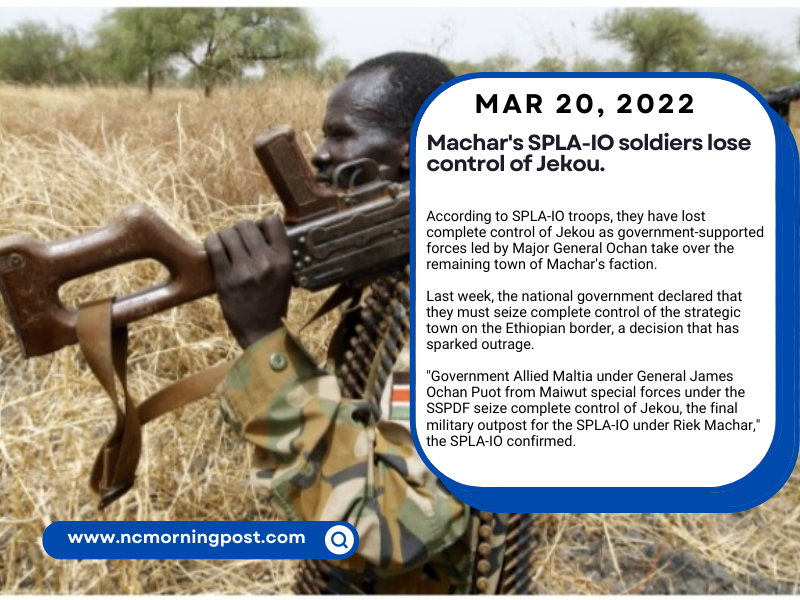 According to SPLA-IO troops, they have lost complete control of Jekou as government-supported forces led by Major General Ochan take over the remaining town of Machar’s faction.

Last week, the national government declared that they must seize complete control of the strategic town on the Ethiopian border, a decision that has sparked outrage.

“Government Allied Maltia under General James Ochan Puot from Maiwut special forces under the SSPDF seize complete control of Jekou, the final military outpost for the SPLA-IO under Riek Machar,” the SPLA-IO confirmed.

More than eight individuals were apparently injured on the SPLA-IO side, mostly by the white army inside chie-Chany, but the deaths have not yet been made public, according to local officials.

According to a report by Bilpam Radio seen by NCMP, many sources in the report affirmed that Dr. Riek Machar’s troops were being driven out of Jekou, Pilual, and Biyien at about 11:00 a.m.

The SPLA-IO soldiers and white army, on the other side, informed the media that they were driven out of town because they had run out of ammunition, but that they were planning to reassemble and reclaim the town at any moment. 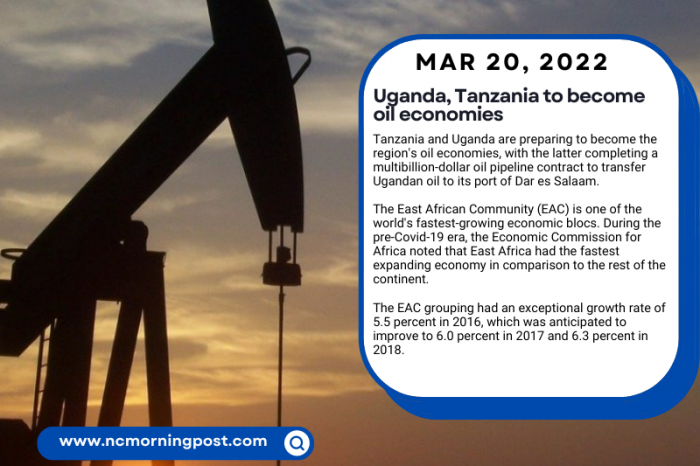 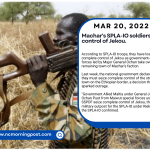