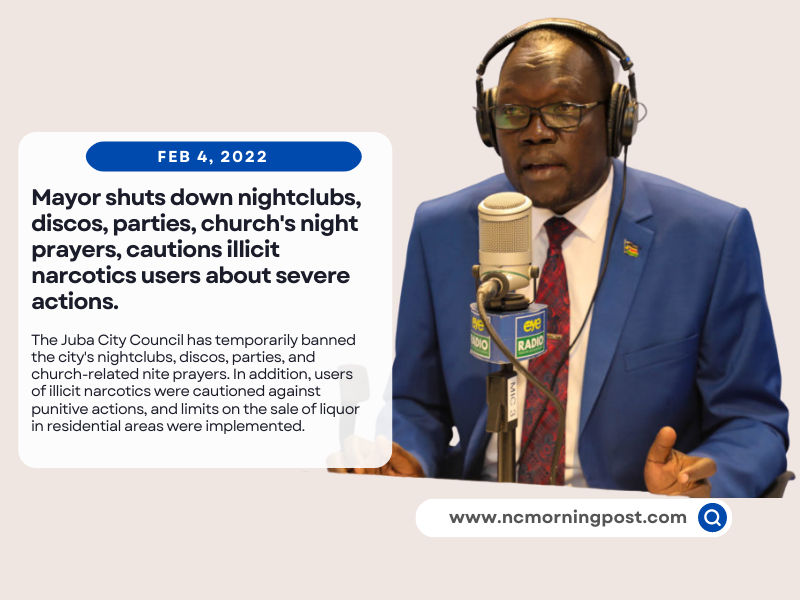 The Juba City Council has temporarily banned the city’s nightclubs, discos, parties, and church-related nite prayers. In addition, users of illicit narcotics were cautioned against punitive actions, and limits on the sale of liquor in residential areas were implemented.

Marungi, opium, sometimes known as bang, and rubber solutions are among the prohibited narcotics. The city’s Mayor, Michael Allajabu, listed the chemicals as illegal in an order dated February 3, 2022.

In a similar decision, Allajabu prohibited the sale, distribution, and consumption of all types of alcohol in residential areas, tea houses, and dining establishments under the council’s jurisdiction.

“Alcohol drinks, beers, and spirits such as Royal Gin, Star Gin, Rhino Waragi, and all other kinds made and imported brand, should be sold and consumed in precisely registered, licensed, and approved venues,” according to the directive.

Hotels, first-class restaurants, wholesalers, bars, lodges, and guesthouses are among the approved locations, according to the Mayor’s ordinance.

Mayor Allajabu also warned liquor stores and businesses not to sell the drug to minors.

The order went into effect on Thursday of this week.

This comes after members of the public complained some weeks ago about excessive alcohol consumption in the city, with many young people becoming inebriated and spouses neglecting household obligations.

According to an ordinance published yesterday by the municipal council, the decision was made owing to what it described as a mushrooming mafia threat to life and property in Juba.

And, as a result, certain churches have caused public disruptions and influenced immoral and criminal conduct among adolescents.

“I, Michael Lado Thomas Allahjabu, Mayor of Juba City, hereby issue this local order for the control and suspension of all discos and DJ operations, church-related trans-night fellowship by some unauthorized church institutions, and all companies disorganizing street promotional activities in Juba,” Michael said in a statement obtained by Eye Radio.

The order was issued on the same day that 10 alleged street snatchers known as the Toronto boys were captured by national security. 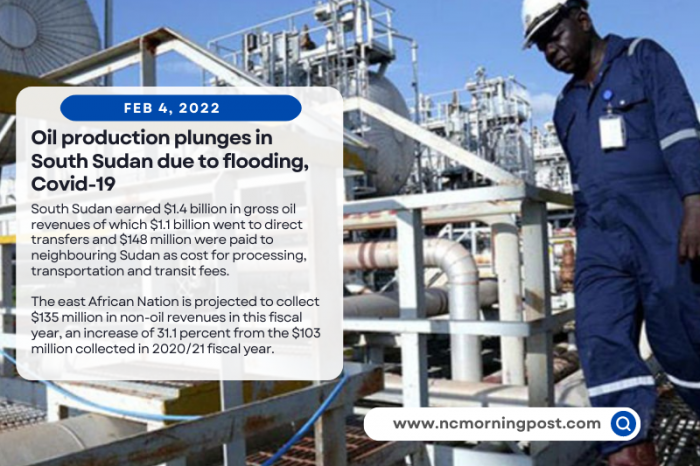 Oil production plunges in South Sudan due to flooding, Covid-19 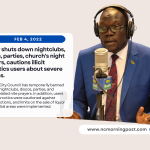