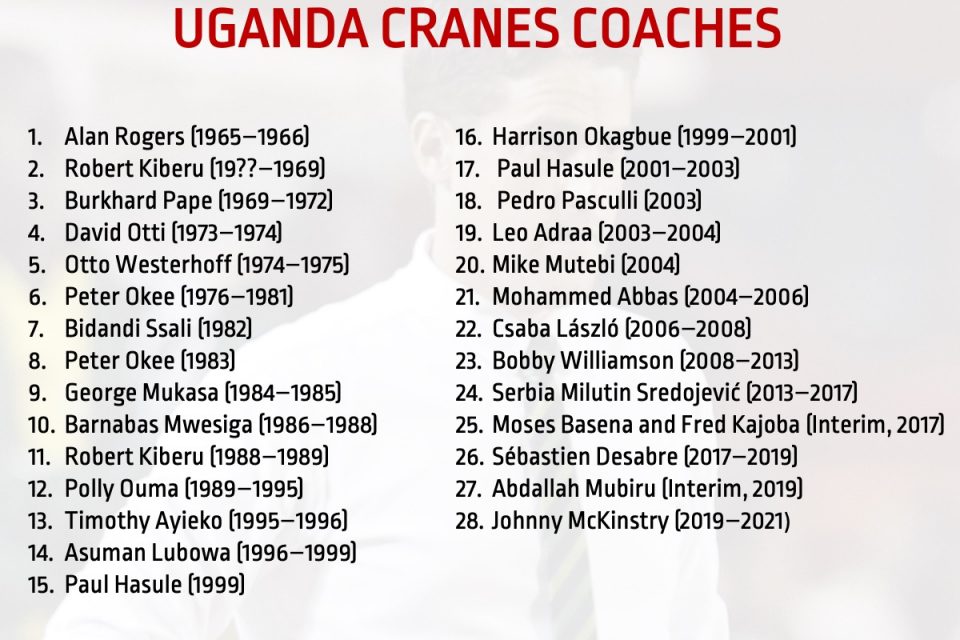 Jonny McKinstry has been suspended as Uganda Cranes coach, less than two years after taking the job from Frenchman Sebastian Desabre.

In a short statement, FUFA asked the Northern Irishman “to step aside” just a few weeks before the national team resume their Africa Cup of Nations qualifiers with a home tie against group B leaders Burkina Faso.

“The Fufa executive committee has asked the Head Coach of the National Senior side-The Uganda Cranes Mr. Johnathan McKinstry to step aside from managing and coaching the team for the period from 2nd- 31st March 2021,” the statement reads in part

“In the meantime assistant Coaches Mr. Mubiru Abdallah, Mr. Mbabazi Livingstone and goalkeeping coach Mr. Kajoba Fred will take charge of the team during this period. The rest of the Technical team remains unchanged.

“Fufa will use the period to assess and monitor the performance of the team,” it ends

McKinstry has been a dead man walking after Uganda’s tame 1-0 win against lowly South Sudan in the Afcon qualifiers which was followed by a similar loss to the northern neighbours in Kenya.ADVERTISEMENThttps://1805e30f96813dc89daadf63b8b3ffc0.safeframe.googlesyndication.com/safeframe/1-0-37/html/container.html

That left Uganda second in group E on seven points, one behind Burkina Faso. Malawi have four and South Sudan three with the group wide open ahead of the final two qualifying fixtures.

In addition, Cranes were abysmal at the Africa Nations Championship (Chan), a tournament of home-based players, Cameroon. Uganda lost two of their three group games to exit the tournament.

His record reads 12 wins, three wins and three losses in 18 gamessage. Cranes face Burkina Faso at home on March 22 and a visit to Malawi on March 30 to wrap up Group B in the 2022 Afcon Qualifiers. 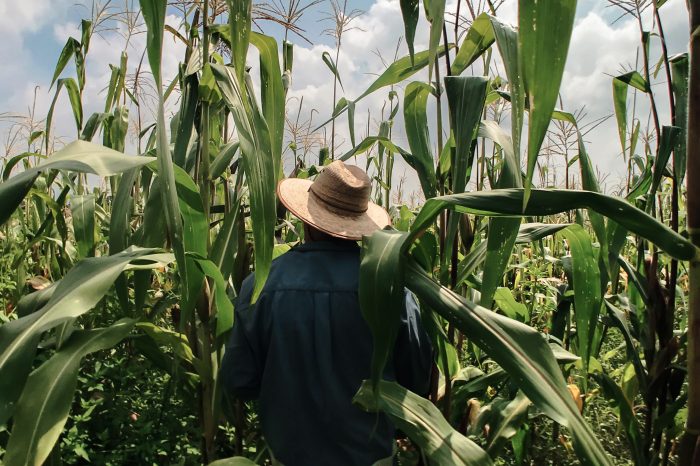 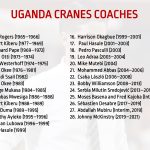