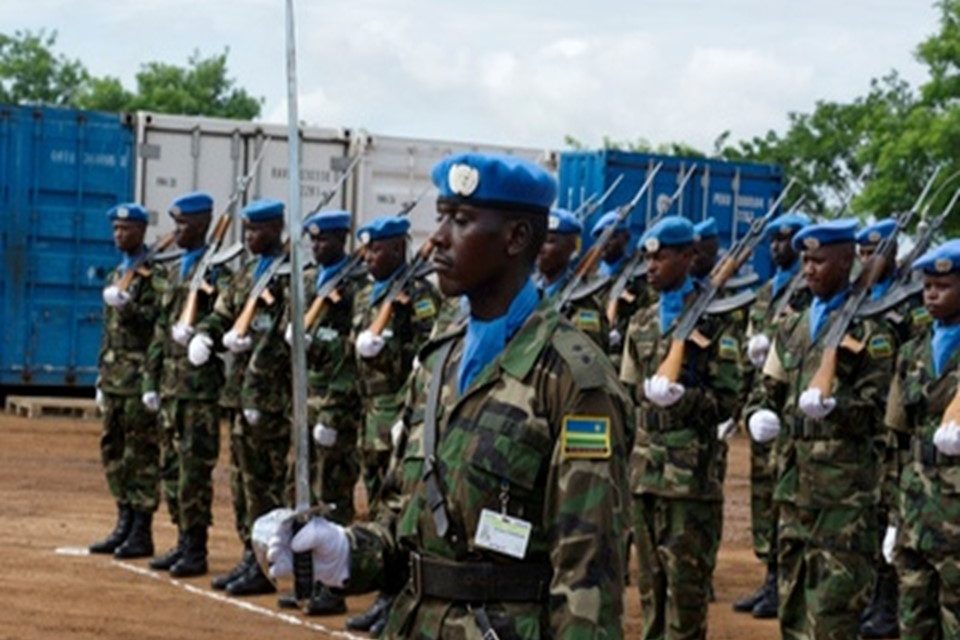 Rwandan troops assigned to the United Nations Mission in Sudan (UNMISS) have been awarded UN medals for their efforts to preserve peace and stability in their assigned areas of duty after almost a year on the job.

The Secretary-General is greeted by an honour guard of Rwandan troops at the UNMISS Tomping Base in Juba on May 6, 2014. (Photo UN)
The event took held on Wednesday at the UN facility in Tomping, Juba.

“We commend the Rwandan brigade for their selfless commitment to the South Sudanese people. Rwandan soldiers have shown their capacity to adapt to shifting operational environments. I also want to highlight the outstanding contribution of female peacekeepers “he said.

The Rwandan troops who were awarded – also known as Rwanbatt-1 – had been involved in a number of operations since their August 13 deployment to the area last year.

According to a statement, the actions include security patrols and civilian protection, including rescue operations; protection of national and international humanitarian actors; and other civic activities in support of the local people.

Maj Aimé Uwimana, acting Commanding Officer of Rwanbatt-1, expressed gratitude to UNMISS’s leadership, the government, and other stakeholders for their support and collaboration.

Almost 20,000 peacekeepers are now assigned to UNMISS to protect people and establish a lasting peace in the conflict-affected nation. Civilians, police officers, and military personnel from 73 nations perform a variety of tasks in accordance with the Security Council’s mission. 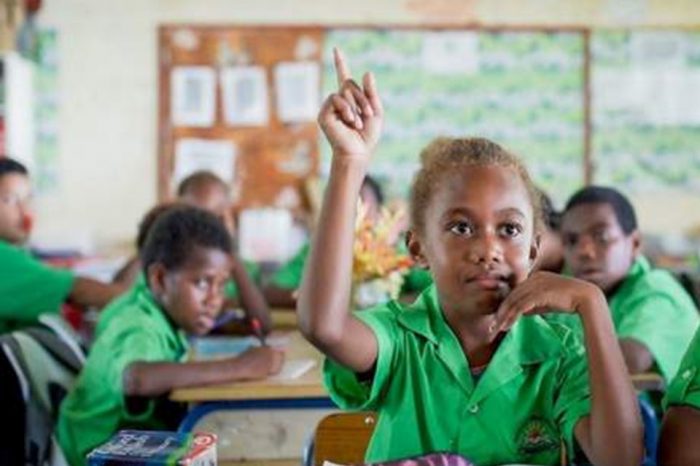 Kenya's president calls on the international community to invest in education. 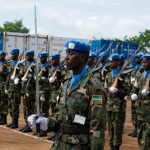