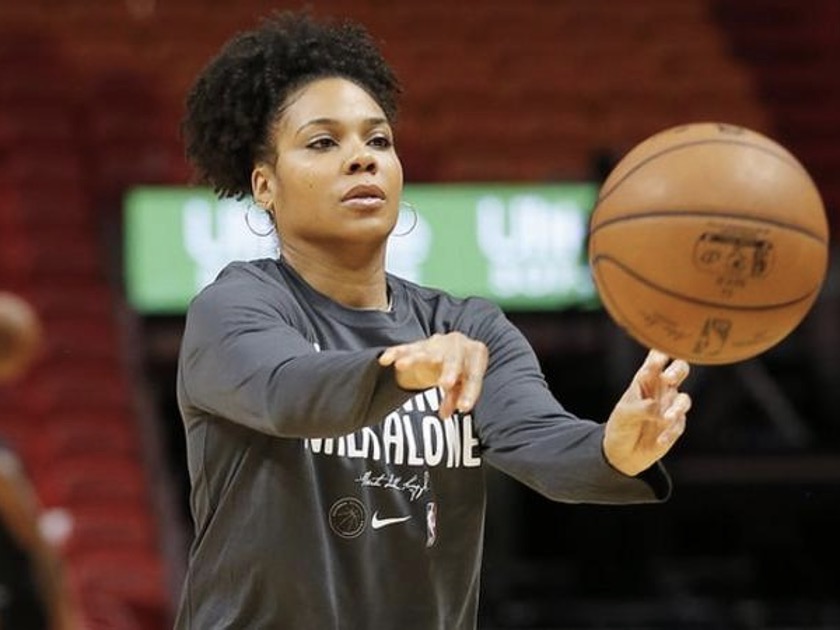 The 36-year-old is set to combine her job with South Sudan with her role as an assistant and player development coach with men’s NBA team the Sacramento Kings.

The former WNBA star is proud of the steps she has taken so far but insists attitudes towards women in basketball need to change even more.

“It’s not how basketball is embracing women, it’s how men are. They tend to be the ones in power making decisions,” she told BBC Sport Africa.

“Time and time again women have to work twice as hard to prove they can do the same job a man can do.

“Stop putting us in a box. That way of thinking has to change and I have hope that it is, we see it happening.”

Harding feels her appointment in April to spearhead South Sudan’s first ever senior women’s basketball national team is another step in the right direction.

“They hired me, a woman, as their coach. I’m so blessed to be a part of something so special,” she enthused.

Her immediate task is to assemble South Sudan’s first ever women’s national basketball team for the Afrobasket pre-qualifiers this July.

“Some of these women have waited their entire life for this moment and it’s finally here,” Harding added.

“We want to inspire, motivate and support all young girls and women in South Sudan and across the continent.

“There is a lot of South Sudanese talent around the world. We are working hard to bring them all together. I am extremely excited. I’m looking forward to getting the team together for a training camp.”

She says that taking up the challenge of the South Sudan job was an easy decision for her.

“Basketball has given me the opportunity to get an education, play professionally, travel the world and learn new cultures and coach at a high level,” she said.

“It has opened many doors for me and I want to pass that on. There is so much talent on the continent.”

Harding knows what it takes to play at the very highest level of the game.

She is part of Duke University’s Hall of Fame, who have also retired the number 10 jersey she wore during her college career that saw her win the 2007 Naismith Trophy as women’s collegiate basketball player of the year.

Her feats for the US university saw her drafted as the number one pick in the 2007 Women National Basketball Association (WNBA) Draft.

She went onto play in the WNBA for nine seasons with six different teams and also also played professionally in Turkey, Russia and Lithuania.

At international level she was named in initial larger squads for the USA but did not make the final cut, instead she decided to play for Belarus as a naturalized player.

She helped Belarus qualify for the 2016 Olympics and went on to play for them at The Games in Rio, where they eventually finished ninth of the 12 participating nations.

After retiring from playing Harding was hired in 2018 by men’s team the Philadelphia 76ers to become the NBA’s first African American female pro personnel scout.

A year later she was promoted at the 76ers to the role of player development coach before her move to the Kings.

Someone who has known Harding since their college days together at Duke is the former NBA star and now president of the South Sudan Basketball Federation, Luol Deng.

“I can sincerely say that more than her basketball pedigree, it’s who she is as a person that is our biggest win here,” the ex-Great Britain player said.

“She’s consistently expressed an interest in helping grow the game of basketball in South Sudan, and I’m genuinely grateful to know our women will have an amazing person leading their development and journey onto the world stage.”

Harding is also happy to be working with Deng’s federation.

“I’ve had wonderful conversations with the federation. Their mission aligns with who I am, I definitely had to be a part of it,” she insisted.

Talent in the diaspora

As well as all her playing and coaching experience Harding has also spent time working with Giants of Africa, which was set up by the Toronto Raptors president Masai Ujiri and organises basketball camps across the continent.

Her time with the project has helped her realise that women’ basketball in Africa is not as vibrant as the men’s game.

“When you are watching a team play, representing your country, you can’t help but be proud,” she added.

We want to make the people of South Sudan proud and make true fans out of them.”

“We can’t expect everything to be solved in one day but if we continue to push forward, and not settle for less than what we deserve, the next generation will be in a much better situation.”

“One of my favourite quotes is: ‘We will take the stairs so the little girls behind us can take the elevator’.

“We want to be the top rated team (country) in Africa. We want to qualify for the Olympics in the future. We set our sights high. “

Before she can achieve that goal she has more modest targets on the horizon with July’s AfroBasket Zone 5 qualifiers in Cairo, Egypt in July.

This will be the first time in history that South Sudan will be represented at a women’s basketball competition and are set to face hosts Egypt, Burundi as well as neighbours Kenya and Uganda

Harding is grateful that the federation are making sure her team have the best possible chance of qualifying for September Women’s AfroBasket finals.

“They (the federation) are putting the same efforts and resources as they did with the men’s national team towards the women. They are making a huge statement,” she said.

“The immediate challenges are having a tournament during a pandemic. Connecting with all of our eligible players around the world. There just isn’t a lot of time until tournament play.”

Harding does have some talent based around the globe available to her – including Aduk Bulgak the first South Sudan-born player in the US’s WNBA, who has signed for a Spanish club as she works on a return after the birth of her first child.

Several other players are in the US college system including Australia-born Nyaduoth ‘Nya’ Lok at George Washington and Nyamer Diew with Iowa State.

Acheil Tac, who is currently looking for a club, has plenty of experience having played for the University of North Texas before stints in Europe in Switzerland, Czech Republic and Greece.

“There are a lot of great players around the world. I have a group of us working on that at the moment. And yes a good headache to have,” Harding admitted. 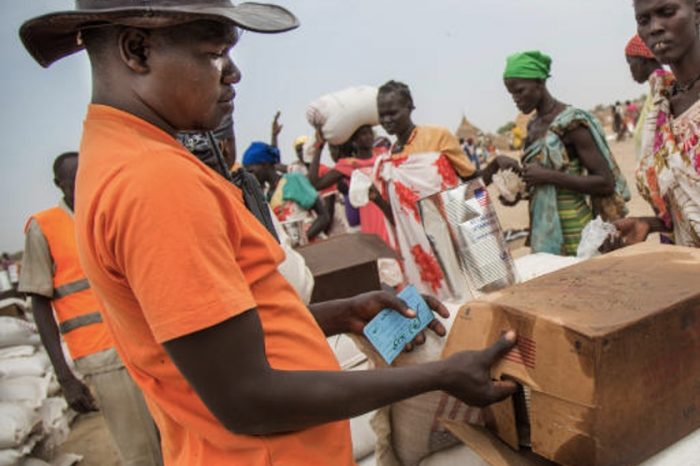 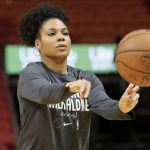