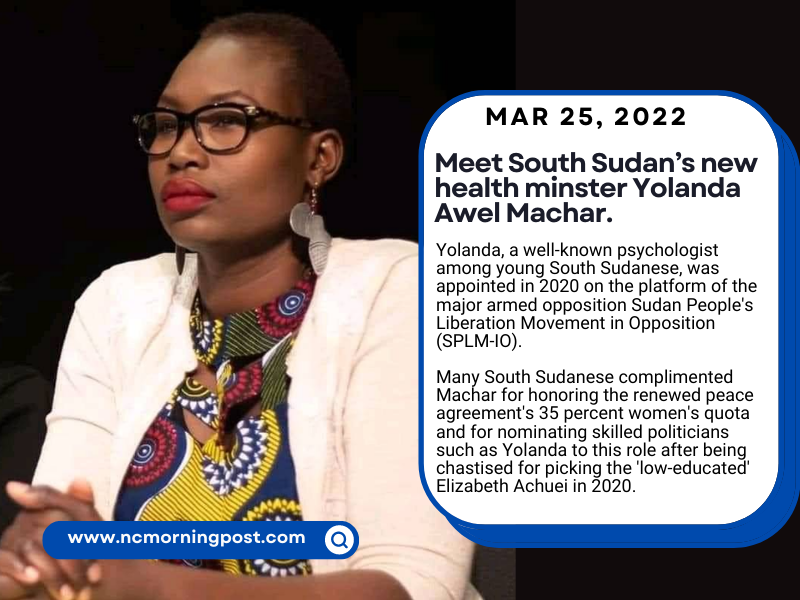 Yolanda, a well-known psychologist among young South Sudanese, was appointed in 2020 on the platform of the major armed opposition Sudan People’s Liberation Movement in Opposition (SPLM-IO).

Many South Sudanese complimented Machar for honoring the renewed peace agreement’s 35 percent women’s quota and for nominating skilled politicians such as Yolanda to this role after being chastised for picking the ‘low-educated’ Elizabeth Achuei in 2020.

So, who is South Sudan’s new health minister?

Yolanda Awel Deng Juach is from South Sudan’s Warrap state and earned a bachelor’s degree in psychology from the University of Saskatchewan in Canada.

She eventually earned a Master of Arts in conflict analysis and management from Royal Roads University in Canada.

In September 2011, she married Agel Ring Machar, a former Press Secretary in the office of then-First Vice President Taban Deng Gai. They are the parents of four children: two girls and two boys.

According to Hot in Juba, Mrs. Machar attended numerous colleges to specialize in dealing with vulnerable and specialized groups. She also collaborated with the United Nations on issues involving ex-child soldiers, women, and health officials in Africa.

Last year, she was elected to the reconstructed interim national legislative assembly as a member of the major armed opposition group’s ticket, representing Twic County in Warrap state. 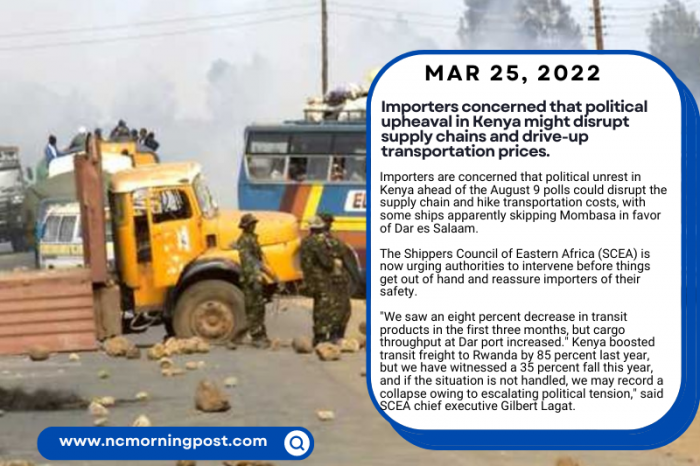 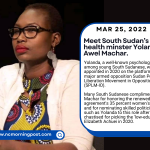