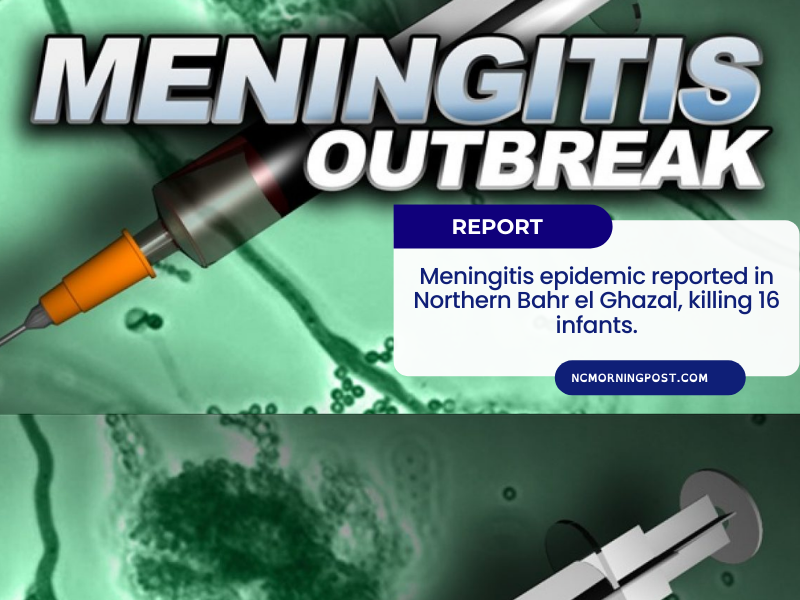 According to health authorities in South Sudan’s Northern Bahr el Ghazal State, around 16 children under the age of five have died of meningitis in the previous two weeks.

The state ministry’s Director-General, Aleu Pioth Akot, revealed in a Radio Tamazuj broadcast viewed by NCMP that despite attempts by the health ministry, the illness has spread across the state.

According to him, the instances were recorded between mid-April and today.

“We have 16 deaths out of 155, and the intended age range is children aged one to five years. Some occurrences occurred in the counties, while others occurred in Aweil “Pioth said.

He said that the government and its partners collected samples for testing to determine the kind of meningitis before declaring a meningitis epidemic in the state.

“They died of meningitis, but there is no definitive proof of which sort of meningitis killed this large number. The samples are being sent from here to South Africa through Juba, and personnel are currently working, although no epidemic has been declared as of yet. We are just waiting for them “He elaborated.

“We have already reported the meningitis cases to the state ministry of health via the emergency team in Aweil West.” One instance occurred in Udhum and the other in Marial Baai “Dr. Wol brought this up.

Wek Garang, Executive Director of the Peace Culture Association (PCA), on his part, has encouraged the government to take the lead in battling the illness and has said that the government must give healthcare to its people.

Meningitis, according to the World Health Organization, is a potentially fatal inflammation of the membranes that protect the brain and spinal cord caused mostly by bacterial and viral infection.

Meningitis caused by bacterial infection is the most dangerous, killing over 250,000 people each year and causing epidemics to spread quickly.

It kills one in every ten infected individuals – typically children and teenagers – and leaves one in every five with long-term disabilities such as seizures, hearing and vision loss, neurological damage, and cognitive impairment. 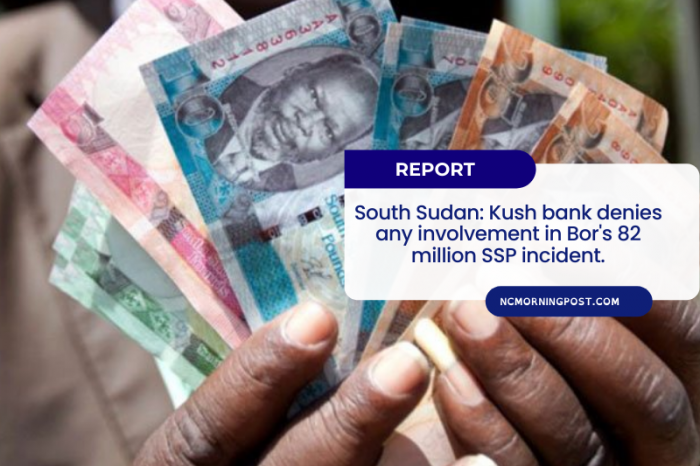 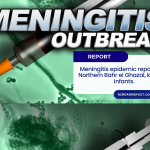