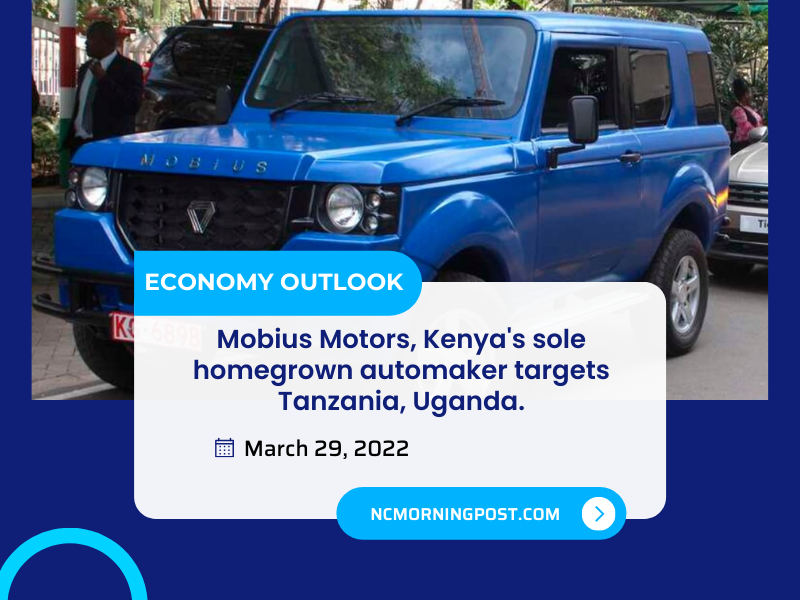 Mobius Motors, Kenya’s only domestic carmaker, intends to increase manufacturing of its second-generation model with an eye toward the regional market, which includes Uganda and Tanzania.

The company, which pioneered the creation of a stripped-down vehicle model for African roads in 2014, is banking on the spruced-up Model II, which costs Ksh1.5 million (about $13,000), to fuel regional development.

The first-generation automobile is no longer available. Only 50 units were built as a proof of concept, and they traveled over 1.6 million kilometers on Kenyan highways.

“Production of this car (Mobius II) is ramping up throughout 2022,” the company confirmed via email.

“Of course, new plans are in the works, inspired by the reception of the current models.” However, we will address them when the time comes. “These involve expanding into other nations in the area as well,” the company added, without providing any details.

A dramatic rise in the pricing of imported used automobiles is shifting the market toward domestically built cars, local resale, and trade-ins, allowing manufacturers like Mobius to expand sales.

Used car prices have risen by an average of 37% in the last six months as demand outstrips supply due to worldwide production cutbacks, pushing low-priced automobiles such as the Nissan Note and Vitz beyond the one-million-shilling level.

As a result of shortages of semiconductors used in electrical devices, as well as other resources such as copper, aluminum, and cobalt, dealers are now facing greater competition from customers in source countries such as Japan and the United Kingdom.

Most purchasers in developed countries would normally purchase new automobiles, but due to scarcity, have resorted to buying used ones.

Economic anxiety caused by the Covid-19 outbreak has also caused customers in the developed world to hold their automobiles for longer than normal, restricting supply to Kenya, which is reliant on imports.

Mobius cars have a high amount of local content, which adds value to the extended supply chain.

“The Mobius 3 is priced at Ksh3.95 million ($34,000) minus VAT.” “When compared to an identical second hand used foreign car, the pricing is really affordable for a big SUV with zero millage and a full 3 years/60,000km guarantee,” Mobius added.

As a growth plan, the company said that it would continue to upgrade its SUV models rather than branch out into other automobile lines.

“Product development is an essential component of the Mobius approach.” We do have strategies in place to enhance the product offering on an ongoing basis. “We plan to stay relevant by providing our consumers with outstanding value for money without sacrificing quality,” the company said.

The company was formed in 2009 by British entrepreneur Joel Jackson, who identified a market for the Mobius while working in rural Kenya. 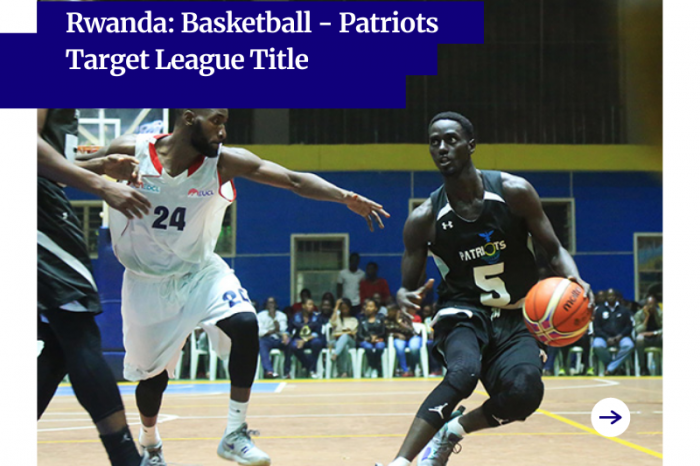 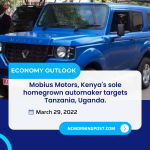