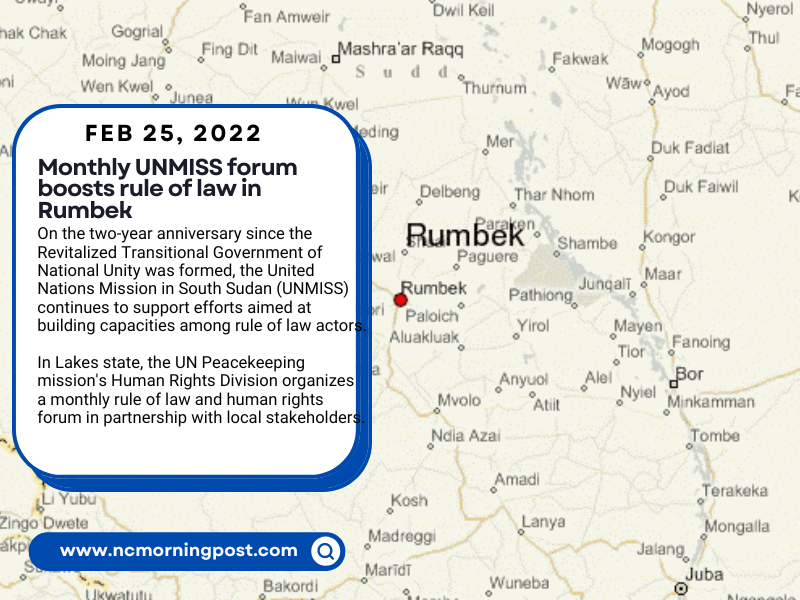 On the two-year anniversary since the Revitalized Transitional Government of National Unity was formed, the United Nations Mission in South Sudan (UNMISS) continues to support efforts aimed at building capacities among rule of law actors.

Members of the South Sudan People’s Defence Forces, the South Sudan National Police Service, and customary, special, and high courts, as well as youth and women, attended this month’s forum.

Discussions will be focused on transitional justice mechanisms, the role of the government in upholding human rights, and recent challenges faced by rule of law actors related to the protection of people’s rights.

John Oziegbe, a UNMISS Human Rights Officer, says he believes it is essential to monitor and report human rights violations, including instances of sexual or gender-based violence.

To build a lasting peace in South Sudan, all stakeholders must ensure that women and girls’ rights are respected,” said Mr. Oziegbe.

A free and frank discussion took place at the interactive forum, including unlawful detentions of civilians in military facilities, which undermines the right to a fair trial.Daniel Lat Kon, state coordinator of the Community Empowerment for Progress Organization (CEPO), sees this as a serious violation of human rights.

The appropriate authorities must detain citizens who have been accused of crimes, in this case the police, until they can be tried according to the law. Civilians should not be detained or questioned by military personnel,” Mr Kon stated.

A backlog of pending trials prevented humane treatment of inmates in overcrowded prisons. The discussion also touched on appropriate handling of juvenile suspects.

Several recommendations were made for improving justice delivery across the state at the end of the meeting. 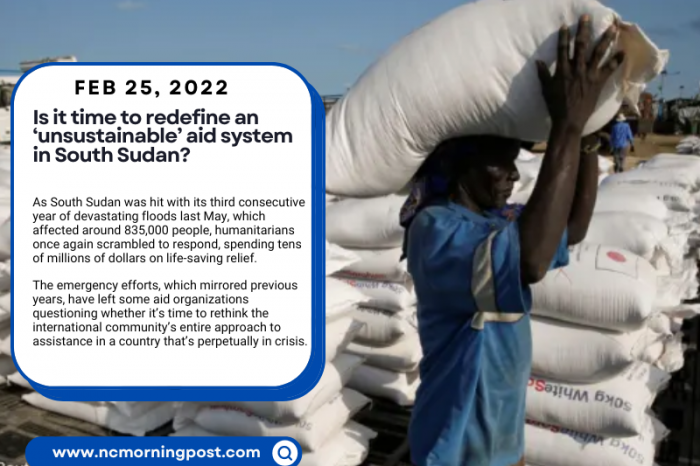 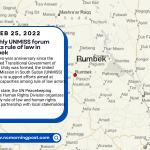