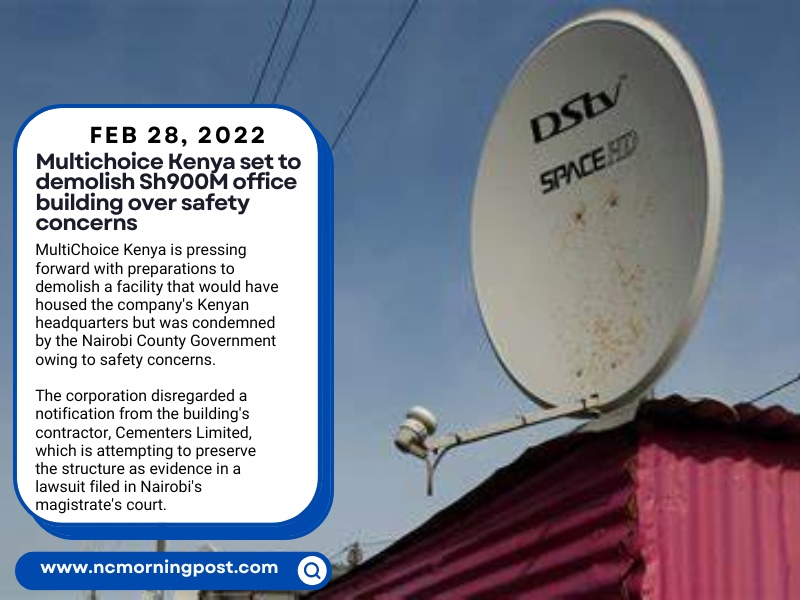 MultiChoice Kenya is pressing forward with preparations to demolish a facility that would have housed the company’s Kenyan headquarters but was condemned by the Nairobi County Government owing to safety concerns.

The corporation disregarded a notification from the building’s contractor, Cementers Limited, which is attempting to preserve the structure as evidence in a lawsuit filed in Nairobi’s magistrate’s court.

“The proposed MultiChoice Kenya Offices, for which Cementers Limited was the contractor, are being demolished in accordance with Enforcement Notices issued by the County Government of Nairobi condemning the said building and requiring its immediate demolition due to safety concerns,” Multichoice said in an evening statement.

MultiChoice, the nation’s largest pay-TV provider, said that it is just complying with the notice, emphasizing that the demolition would be carried out with “utmost professionalism and care for the personnel engaged and the communities next to the site.”

MultiChoice has already issued a Request for Quotations for the position of Project Manager to supervise and manage its impending project of destroying the building along Oloitoktok Road in Kileleshwa, Nairobi (RFQ). The deadline for quotation submissions was February 18, 2022.

According to the corporation, the building, valued at over Ksh1 billion, is not an exhibit in any of the parties’ pending civil, arbitral, or criminal actions.

MultiChoice Kenya said yesterday that the destruction has nothing to do with the current legal dispute between the company and Cementers Ltd.

“Those processes do not apply to the destruction of the structure, and any false allegations made against MultiChoice Kenya are libellous and will be handled via legal channels,” it states.

“We take notice of the blatant misrepresentation of our legal compliance with this demolition order in order to throw doubt on MultiChoice Kenya; these assertions are categorically repudiated and have no basis in reality.” 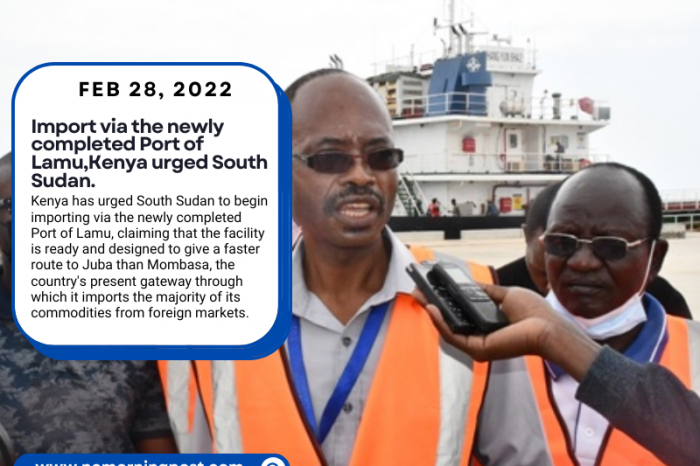 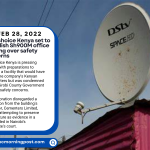