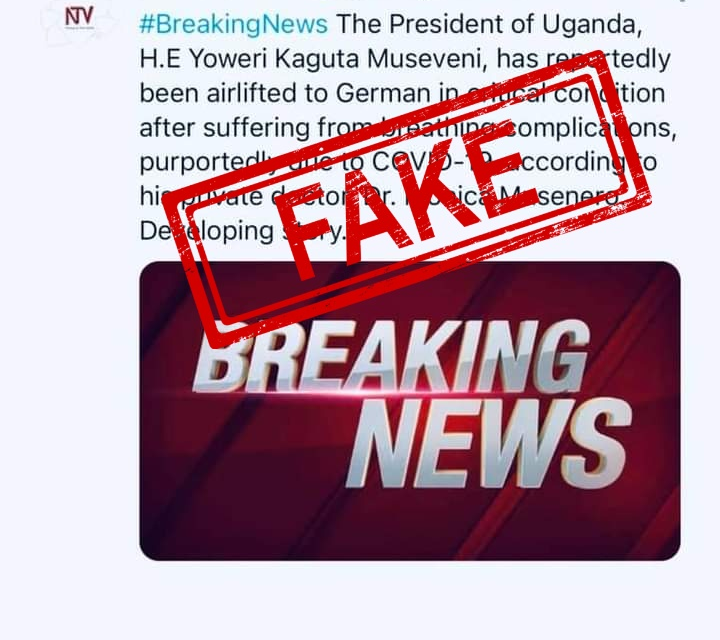 It was alleged that the Head of State had been airlifted to Germany in a critical condition after suffering from breathing complications, purportedly due to Covid-19 complications.

That was enough to raise fears in the country but as we are speaking, things have calm down after NTV Uganda took immediate action.

Through their official twitter account, NTV Uganda broke their silence as they cleared the air on the sickness news of President Museveni.

The media house claimed that the news about Museveni being sick and airlifted was just a fake news.

They urged all the people to disregard the news and treat it with the contempt it deserves.

“FAKE NEWS ALERT: Please, disregard this fake news post being shared and attributed to NTV Uganda and treat it with the contempt it deserves. NTV Uganda has not shared any such information on any of its platforms. Beware of those using social media to spread #FakeNews.” Tweeted NTV Uganda. 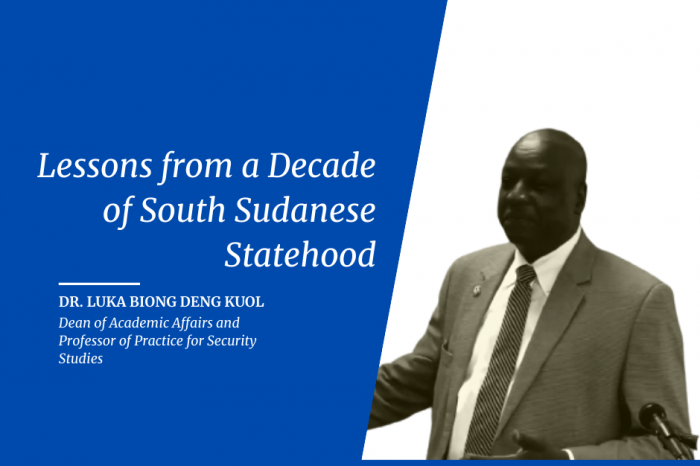 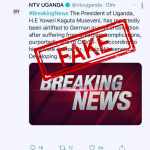