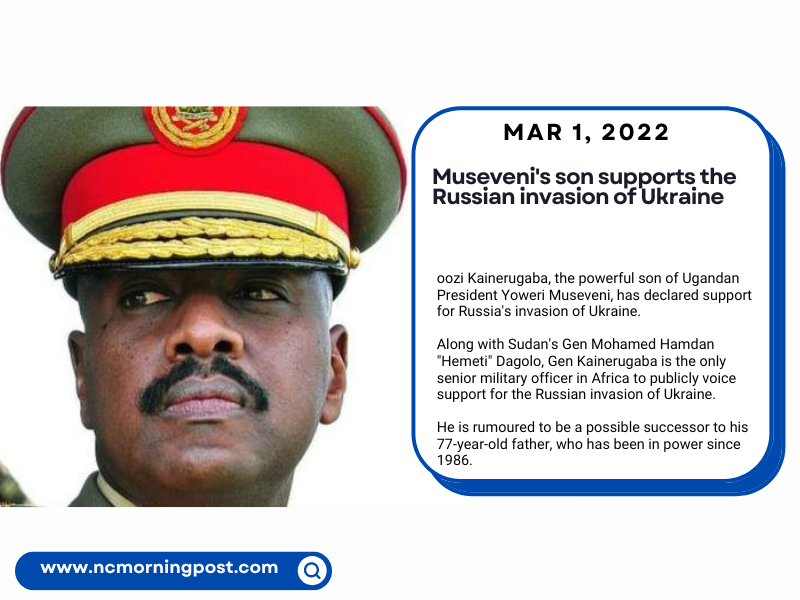 The commander of Uganda’s ground forces, Gen Kainerugaba, tweeted that “the bulk of humanity (non-whites) back Russia’s position in Ukraine.”
“Putin is dead on!” he said.

“In 1962, when the Soviet Union stationed nuclear-armed missiles in Cuba, the West was prepared to blow up the whole globe over it. Now, when Nato does the same, Russia is expected to behave differently.”

His 77-year-old father, who has been in power since 1986, is rumored to be a likely successor.

Russia’s invasion has been criticized by the West African regional organization Ecowas, while the African Union has urged on Moscow to maintain Ukraine’s “territorial integrity.”

The foreign affairs ministry of South Africa has asked for Russian soldiers to leave Ukraine.

Gen Kainerugaba also retweeted Andrew Mwenda, a notable Ugandan journalist, who said that “even an amateur in world power politics can realize that Moscow can never accept Ukraine’s entrance to Nato and the EU, since it constitutes an existential danger to Russia!”
“What’s the point of pushing for it?” 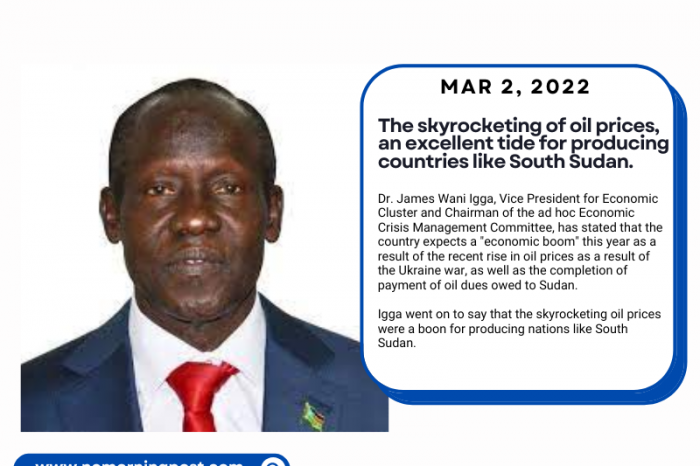 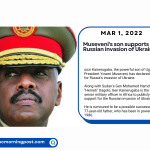