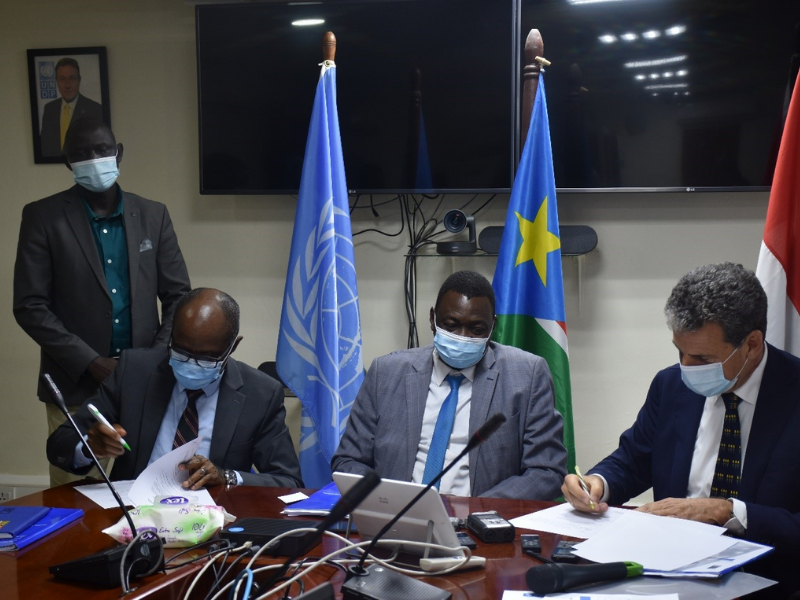 The Kingdom of the Netherlands and the United Nations Development Programme (UNDP) inked a $14.14 million cooperation agreement Monday to improve access to justice, security, and promote human rights in South Sudan.

The deal will last four years and will assist the renewed peace accord on topics such as the constitution, law changes, and justice sector reform, as well as chapters two and five on security reform and transitional justice.

The new funding, according to UNDP Resident Representative Dr. Samuel Doe, would aid in the implementation of chapters one and five of the renewed peace agreement.

It is the second agreement after a $12.355,430 collaboration agreement signed by UNDP and the Kingdom of the Netherlands in 2014 to support the same course.

“We are signing a four-year agreement for 14, 355,430 dollars starting in August and ending in October,” Doe stated.

He said that UNDP will continue to engage as a development partner with the government to ensure that people depart in peace and in a fair, peaceful, and responsible society.

Part of the money, according to Dr. Doe, will be used to assist the government’s continuing efforts to improve institutional capabilities in the nation.

“For example, the police force should be expanded to include the neighbourhood. Is a police station required, as well as equipment, training, and capacity development? Dr. Doe said, “Those are the topics the programme is looking at.”

Meanwhile, Jan Huesken, the Netherlands’ deputy ambassador and head of cooperation in South Sudan, emphasised the significance of access to justice and the rule of law, which he described as “essential” to any growing society such as South Sudan.

He said that the Kingdom of the Netherlands would open its doors to assist South Sudan in achieving its full potential via development initiatives.

“We are delighted to be here today because every growing society need a rule of law foundation, as well as access to clear rules and laws to guide and encourage the process,” Huesken said.

In a statement, he said, “You must educate our professionals to celebrate human rights and ensure that every South Sudanese may enjoy and experience the human rights to which he is constitutionally entitled.”

Huesken encouraged the government to continue to incorporate personal practises into common laws so that individuals may farm without fear of violence.

“Everyone has equal access to justice to seek restitution if they feel aggrieved and have not been in wrongdoing in this respect,” he added, adding that “the rule of law would have to provide this and that is why we are signing this contract.”

On behalf of the government, Director-General Joseph Marko of the Ministry of Judicial and Constitutional Affairs, who attended the signing of the cooperation agreement, expressed gratitude to the Kingdom of the Netherlands for its assistance in strengthening the country’s justice system.

He claims that inadequate access to justice is one of the main causes of conflict and bloodshed in South Sudan because individuals tend to violate the rights of others when there is no rule of law.

“We, the government of South Sudan, and the rule of law sector, are committed to working with UNDP to achieve rule of law and sustainable human rights,” Marko said. 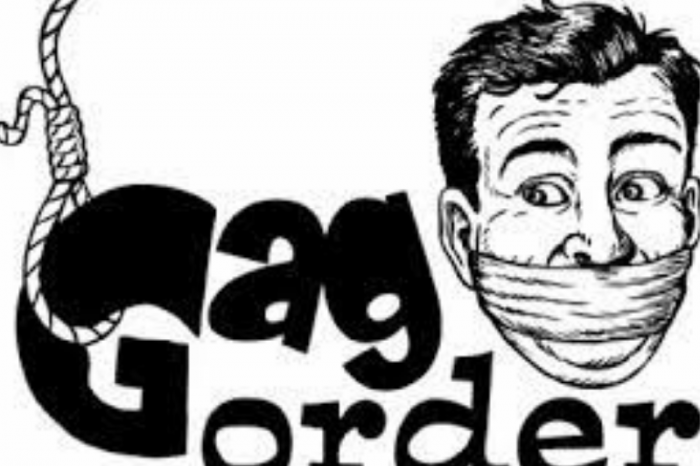 W. Bahr el Ghazal: Media outlets barred from speaking to gov't officials, except for the governor and d. governor. 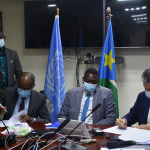