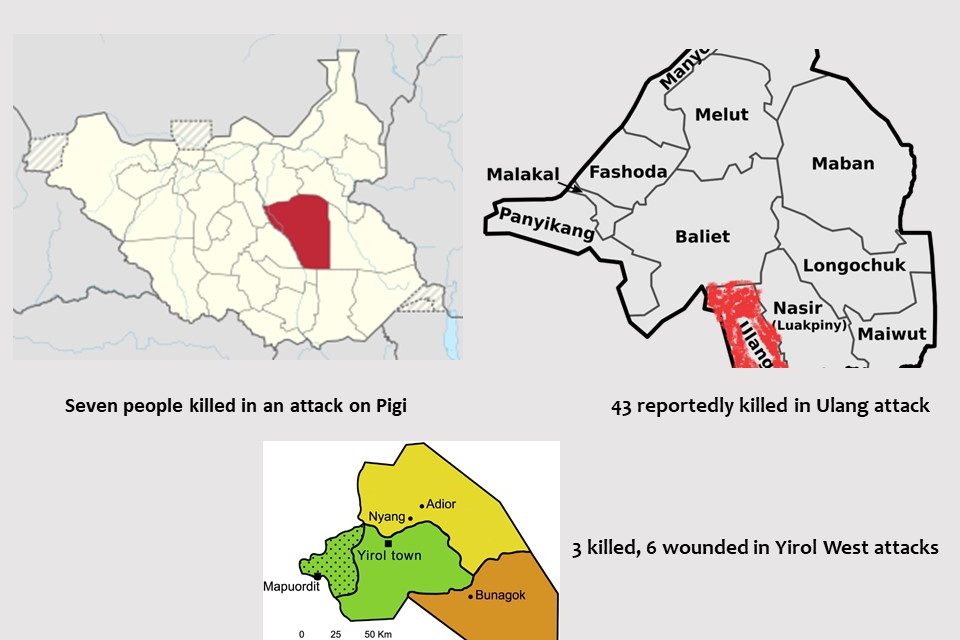 Recently in a report seen by NCMP, the County Commissioner in Pigi county say at least seven people were killed in suspected cattle-related fighting.

In his narration in a publication by a Juba-based media house, He said the youth who were within the area repulsed the attackers and killed one attacker. They pursued them for over 3 hours. He further broached that among those wounded is a 65-year-old man and many others wounded are receiving treatment at the Malakal hospital.

Also, it will be recalled that about 43 have been also reportedly killed in another revenge attack in Ulang, according to the state information minister, the deadly revenge-like violence was sparked by the killing of a young man in Ulang County last month.

In Yirol West county, last week, about three people were killed and six wounded in an attack, according to authorities in Lakes State, the attack was a revenge attack. Cattle raiding and revenge attacks alone cannot explain the violence in South Sudan, but its role in the current conflict cannot be ignored.

Cycles of raids and retaliatory counter-raids between communities sow the seeds of resentment that allow armed youth to be mobilized rapidly by political leaders.

It need not be such a tinderbox. The next serious push for policies to resolve the conflict in South Sudan should begin now, and it should depart from past efforts by adopting an approach that encompasses all levels of cultural authority.

As the government is in the process of making its permanent constitution, all the actors need to be involved in order to curtail Cycles of raids and retaliatory counter-raids between communities, failure to genuinely integrate these actors into the process will only yield a peace constructed by outsiders and not respected by the raiders and armed groups who lend military credibility to political movements. 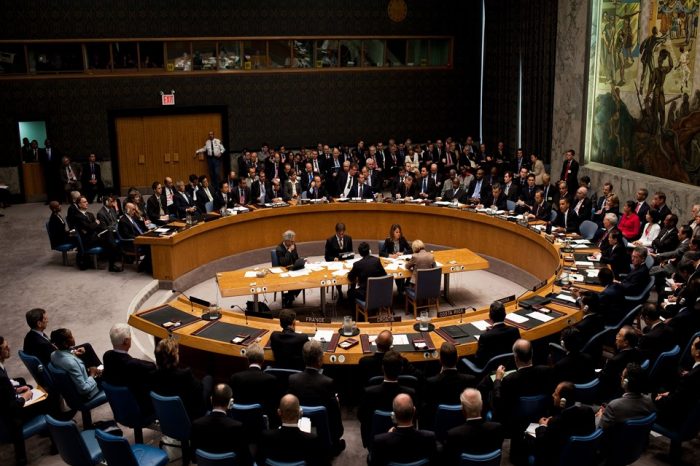 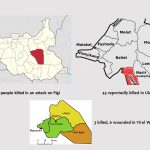