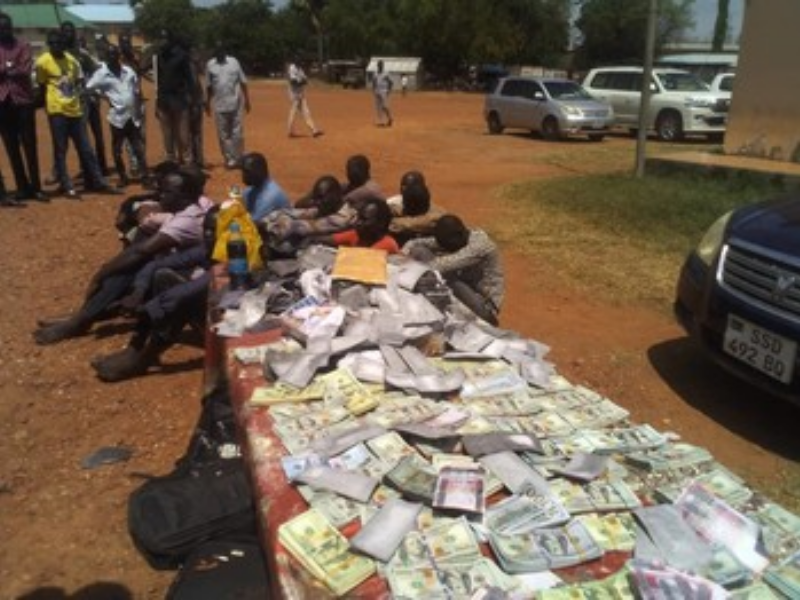 The South Sudan National Security Service (NSS) detained 14 people in the capital city of Juba on Thursday for allegedly possessing more than $90 million.

“The National Security Service has announced the arrest of 14 offenders in possession of forged 93 million dollars and 400,000 South Sudanese pounds.

The National Security Service and the Internal Security Bureau hereby notify the public that the operation division apprehended criminals in possession of various counterfeit monies and other illegal possessions today (November 4th, 2021) “According to NSS spokesperson John David Kumuri, who spoke to reporters at the National Security Division.

“As a consequence of the initial surveillance and counter-operation initiated by the operation division surveillance team, the arrest is certain.”

According to David, they recovered 88 million false dollars, powdered chemicals, and uniforms of the country’s organized forces.

Before detaining the 12 South Sudanese, one Liberian, and one Guinea Bissau nationals, the authorities claim they were tipped off by civilians.

One of the suspects, a Liberian citizen named Beka Nyeka, admitted to running the business in South Sudan for nearly seven years.

“I agree to launder false dollars because I really need the money and am in pain. I can’t be hungry when I can wash cash or sell chemicals. In 2014, I was detained and then released. But now I’ve been arrested “Nyeka said.

Nyeka, who arrived in South Sudan in 2010, denied knowing about any criminal network in the nation.

The NSS further said that anybody who has lost goods among those confiscated should go to the police station and identify themselves.

According to Section (156) of the South Sudan Penal Code Act, anybody who counterfeits or knowingly participates in the act of counterfeiting any coin or note commits an offence and, upon conviction, is punished to imprisonment for a period not exceeding seven years and may also be fined. 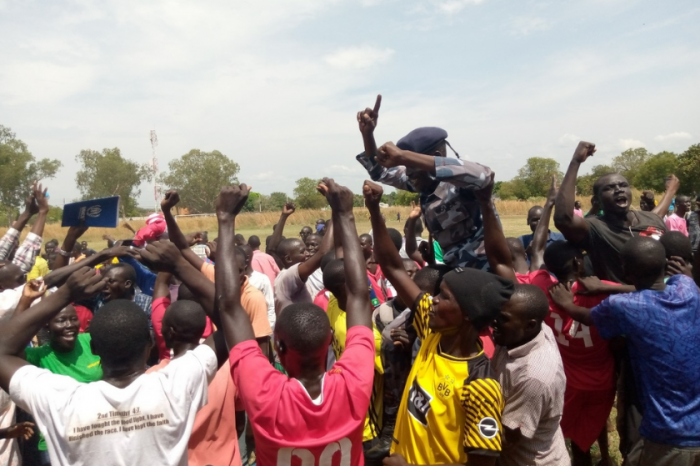 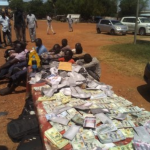