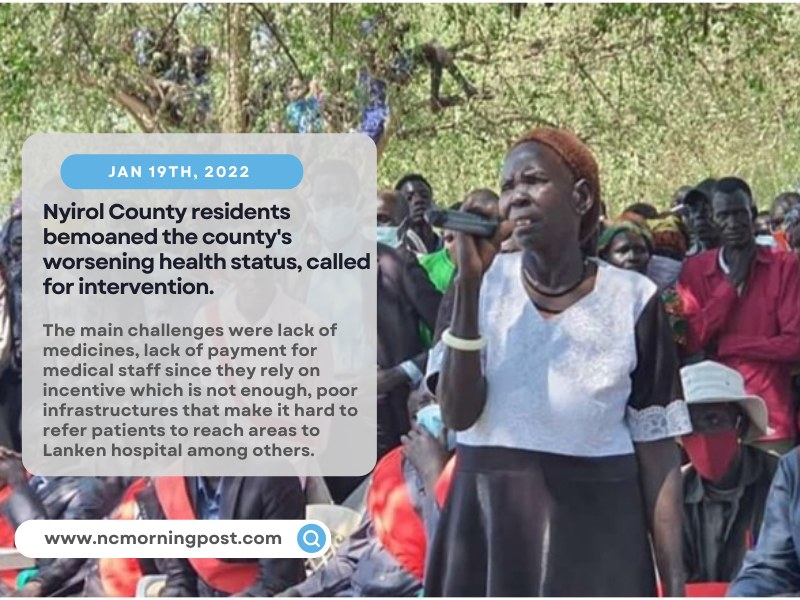 Residents in Jonglei state’s Nyirol County bemoaned the area’s worsening health status and asked with the governor to intervene.

During the governor’s visit to the area last week, the commissioner of Nyirol County, Bol Makuei, lamented the county’s poor health status and begged with the government to intervene.

He disclosed that the county lacked basic health-care facilities and medications.
Bol urged neighborhood people, state officials, and the federal government to work together to address the area’s worsening health status.

Denay Jock Chagor, governor of Jonglei state, reiterated the county’s absence of essential services.
“I came here to discover precisely what the issues are in this county,” Jock said. “But from what I just heard from them, the challenges are so many that this area lacks every fundamental service nothing in this county.”

He assured that the state and national governments will work together to address the crisis.

“As a state, we will go back and examine precisely what we can do,” he added. “More significantly, the central government can throw its weight behind this because there are specific things that need central government involvement.”

“We recognize that as a community, we will overcome these issues, and as a state, we will work tirelessly to ensure that we address them,” he continued.

He thanked the group and asked them to continue cooperating in order to provide the people with the services they need.

“I am very grateful to all the team that came with me from the two parliaments as well as from the state, the ministries, undersecretaries, and people who came with me, they all came here to understand and see for themselves, and from what we have seen from this country, it requires our intervention,” he said.

“It requires state involvement, national government intervention, and NGOs to see what they can do, from health to education, from roads to connection,” he continued.

“Many came here as the Lou community to see what we can achieve as a community, and the duty of the state would fall to the state,” he said.

He urged locals to have faith in their government, stating that the state is prepared to act.

“My message is that they should not give up faith that the state and national governments would look into their problems.” “When I return on day one, I will focus on seeing what we can do on the same level as the state to tackle some of the difficulties,” he added.

Bol also urged the other commissioners to be steadfast and support the peace deal.

According to Atong Kuol Manyang, state Minister of Health, the primary issues were a shortage of drugs, a lack of funding for medical personnel since they depend on incentives, and weak infrastructures that made it difficult to send patients from outlying districts to Lanken hospital, among other things.

“In fact, I saw one guy being carried on a bedsheet, fastened to poles around his shoulders,” she said. 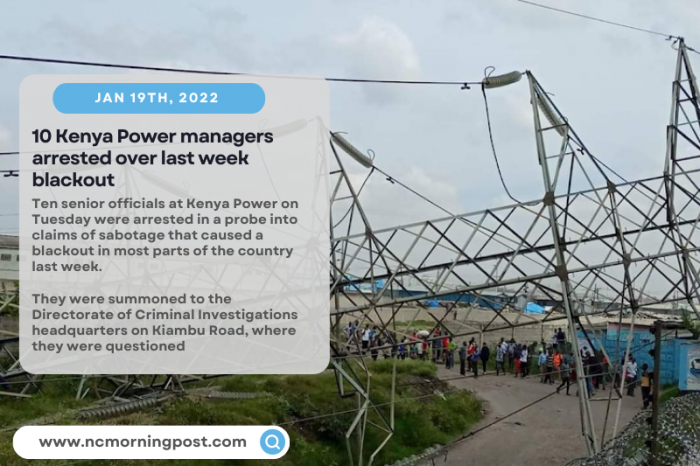 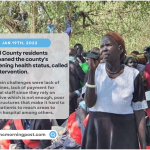