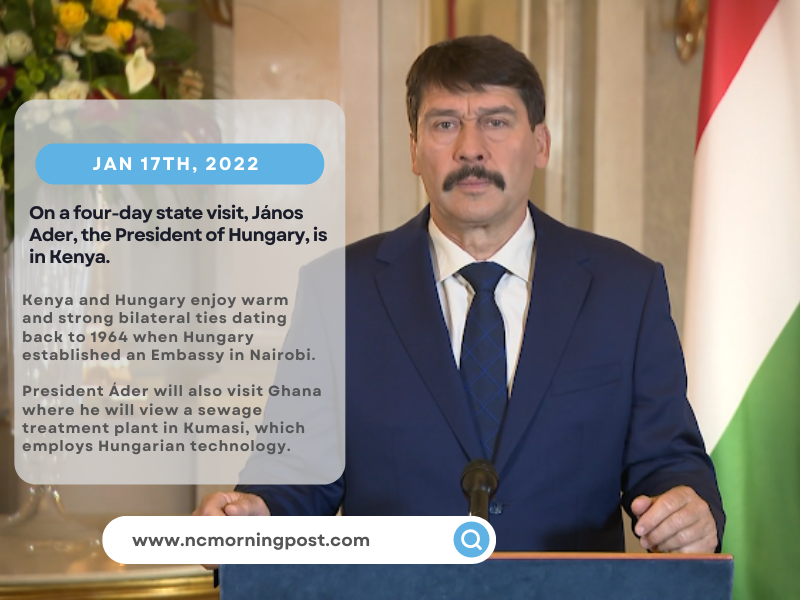 During his visit, Mr.der will conduct bilateral conversations with President Uhuru Kenyatta.

On Sunday, János Der, President of Hungary, came to Kenya on a four-day state visit. On Monday, Der was greeted by the president and given a 21-gun salute at the State House.
Hungarian President János DER is regarded as a ceremonial leader in his own country. However, this may fit with his efforts to strengthen connections with other countries.

Der is likely to meet with Uhuru in private. Earlier, the Hungarian president, joined by government officials, planted a tree at the United Nations Office.

Kenya and Hungary have had friendly and strong bilateral relations since Hungary opened its embassy in Nairobi in 1964.

President DER will also go to Ghana, where he will see a sewage treatment project in Kumasi that uses Hungarian technology. 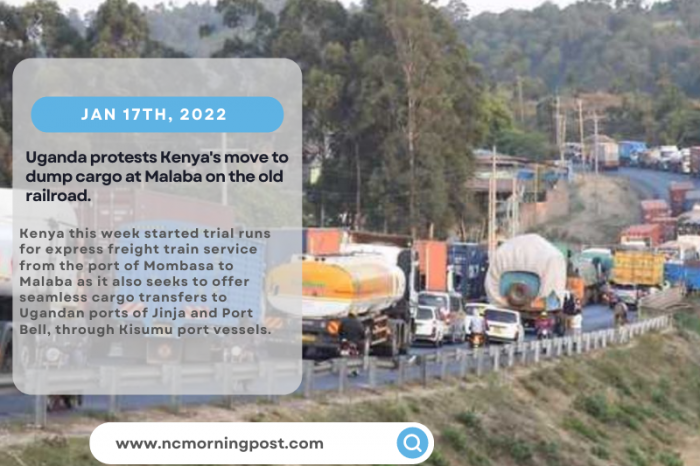 Uganda protests Kenya's move to dump cargo at Malaba on the old railroad. 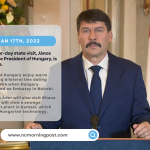