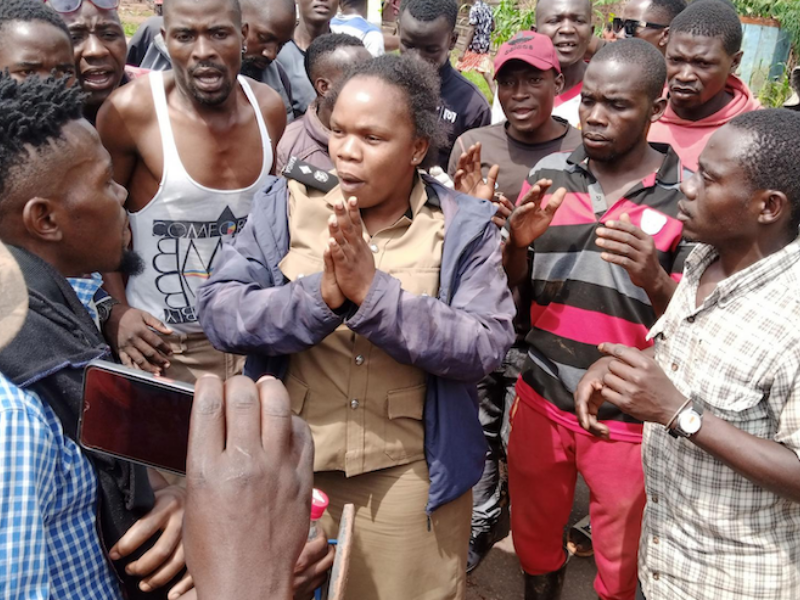 Angry villagers stormed the Mbalala police station in Mukono today, forcing officers to buckle under pressure and release detainees jailed for breaching a nocturnal curfew during the New Year’s festivities.

The enraged locals were protesting the death of a young girl and the arrest of numerous revelers on December 31, 2021. Residents accused Coleb Asiimwe, the officer in command (OC) of Mbalala police station, of murdering Shamirah Nantambala, the 15-year-old daughter of Ssalongo Bigulu.

The event occurred just before midnight at Mbalala Trading Centre, when Nantambala and a group of other revelers welcomed the new year, 2022. Police had earlier warned that they would arrest anybody who violated the curfew after 7 p.m.

Residents rushed the police station with banners demanding Asiimwe’s immediate resignation and the release of the detained individuals. Mukono division police commander (DPC) Annabella Nyinamahoro arrived quickly to the station and rightly halted the use of tear gas on protesting locals.

Nyinamahoro spoke to people and urged them to be calm, stating that the OC had already been arrested and jailed at Mukono Division to assist with the investigations. Residents, meanwhile, continued to yell and demand the release of the detained bartenders and revelers.

The DPC caved to criticism and quickly freed four women, as well as replacing Asiimwe with the new OC, Olivia Nabikko, who had been transferred from Mukono Division.

Residents led by boda boda riders afterwards marched from Mbalala commercial center to Mukono town to celebrate the arrest of the OC. According to Sarah Namukasa, a resident of Mbalala, the Asiimwe has oppressed impoverished locals and small bar owners.

According to eyewitness Charles Muwonge, the OC came yesterday night in the police vehicle and began shooting at locals who had begun a countdown to the new year. Meanwhile, the deceased’s corpse remains in the Kawolo hospital morgue. 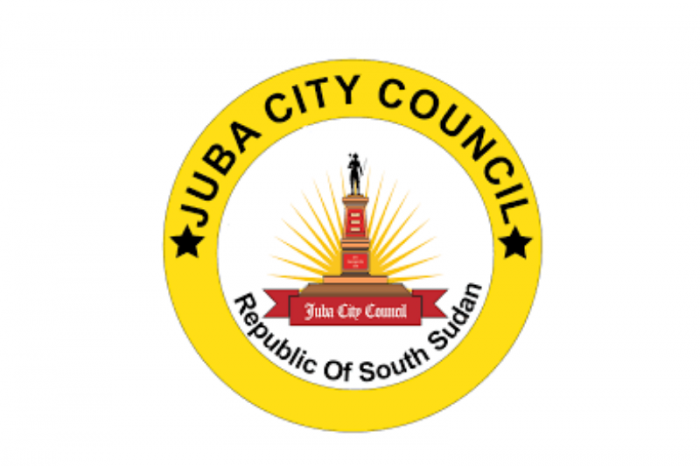 South Sudan: JCC urged to follow through with the inked GO-Green MOU. 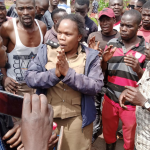