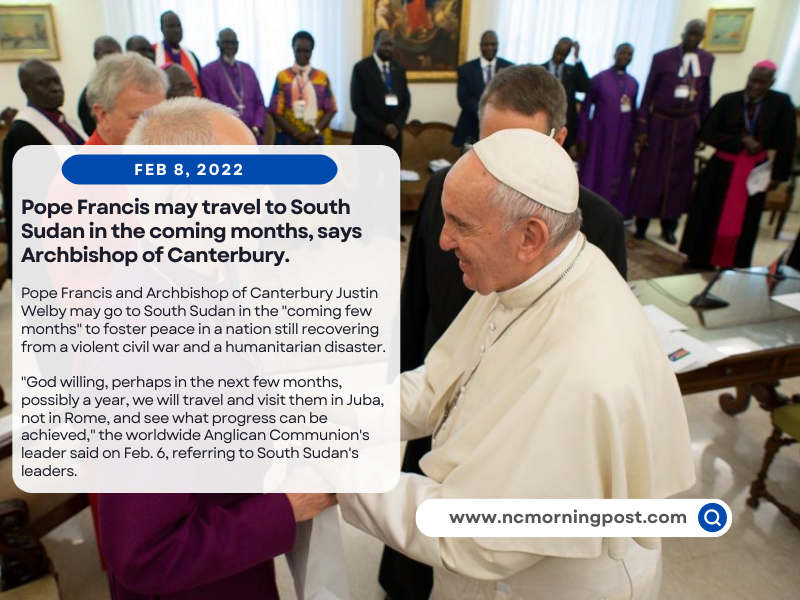 Pope Francis and Archbishop of Canterbury Justin Welby may go to South Sudan in the “coming few months” to foster peace in a nation still recovering from a violent civil war and a humanitarian disaster.
“God willing, perhaps in the next few months, possibly a year, we will travel and visit them in Juba, not in Rome, and see what progress can be achieved,” the worldwide Anglican Communion’s leader said on Feb. 6, referring to South Sudan’s leaders.

“That is history,” Welby said of the upcoming trip, which will be the first time the two ecumenical leaders have traveled together in this capacity.
Francis and Welby had planned to visit the war-torn nation in 2017, but their preparations were thwarted by the country’s deadly conflict and worsening circumstances.
Welby remembered a 2019 retreat at the Vatican when Francis met with both the South Sudanese president and the country’s rebel leadership. This was during his speech on Feb. 6 at an arts festival in Belfast, Ireland.
Having delivered a speech that Welby called “utterly lovely,” Francis bowed down and kissed the feet of South Sudan’s 5-member delegation, urging both the president and the rebel leadership not to go back to civil war.
Welbly remembered, “I could see tears flowing down their cheeks.” “Tears streamed down everyone’s cheeks, even the BBC cameraman.”

“I won’t say the battle was over, but it was a watershed moment,” he continued.
Archbishop Paul Gallagher, the Vatican’s foreign minister, visited Juba, South Sudan’s capital, in

December, and met with the country’s political and religious leaders. While adding that “there is no ideal timing for any such visit,” Gallagher said that there is “solid support” for the visit “from local officials in preparation for a papal visit in 2022 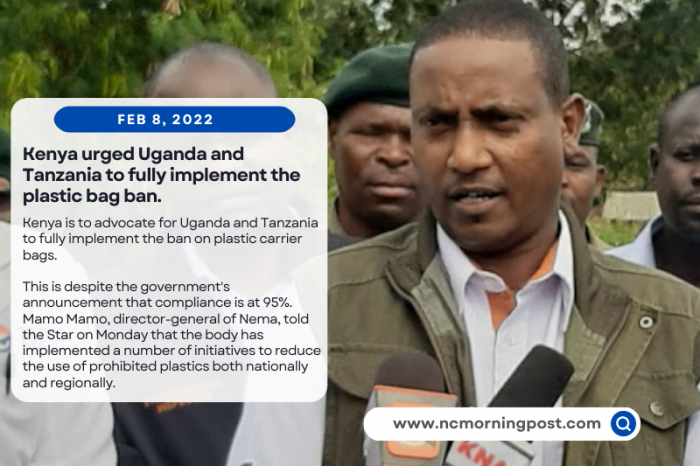 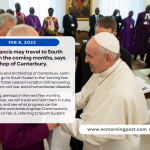