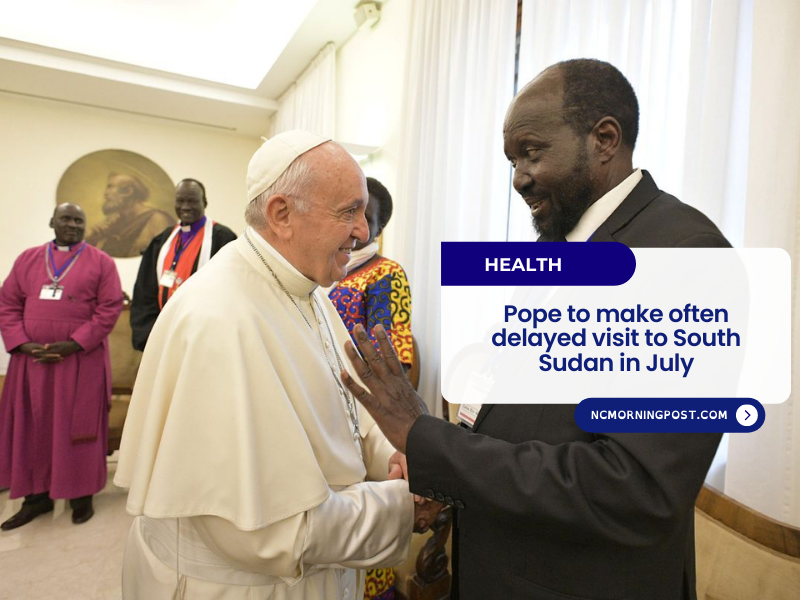 Pope Francis will visit South Sudan in July, the Vatican said on Thursday, making a trip he has repeatedly had to delay because of security concerns in a country still emerging from a post-independence civil war.

July will mark the 11th anniversary of South Sudan’s secession from Sudan. Civil war erupted two years later in 2013, causing 400,000 deaths. The two main sides signed a peace deal in 2018 but hunger and deadly clashes are still common across the country.

The Vatican said Francis will be in South Sudan July 5-7 after visiting the Democratic Republic of Congo July 2-5 on the same trip. In South Sudan, he will visit the capital, Juba, and in the DRC he will visit Kinshasa and Goma.

Though the 2018 peace deal in South Sudan halted the worst violence of that war, analysts say there are several unresolved issues, such as stalled reunification of the national army, that could plunge the country back into widespread conflict.

The pope has wanted to visit predominantly Christian South Sudan for years but each time planning for a trip began it had to be postponed because of the unstable situation.

In 2019 Francis hosted South Sudan’s opposing leaders at a Vatican retreat where he knelt and kissed their feet as he urged them not to return to conflict.

A report published last month by the International Crisis Group, a Brussels-based think-tank, urged East African leaders to press President Salva Kiir and his rival, Vice President Riek Machar, to resume negotiations on the issues that could spark more fighting.

Though the capital Juba is firmly under the control of the Kiir-led government and no clashes between rival security factions have recently been reported there, the United Nations Mission in South Sudan (UNMISS) frequently reports on incidents of fighting and crimes against civilians in many parts of the country.

This week, UNMISS and the UN Human Rights Office published a report on the deaths of more than 400 civilians during fighting last year between two rebel groups in Tambura County, Western Equatoria State.

In the DRC, security is not expected to be an issue in Kinshasa but it may be in Goma, which is in the restive eastern region.

Italy’s ambassador, his bodyguard, and driver were killed in an ambush north of Goma last year.

The government has declared a state of siege and placed some provinces under martial law to tackle armed groups carrying out attacks in the region. They include Islamic State-linked ADF.

Congo and Uganda are currently carrying out a joint military operation to combat them. 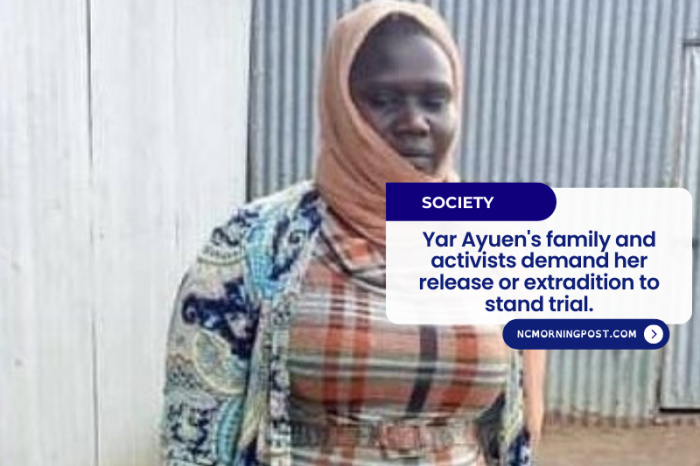 Yar Ayuen's family and activists demand her release or extradition to stand trial. 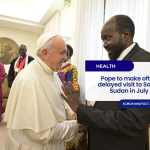