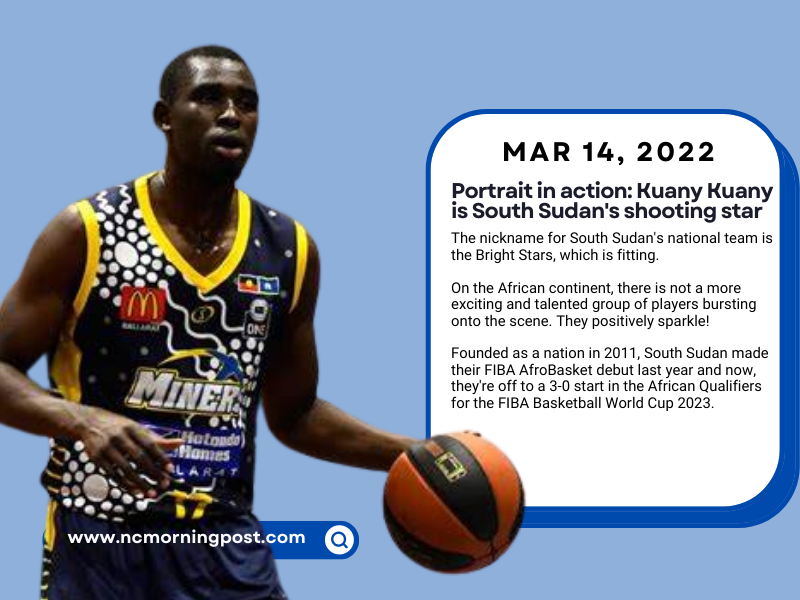 The nickname for South Sudan’s national team is the Bright Stars, which is fitting.

On the African continent, there is not a more exciting and talented group of players bursting onto the scene. They positively sparkle!

Founded as a nation in 2011, South Sudan made their FIBA AfroBasket debut last year, and now they’re off to a 3-0 start in the African Qualifiers for the FIBA Basketball World Cup 2023.

One of their shooting stars, Kuany Kuany, is a big reason why. The 1.96m (6ft 5in) small forward did a little bit of everything to help his country defeat Rwanda on opening day, then two-time defending AfroBasket champions Tunisia and lastly, Cameroon.

Kuany Kuany, 27, who plays for KK Vrijednosnice Osijek in Croatia, was a big part of South Sudan’s success in the African Qualifiers.

“Portrait in Action” is a feature where some of the most outstanding talents in the world are highlighted, putting on display what they can do on the court that makes them must-watch candidates. Make sure to consistently check the FIBA.basketball website for the “Portraits in Action” of your favorite players.

Putting the ball on the floor and attacking is what Kuany Kuany does better than most. Even when defenders closed off his path to the basket, he managed to get his shots off and score. He was seen on more than one occasion in the February window driving and absorbing contact before fading slightly and putting the ball off the glass and into the hoop, even from a few meters away. His drives helped him average 10.3 points per game.

Because his reputation precedes him, opponents know they must get a hand in the face of Kuany Kuany or he’ll bury a jump shot from behind the arc. And when the defense does run at him, he’s more than comfortable dribbling into space and drilling a shot. Kuany Kuany will also spot-up and shoot, whether it’s in the half-court or on the break. If a defender leaves him to double-team someone else, it’s a big mistake. Kuany Kuany hit a high percentage-46.2% during the qualifiers-from deep in the window.

Kuany Kuany is a tough assignment for any defense because not only can he shoot and not only can he drive, he can pass. Countless times, the veteran showed off his skill of delivering perfect bounce passes in the half-court offense or in transition. He was also unselfish, passing up open shots to get even better looks from teammates. If Kuany Kuany was only credited with three helpers in the window, he also made passes to others who went on to collect assists.

It can’t just be about the offense if a team wants to run. The players – all of them – have to be active on defense, be it with blocks, steals or deflections. Kuany Kuany was ready to hit the opponent on the counter in the blink of an eye once turnovers occurred.  He had a steal against Rwanda and three more in the next game against Tunisia. He kept his hands up to get deflections and was often the player triggering fast breaks after the Bright Stars took the ball away. 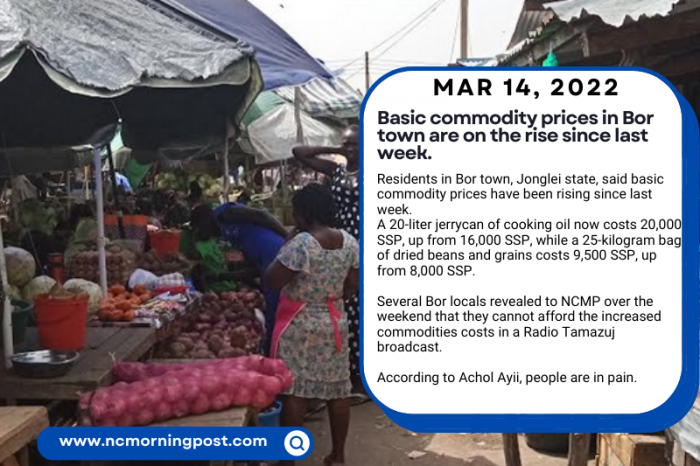 Basic commodity prices in Bor town are on the rise since last week. 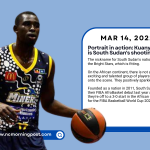