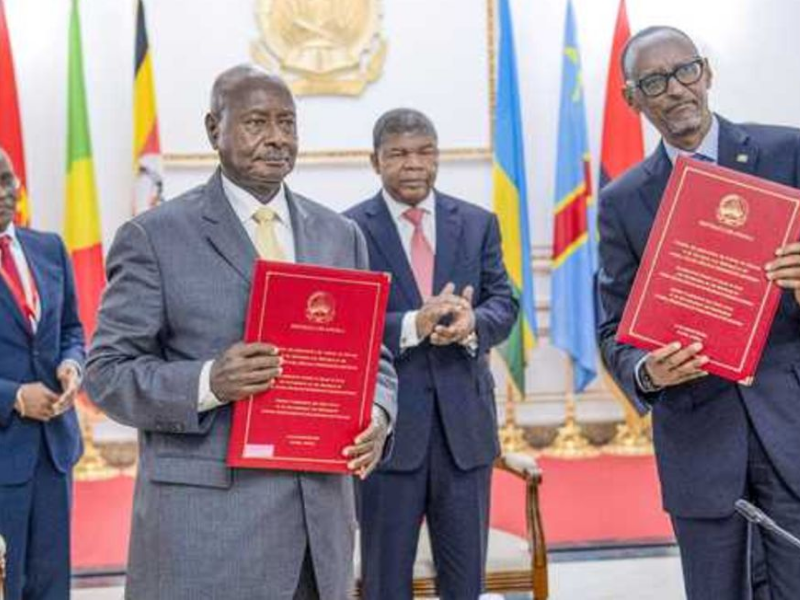 The East African Community has given up hope of resolving the political disputes between Uganda and Rwanda, which resulted in the closing of the shared border in 2019 owing to a lack of political will to engage in talks.
This has surfaced as tensions between the two former allies remain high while bilateral trade suffers.
Rwanda is searching for commercial and political relationships elsewhere in the area, including mending bridges with Burundi, with whom it had been mired in security conflicts, and the new kid on the block, the Democratic Republic of the Congo, which is preparing to join the East African Community.

Uganda’s Junior Foreign Affairs Minister, Henry Okello Oryem, stated in an EastAfrican report seen by NCMP this week that Kampala is no longer interested in talks with Kigali because they believe they have done everything Rwanda requested prior to the talks and implementation of the previous agreement.

“There isn’t much we can do if they don’t want to cooperate,” Mr. Oryem said. “For the time being, we are unconcerned, and you should direct your inquiries (about the border restriction) to Rwanda.” We did not seal the border, and it is now up to them to reopen it whenever they see fit. “

The movement of persons and products between them remains limited after the closure of the then-profitable Northern Corridor border post at Gatuna/Katuna in February 2019, which almost killed cross-border commerce and bilateral relations.

Rwanda, for its part, accuses Kampala of spying on its territory.

Despite the fact that there has been no obvious increase in tensions between the two nations, the concerns remain unresolved. Regional and international leaders’ diplomatic attempts have so far failed.

While Ugandan President Yoweri Museveni has remained tight-lipped in the face of recent reports alleging that Rwanda used spying software Pegasus on Ugandan senior officials, allegations that Rwanda has dismissed as baseless, Mr. Kagame has been outspoken at several forums, indicating that his issues with Uganda are related to the mistreatment of Rwandans in Uganda and sabotage.

“There are a lot of difficulties that must be addressed.” It takes two to tango, and both nations will continue to seek solutions to the difficulties that remain. We recognize the core reason and should find a path ahead with greater knowledge than we had in the past, ” President Kagame stated last week in an interview with Al Jazeera.

He was replying to a query on Uganda’s current state of affairs.

Several conversations, including four meetings between Presidents Kagame and Museveni mediated by Angola’s Joo Lourenço and the Democratic Republic of the Congo’s Félix Tshisekedi, have generated nothing other than an agreement signed by the two leaders to settle long-standing animosity.

On February 21, 2020, the treaty was signed in Katuna. Uganda invited Rwanda for talks on how to implement the agreement just last month, but Rwanda declined, stating that while they were open to talks, they would not engage Uganda in the current circumstances because its agents continued to abduct and harass its citizens in Uganda and support political and armed groups hostile to Kigali.

Furthermore, the two nations’ chiefs of state have not spoken for months despite having met at least four times before to resolve their problems under Angola and DRC arbitration.

President Kagame said that contact with his Ugandan colleague had recently “more or less ceased.”

Rwanda argues that Uganda is persecuting Rwandans, which President Kagame describes as “persecution.”

“However, Ugandans visiting Rwanda have not had the same difficulties as Rwandans visiting Uganda.” “The issue of what caused the border closure must be resolved before it reopens,” Mr. Kagame added.

In a September interview with France 24, President Museveni said he had nearly given up on the discussions since they were not producing anything.

Meanwhile, Kampala has continued to deport Rwandans accused of engaging in criminal activities. According to Kigali, 2,567 people have been deported since 2017. (1,943 men, 540 women, and 84 children).

Kigali and Burundi are working to resolve their problems, and Burundi’s EAC minister, Ezechiel Nibigira, said last week that things had improved dramatically.

“We are making strides in enhancing peace and security.” Burundi assisted Rwanda twice when militants planning an assault on the country were apprehended and handed over to Kigali. Terrorists that attacked Burundi were also turned over by Rwanda. Mr. Nibigira told the East African Legislative Assembly in Arusha, “This is a nice gesture.”

As the standoff continues, Rwanda has transferred the majority of its commerce to the Central Corridor, which connects it to the port of Dar es Salaam, and is actively exploring alternate trading partners and routes. According to World Bank statistics, Rwanda was Uganda’s fifth-largest export market in 2017, receiving around $180 million in commodities. Meanwhile, Rwanda shipped items worth $10 million to Uganda.

Ugandan authorities first downplayed the border closure, believing that Rwanda would reopen it quickly since the majority of Rwanda’s imports pass via Mombasa on their way to the Northern Corridor through Uganda.

The protracted standoff makes the multimillion-dollar border infrastructure, the Gatuna/Katuna one-stop border post, obsolete, at a significant expense to both nations and the East African Community.

The common border points of Gatuna and Kagitumba have standard Customs and immigration facilities, warehouses, and commercial premises to boost traffic between Rwanda and Uganda, whose trade volumes had grown significantly only to fall dramatically over the last two years, exacerbated by the coronavirus pandemic.

Rwandan merchants have recently shifted to Tanzania and other markets for commodities formerly sourced from Uganda and exported from Rwanda.

Rwanda’s opposition leader, Frank Habineza, said that although the foreign ministry claims that the discussions have paused because to Covid-19, “torture of Rwandans in Uganda has not stopped.”

“As a result, the two nations should restart discussions aimed at reopening the border.” “When there are disagreements, people need to communicate to each other more,” he says.

Rwanda handed over 19 persons accused of carrying out an assault in Burundi and fleeing to its territory last year in July. Burundi handed over 11 individuals suspected of belonging to the National Liberation Force (FNL) in October for allegedly plotting an assault in Rwanda.

“This is the mentality that will enable us go ahead as a community,” remarked the minister from Burundi. 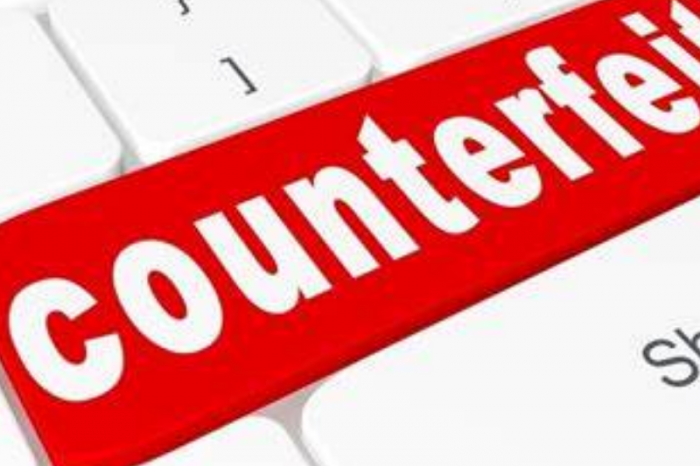 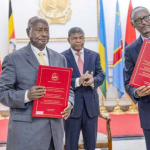