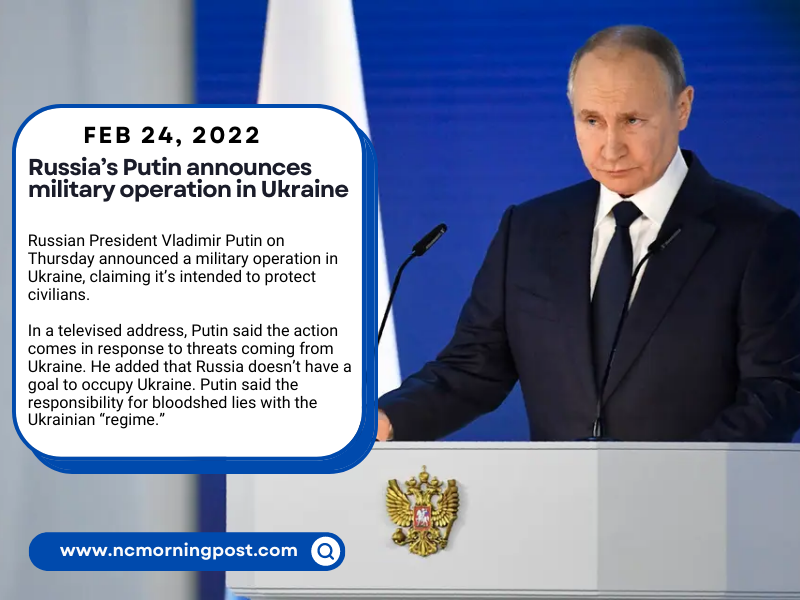 According to Putin’s broadcast speech, this is a reaction to threats from Ukraine. He went on to say that Russia has no intention of occupying Ukraine’s territory. Putin blamed the “government” in Ukraine for the carnage.

Any foreign interference in Russia’s actions would have “consequences they have never seen,” Putin warned other nations.

Russian President Vladimir Putin has accused the United States and its allies of neglecting Moscow’s efforts to prevent Ukraine from joining NATO and to provide Moscow with security assurances. He said that the Russian military’s mission in Ukraine is to “demilitarize” the country.

Ukraine’s president claims that Russia is targeting ‘our military infrastructure’ in the country’s eastern regions.
Vladimir Putin declared that any Ukrainian soldiers who give up their weapons would be permitted to leave the area of conflict without fear.

Following the declaration, explosions erupted early Thursday morning in Ukraine’s capital Kyiv and a number of other cities and towns, as well as along the country’s shoreline.

Russia is using high-precision weaponry to assault Ukraine’s military facilities, according to the RIA news agency.

US President Joe Biden said in a statement late on Wednesday that the Unified States and its allies would react “in a united and forceful manner” to “an unprovoked and unlawful assault by Russian armed troops on Ukraine.” 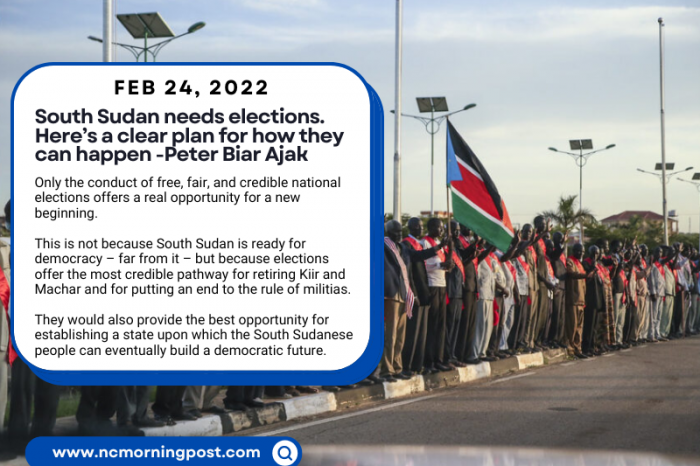 South Sudan needs elections. Here’s a clear plan for how they can happen. - Peter Biar Ajak 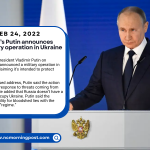