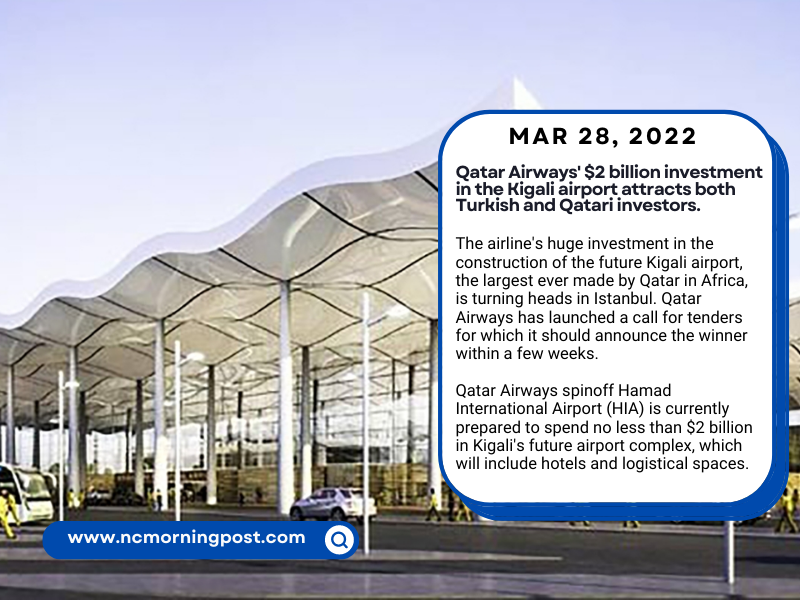 Qatar Airways spinoff Hamad International Airport (HIA) is currently prepared to spend no less than $2 billion on Kigali’s future airport complex, which will include hotels and logistical spaces.

The contract submission period ended in late 2021, and HIA plans to reveal its chosen bidder in the next weeks.

At least five consortia are still in the race, according to our sources. Four of them have formed alliances with well-connected Qatari businesses. UCC, a construction corporation led by the prominent Syrian-born Qatari business couple Ramez Al Khayyat and Moutaz Al Khayyat, is one of them.

This couple also owns Baladna, a publicly listed business that has been providing milk to Qatar since the 2017 ban, as well as Elegancia, a services, catering, and security firm. UCC is competing with Al Jaber Group, which is led by tycoon Mohammed Sultan Al Jaber, and CDC, which is led by Lebanese-born Qatari KhalilBoutros Al Sholy. For the project, CDC has partnered with Alfardan Group, for which it has erected towers and a number of St. Regis and Kempinski hotels in Qatar.

Midmac, the son of the Qatari emir’s uncle and former prime minister, Sheikh Hamad bin Abdulla bin Khalifa Al Thani, is the head of the fourth Qatari-connected group vying for the development of the Kigali airport.

Three of the five remaining consortia have partnered with Turkish construction businesses. If Al Jaber is chosen as the successful bidder, he will collaborate with Ictas, a subsidiary of the Turkish conglomerate IC Holding, which is involved in building, energy, port and air infrastructure, tourism, and industrial projects.

After establishing a presence in Morocco and Lebanon, this company wants to expand into East Africa (AI, 18/06/20). It established a Qatari division in 2005, which just completed the Al Thumama Stadium for the 2022 FIFA World Cup in December.

The Portuguese business Mota-Engil, which had won the first phase of the Kigali airport until it was taken over by Qataris in 2019, has chosen UCC over a Turkish partner for the bidding. Similarly, Vinci’s Qatari subsidiary, QDVC, is not relying on Turkish construction and has made an offer to CDC.

The winning consortium for Rwanda will be decided by two senior Qatari officials. Qatar Airways chairman and founder Akbar Al Baker has the last word, but his deputy, HIA chief of operations Badr Al Meer, will also be important. 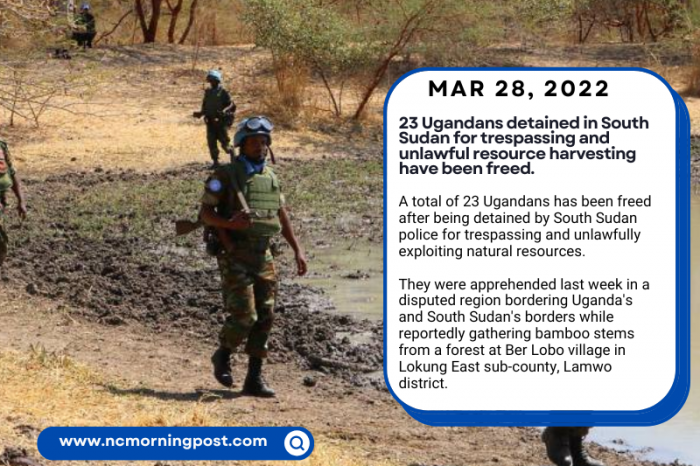 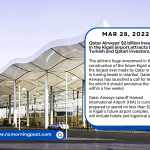