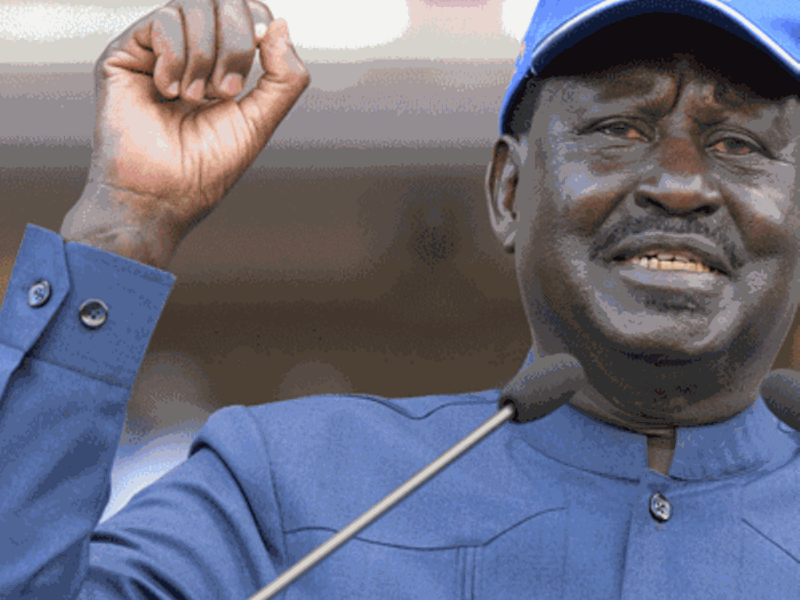 Raila Amolo Odinga, a seasoned Kenyan political leader, and the former prime minister has long portrayed himself as an anti-establishment firebrand while being a member of one of the country’s most powerful political families.

After years of intense rivalry with two-time President Uhuru Kenyatta, whose father was also a lifelong nemesis, Odinga, now 76, launched his candidacy for the August presidential election on Friday.

Raila Odinga, a member of the western Luo tribe, was elected to parliament in 1992, under the presidency of Daniel arap Moi, after spending most of the preceding decade in jail or exile as part of the democratic movement.

He campaigned unsuccessfully for president in 1997, 2007, 2013, and 2017, saying that he was denied victory in the previous three elections.

The 2007 elections, in particular, left a lasting shadow over Kenyan politics, unleashing a wave of ethnic violence that set tribal groupings against one other and claimed more than 1,100 lives.

Few anticipated Odinga and Kenyatta to form an alliance and put an end to decades of animosity with a handshake in March 2018, only months after their previous election contest produced violent riots.

“Never again will a Kenyan be killed as a result of an election. I apologize on my own behalf and on behalf of all those who have come before me “Odinga stated this while hugging Kenyatta two months later at a prayer gathering.

The accord, known colloquially as “the handshake,” astounded Odinga’s colleagues and fans, thus leaving Kenya without an opposition.

As speculation circulated about Odinga’s motivations and the potential advantages he had secured for himself, the two men unveiled a proposal to implement broad constitutional revisions.

The agreement fueled speculation that Odinga might follow Kenyatta, who cannot run for a third term but may become Prime Minister if the reforms are approved.

Odinga’s promotion came at the cost of Kenya’s Deputy President William Ruto, who found himself marginalized as the two countries’ rivalry intensified.

It also comes with dangers for the experienced leader, with Ruto now casting himself as a politician eager to upend the existing quo and advocate for “hustlers” struggling to make ends meet in a nation dominated by “dynasties.”

“Raila is well aware that a large part of his popularity stems from his long history as an anti-establishment figure,” said Gabrielle Lynch, Professor of Comparative Politics at the University of Warwick.

“The handshake has damaged that narrative,” she said, according to an AFP article obtained by NCMP.

Odinga, who was born on January 7, 1945 and is affectionately called as “Baba” or “daddy” in Kishawili, is now stuck in a delicate balancing act.

“He has a lot of trust to create, particularly within his major vote base,” political expert Nerima Wako-Ojiwa stated in the same article.

While supporters regard Odinga as a much-needed social reformer, skeptics see him as a rabble-rousing demagogue who is not afraid to play the tribe card.

He is a dynamic speaker with a reputation for being headstrong and short-tempered at times.

Some observers believe his crowd-pleasing abilities have waned in recent years, which they ascribe to his age and bad health.

With his speech notes in hand, he often stutters and labors over his words, particularly in English. However, even when speaking in his native Swahili on the spur of the moment, he has the potential to inspire.

He is an Arsenal fan, and he attributes his passion for the game with helping him adopt a philosophical approach to the rough and tumble world of politics.

“You win some and lose some. It is unpleasant, but it is the only way to achieve excellence “He said this earlier this year in an interview with AFP.

He was raised as an Anglican but subsequently converted to evangelicalism and was baptized in a Nairobi swimming pool in 2009 by a self-proclaimed prophet.

Odinga’s 2017 campaign even included references to the Bible, with his repeated promises to bring his supporters to Canaan, the fabled “promised land.”

In communist former East Germany, he studied engineering and named his oldest son Fidel, who died in 2015, after the Cuban revolutionary.

Odinga has been married to his wife Ida for almost 50 years and has three surviving children, Rosemary, Raila Junior, and Winnie, as well as five grandkids. 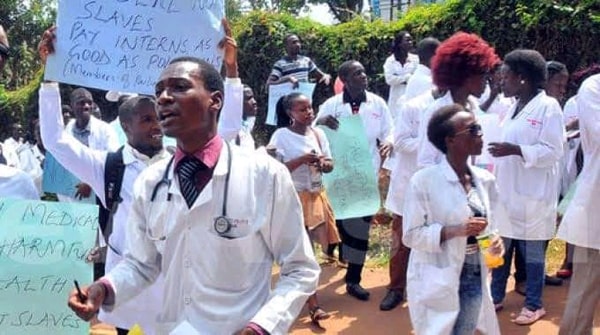 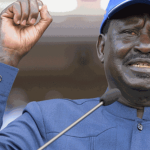