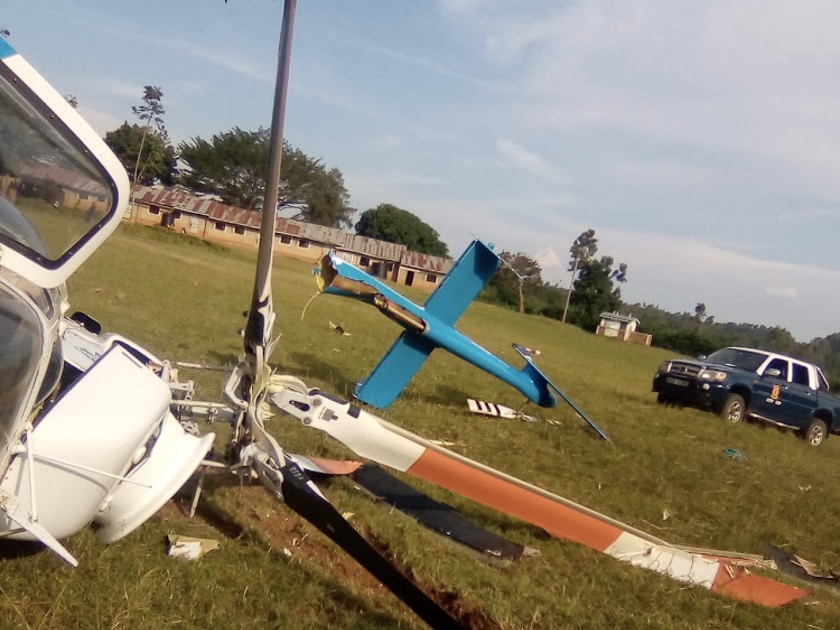 The chopper had flown Raila from Kisumu to Gem in Siaya but crashed shortly after dropping him and his entourage of four people.

Confirming the incident Raila’s spokesperson Dennis Onyango said the former Prime minister is safe and was not injured in the incident.

“The Helicopter, Bell 407, Registration 5Y-PSM had dropped Odinga at Kudho Primary School in Gem when it attempted to lift off to create space for other planes. Unfortunately, it crashed,” Onyango said in a statement.

“There were no fatalities as the pilot and four others who on board escaped with minor injuries.  Odinga successfully proceeded with his scheduled activities with the President.”A helicopter carrying ODM leader Raila Odinga crashed minutes after landing in Gem, Siaya County

Raila was not onboard the ill fated chopper at the time of the accident. However , the Police in the county confirmed that the plane had substantive damage following the evening crash.

According to Siaya county police commander Michael Muchiri, the chopper had one passenger onboard and the pilot.

He said the passenger who was not immediately identified was taken to a local hospital for precautionary medical examination.

President Uhuru who landed in Kisumu county on Sunday afternoon ahead of Madaraka celebration on Tuesday visited Siaya county to launch a road and water project in the county.

Raila is amongst the leaders from Nyanza who joined the president in the day one tour of Nyanza.

According to a police report on the incident, the pilot captain Julius Mwambanga of Peniel Air was taking off after dropping Raila who had accompanied president Uhuru in commissioning Wagai Akala road when the chopper crash landed.

“He was only five meters from the ground when the aircraft came down, and overturned on its left side” the report seen by Star read.

As result of the crash the tail rota and the main rota was damaged.According to the county police boss the pilot was not injured but his sole passenger identified as Peter Mbeka was taken to hospital after he complained of chest pain.

” He is stable after undergoing precautionary checks,” he said.

Muchiri said that the accident scene had been secured awaiting the aircraft accident Investigators. 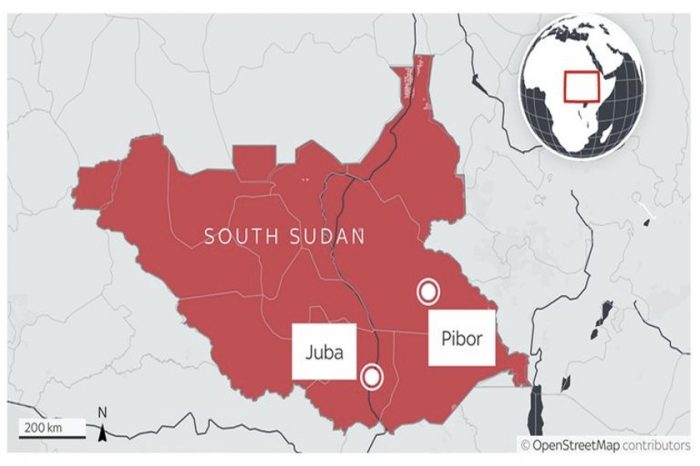 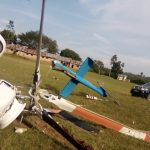