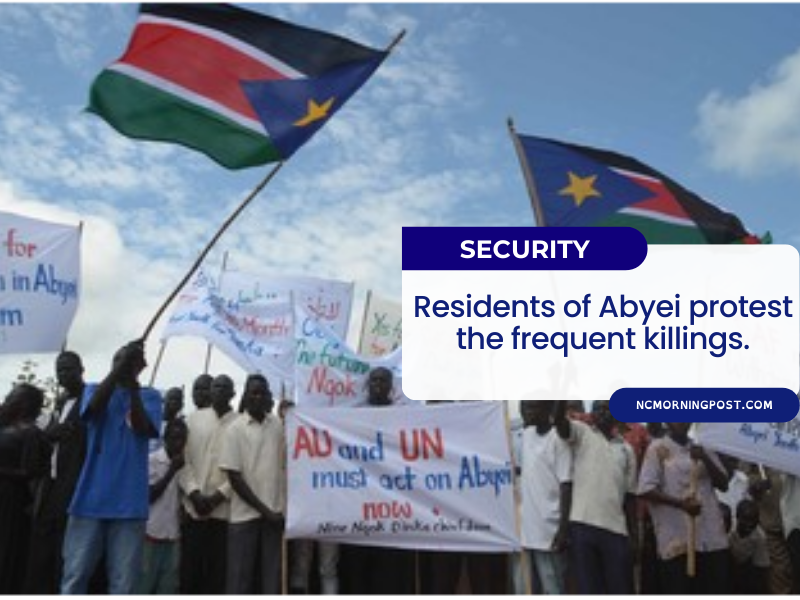 Thousands of Abyei residents took to the streets on Monday to protest the frequent killings in the area by armed Messiriya tribesmen from Sudan and armed youth from Warrap State’s Twic County in South Sudan.

Protesters also accused the South Sudan People’s Defence Forces (SSPDF) of killing civilians in the Abyei region, despite the fact that the area is supposed to be demilitarized.

According to a publication obtained by NCMP, some of the enraged protestors blamed Sudanese and South Sudanese elements for the deaths of nearly a hundred people in Abyei since February 2022.

According to Mayar Dut, the presence of the SSPDF in Majak Kol and Rumkoor resulted in several deaths.

“The forces (SSPDF) in Majak Kol and Rumkoor contributed to the deaths of Abyei people, and if the forces leave, as was stated, there will be stability,” he explained.

“Because, as seen on May 16, the forces in Majak Kol abandoned their mandate, looted the community, and were involved in the communal conflict between Abyei (Ngok) and Twic.”

“We do not want forces in Abyei because the government of South Sudan brought in a large number of soldiers to attack Abyei. “When Twic had a problem with us, they (SSPDF) quit their job and killed us,” he said.

“The mother of Division 3 commander General Akuei Ajou is from the Akuer-Along-Juuk section of Twic County, and there is a general feeling that he supports his maternal relatives.” So, unless a neutral force with neutral commanders is assigned to the borders, we do not want these forces.”

The youth petitioned the United Nations Interim Security Forces for Abyei (UNISFA) to listen to the concerns of the people of Abyei and demilitarize the Abyei box.

The chairperson of the Abyei Civil Society Organizations, Rou Manyiel, stated that the youth marched peacefully to the UNISFA compound to protest the killing of civilians.

“Abyei is under attack from South Sudan and Sudan, and at least a hundred innocent people have died at the hands of Twic armed youth and Sudanese-backed militia under the command of Commander Thomas Thiel and armed Messiriya tribesmen,” he said.

“We delivered the petition with seven points: the first is to put pressure on Sudan and South Sudan to stop their conspiracies against Ngok-Dinka immediately and find a final solution in the settlement of Abyei’s status.”

Manyiel added that they had also asked the UN Security Council to put pressure on South Sudan to withdraw its forces from Majak Kol and Rumkoor and relocate them to other areas outside the Abyei box, as well as Sudan to relocate the so-called oil police from Difura. They demanded that Abyei be demilitarized, he said.

Meanwhile, Abyei’s information minister, Ajang Deng Miyen, confirmed the protest and stated that it was peaceful.

“Civil Society Organizations held a peaceful demonstration and presented a petition to UNISFA requesting that Abyei be demilitarized due to frequent attacks,” he said. “They urged UNISFA to protect civilians in accordance with their mandate, as well as to expedite the resolution of Abyei’s final status.” 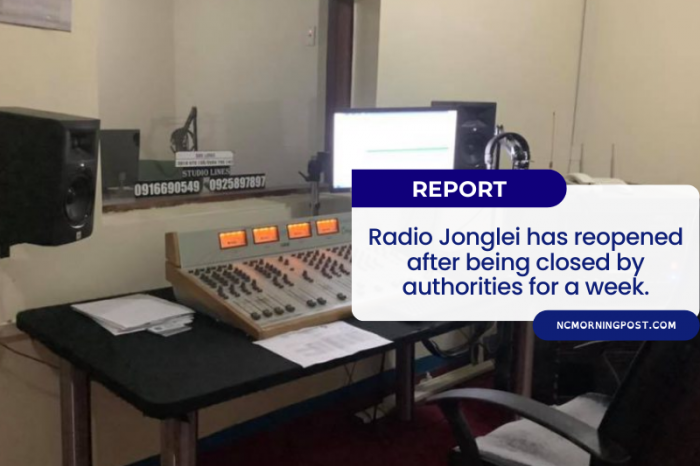 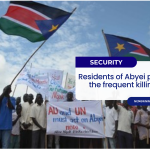