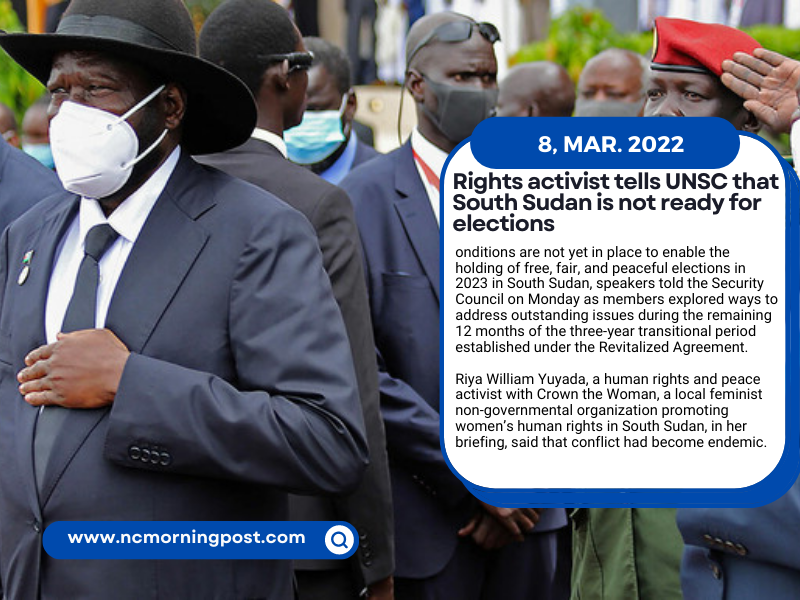 The conditions for free, fair, and peaceful elections in South Sudan in 2023 are not yet in place, speakers told the Security Council on Monday as members discussed how to address outstanding issues over the remaining 12 months of the three-year transitional period established by the Revitalized Agreement.

According to Riya William Yuyada, a human rights and peace activist with Crown the Woman, a feminist non-governmental organization promoting women’s human rights in South Sudan, the conflict has become endemic there.

“We are tired of hearing the same stories of rape, child marriage, war, trauma, and loss,” she said.

Since the signing in 2018 of the Revitalized Agreement, not much progress has been made in implementing crucial provisions related to security sector reform, constitutional and electoral reform, judicial reform and transitional justice, Yuyada said.

As for the elections, she noted that there is general consensus within civil society and among citizens that “the ground is not ripe” for free, fair, and peaceful elections. Less than one year before the elections, she said, the legal and institutional framework is not in place, adding that the current state of insecurity and lack of trust that South Sudanese feel as a result of the failure to implement the peace agreement could lead to further violence.

Accordingly, any UNMISS support to an electoral process must ensure that it is safe, inclusive, and in compliance with international standards. In addition, the Council must clarify that UNMISS is expected to ensure the safety and security of all voters, poll workers, candidates, officials, and civil society activists.

In briefing the Council, Nicholas Haysom, Special Representative of the Secretary-General and Chief of the United Nations Mission in South Sudan (UNMISS) noted the importance of addressing unfulfilled commitments within the limited timeframe available.

Key pending benchmarks relate to the necessary conducive political and civic space, a secure environment, and technical and logistical prerequisites along with an agreed timetable for a free and fair electoral process to bring the transitional period to a close, he stressed. While UNMISS stands ready to support the electoral process, the Government has not yet pronounced on the Mission’s role, nor on a time frame for the elections, he added.

“As we enter the remaining twelve months of the transitional period, even if we acknowledge some progress, we are mindful of the accumulation of unfulfilled commitments and the imperative to address them in the limited time at hand,” Haysom said, “Key pending benchmarks relate to the necessary conducive political and civic space, a secure environment, and technical and logistical pre-requisites along with an agreed timetable for a free and fair electoral process to bring the transitional period to a close.”

Though the government has yet to specify UNMISS’ role or set a timetable for elections, UNMISS stands ready to support the electoral process.

Moreover, the Constitution-Making Process Bill remains pending, and the process of drafting a new constitution for the country continues to stall, UNMISS chief said. While the parties are engaged in transitional security arrangements, the actual graduation of unified forces has yet to begin, with no agreement on the command structure.

IGAD’s interim chair Charles Tai Gituai informed the Council on the implementation of the 2018 peace agreement, saying it has now entered its fourth year, which indicates comparative success compared with the previous 2015 agreement, which fell apart after armed conflict broke out within one year of signing.

According to him, the Commission has asked the unity government to review implementation and develop a road map and strategy on how to complete the remaining critical tasks by the end of the transition period in 2023. A road map should include verifiable milestones and timelines, according to him. 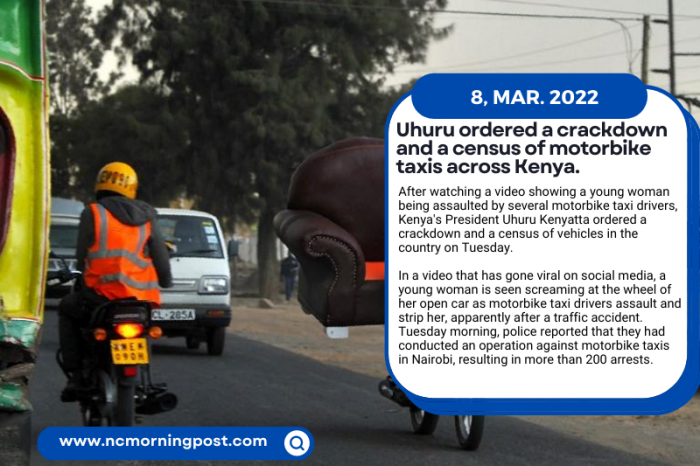 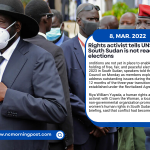