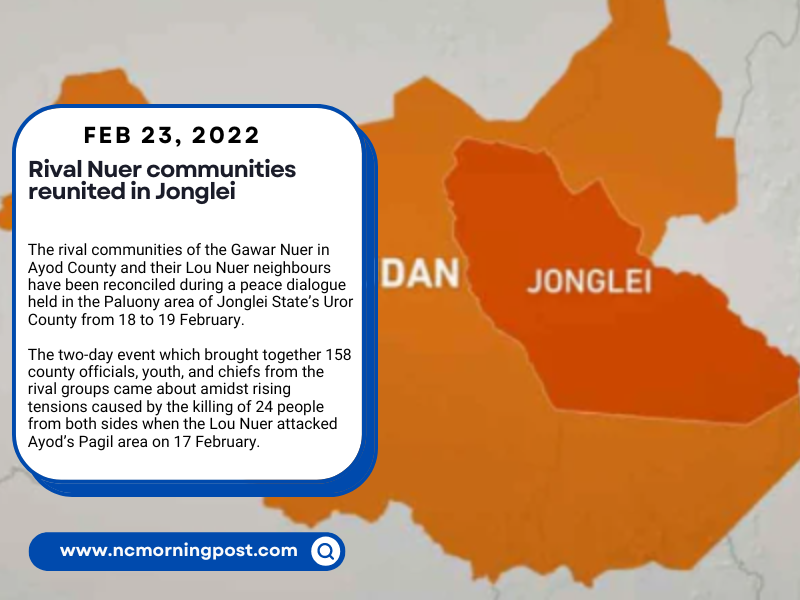 During a peace discussion conducted in the Paluony region of Jonglei State’s Uror County from February 18 to 19, antagonistic communities of the Gawar Nuer in Ayod County and their Lou Nuer neighbors were reconciled.

The two-day gathering, which brought together 158 county officials, youngsters, and leaders from the warring parties, occurred amid escalating tensions after the massacre of 24 individuals on both sides by the Lou Nuer in Ayod’s Pagil district on February 17th.

Tang Chatim, the Uror County commissioner, claimed the two towns decided to peacefully cohabit, according to a Radio Tamazuj story viewed by NCMP.

“Our youngsters invaded Pagil when we were at a peace meeting to address feuds between the Gawar and Lou Nuer villages.” The assault was denounced by us. As a result, it was decided that the victims of the assaults will get blood compensation,” Commissioner Tang added. “We also promised to apprehend all of the culprits and retrieve all of the cows that have been taken from time to time.”

Stephen Gai Keat, a young leader, described the meeting as productive and expressed hope that it would help resolve tensions between the two groups.

“Over the last several years, criminal gangs on both sides have created tensions. As a result, we promised to put an end to all livestock raids and murders, as well as arrest raiders. We also denounced the recent Pagil incident and encouraged Gawar youngsters to refrain from vengeance and instead let the law run its course,” he stated.

Simon Manyok Deng, the president of the state human rights commission, praised the two villages’ action as a positive step toward peace.

“First and foremost, we denounced all kinds of violence in our communities as the human rights committee,” Manyok added. “We appreciate the Gawar-Lou peace discussion because it demonstrates that local residents have grasped the need of peace and social contact. As a result, as a government, we support and promote such projects.” 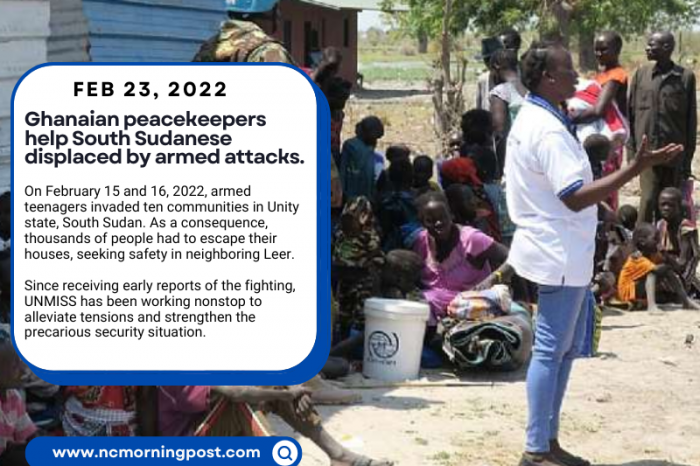 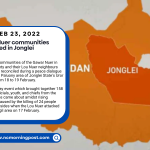