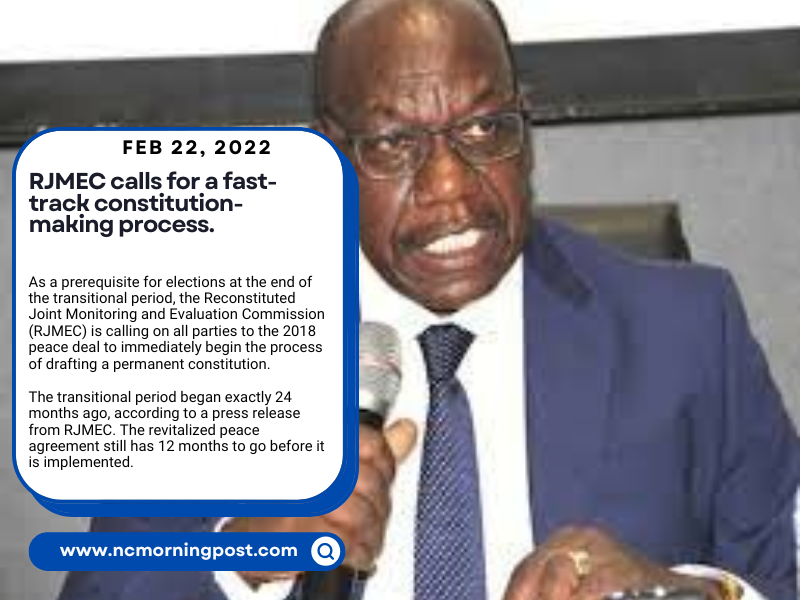 As a prerequisite for elections at the end of the transitional period, the Reconstituted Joint Monitoring and Evaluation Commission (RJMEC) is calling on all parties to the 2018 peace deal to immediately begin the process of drafting a permanent constitution.

The transitional period began exactly 24 months ago, according to a press release from RJMEC. The revitalized peace agreement still has 12 months to go before it is implemented.

The Revitalized Transitional Government of National Unity (RTGoNU) was formed exactly 24 months ago, according to a statement by the RJMEC.

This is a pre-requisite to the conduct of elections at the end of the Transition Period. The newly drafted constitution represents democratization, the rule of law, and a stable South Sudan.

Despite the progress made, especially in terms of governance, the Reconstituted Joint Monitoring and Evaluation Commission (RJMEC) points out key tasks that remain.

“Several pieces of legislation have not been ratified by the Transitional National Legislative Assembly, and the State governments are not fully functioning; the forces are not unified, and the Special Reconstruction Fund has not yet been established; millions of South Sudanese remain in refugee camps outside the country or in IDP camps,” RJMEC said. Reforms of public financial management remain largely unfinished; transitional justice mechanisms are not in place; and the constitution-making process lags behind expectations beyond the drafting of its legislation.

In addition, RJMEC stated that security is the foundation for a nation, and urged the unity government to allocate dedicated funds for the completion of the long-delayed Transitional Security Arrangements, especially the graduation and redeployment of the unified forces.

Moreover, a clear plan of action for addressing the current human rights crisis and for facilitation of voluntary returns of internally displaced people and repatriation of refugees is needed, as well as specific reforms to ensure credible, free, and fair elections at the end of the transitional period,” the statement added.

RJMEC urged the establishment of transitional justice mechanisms, especially the commission for truth, reconciliation, and healing, and the Hybrid Court for South Sudan without further delay.

With all these pending tasks and the limited time left to complete them, new vigor, commitment, compromise, and political will are needed to achieve the R-ARCSS’s vision for South Sudan.

Creating a durable and sustainable peace in South Sudan depends on the implementation of the revitalized peace agreement, according to the statement. 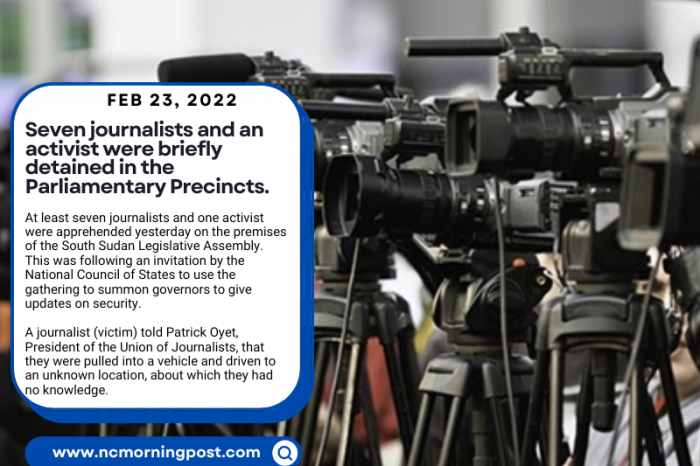 Seven journalists and an activist were briefly detained in the Parliamentary Precincts. 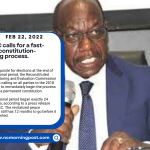