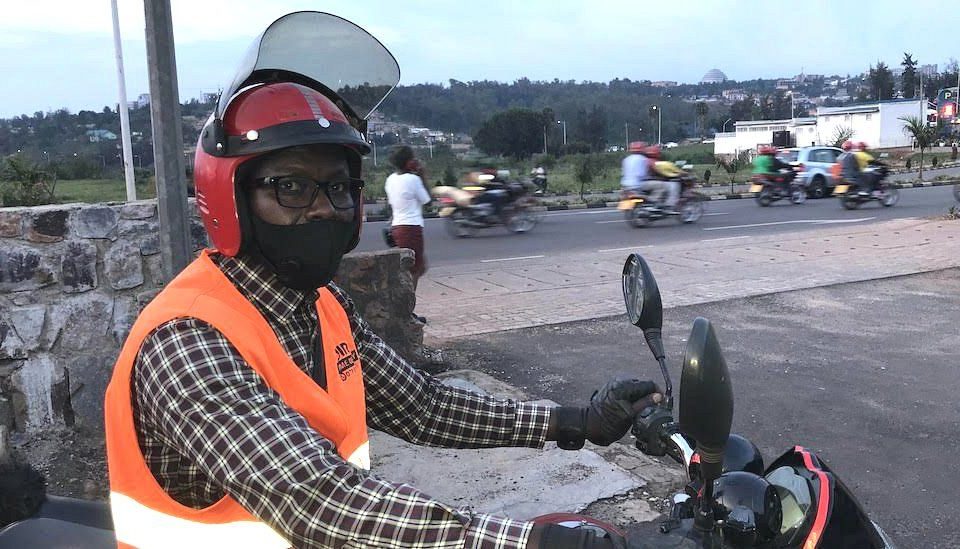 Recently, he switched his usual ride for getting around Rwanda’s capital for one of the first electric motorbikes on the African continent.

“In the first days, things were not good because I was not used to riding e-motos, and the bike sometimes cut-off.

“However I went on working, and soon I knew many things about how the bike works and how to ride it. Then I started saving more money,” Didier explains.

He is one of 60 drivers riding an electric motorbike from the Rwandan firm Ampersand.

“Now I like the bikes – an e-moto can last for a long time without any problems unlike with an engine motor – and it goes well, it is very smooth to ride.”

The start-up Ampersand is pioneering the switch and hopes that over the next five years almost all of Rwanda’s motorbikes will be electric.

It is an ambitious dream – there are around 25,000 motorbike taxis operating in Kigali, some driving up to 10 hours a day, often covering hundreds of kilometres daily.

“Motorbikes make up more than half of all vehicles in this part of the world,” says Ampersand chief executive Josh Whale.

“Their simple engines lack the sort of costly emissions reduction tech that you see in modern cars, or in motorbikes in the global north. Meanwhile they are being run for over 100km per day, so that’s a lot of pollution, a lot of carbon [dioxide].

“In Rwanda, drivers spend more in a year on petrol than the cost of a new motorbike. We’ve shown that we can offer an alternative in the same style as their current motorbike [that] costs less to buy, less to power and less to maintain.”

Ampersand says that savings on fuel and maintenance can double a driver’s income.

With an estimated five million motorbikes on the roads of East Africa, there could be big savings in CO2 emissions if Ampersand and its rivals take a significant share of the market.

Ampersand is more than just a technology platform. It assembles the motorbikes, the batteries and has set up charging stations.

Each motorbike has around 150 parts, which are assembled in Kigali. Particularly importantly, the battery packs are specially designed and prototyped by Ampersand engineers in Rwanda. They are then manufactured abroad and shipped back to Rwanda for final assembly by local technicians.

Ampersand currently has 73 employees at its Rwandan motorcycle factory and is moving to a new facility this month as production grows.

“For the time being we also happen to be a motorbike company, with spare parts and maintenance too. However we’d be glad to work with the big existing petrol motorbike manufacturers on the vehicle side of things.

“We are still small and we want to move fast – as the climate crisis demands – and do some hard things quickly. So we’re very happy to team up with big existing players where we can,” Mr Whale says.

The company has set up battery swap stations – where drivers exchange their depleted batteries for recharged ones – with five already in operation around Kigali.

Each swap station costs around $5,000 (£3,700) – and the firm says it can build about 20 swap stations for the price of one conventional petrol station.

Rwanda’s government has a large role to play in moving to e-transportation, balancing the pros and cons of e-mobility. There will be a loss of fuel tax revenue – but the benefits include a shift to locally produced power sources, lower fuel importation costs and job creation if assembly takes place locally.

The country has pioneered a range of incentives to encourage e-mobility.

This includes capped electricity tariffs for charging stations and rent-free land for them, preferential parking and travel lanes for electric vehicles around Kigali, and restrictions on the ages and emissions of polluting vehicles.

In Rwanda, Volkswagen has been conducting an e-mobility pilot project since 2019 in partnership with Siemens, which has seen it launch 20 electric Golfs and two charging stations in Kigali.

Volkswagen says the country has the potential to leapfrog internal combustion engines to electric cars.

“Together with our development partner Siemens and with support from the government of Rwanda, Volkswagen aims to make the e-Golf pilot project a blueprint for electric mobility in Africa,” says Andile Dlamini, of Volkswagen Group South Africa.

For Ampersand, Rwanda has only been the first step in Africa, with the company currently launching in neighbouring Kenya and other countries shortly afterwards.

While there are challenges to rolling out electric vehicles across Africa – such as a shortage of specialised skills, the reticence of venture capital investors and disrupted supply chains – Mr Whale argues that the continent can be a leader in a global shift to e-mobility.

The amount of working capital required is “easily realistic”, he says, and could be put up by world governments to speed up roll out.

“We hope we can show that the electric age is here – for everyone – and clean mobility isn’t something that’s just going to trickle down to the global south in a second-hand manner, decades from now. Rather that it’s cost-effective, fundable, investable – now.” 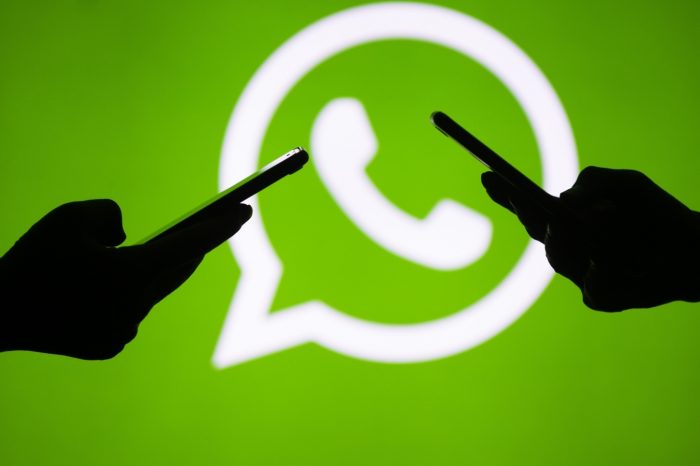 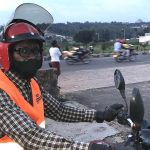