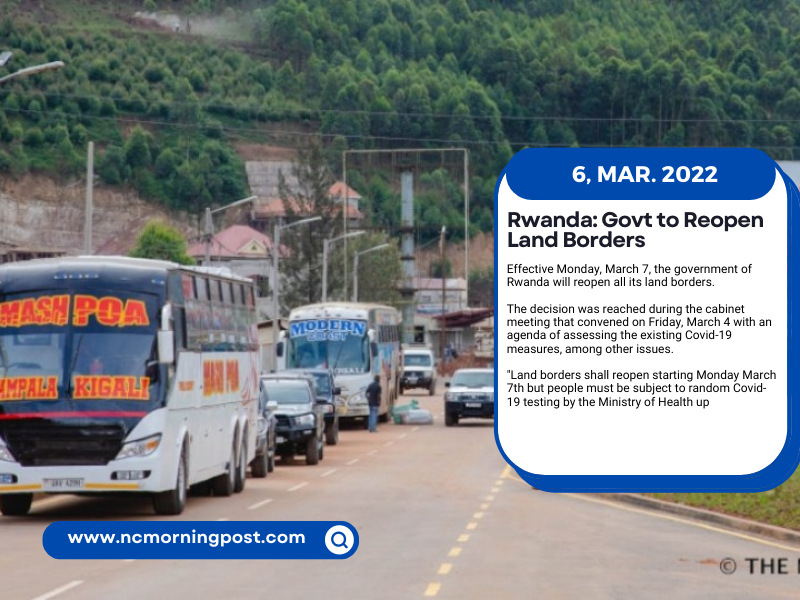 Effective Monday, March 7, the government of Rwanda will reopen all its land borders.

The decision was reached during the cabinet meeting that convened on Friday, March 4 with an agenda of assessing the existing Covid-19 measures, among other issues.

“Land borders shall reopen starting Monday March 7th but people must be subject to random Covid-19 testing by the Ministry of Health upon entry,” read the meeting communique issued by the Prime Minister’s Office.

Rwanda’s border with the Democratic Republic of Congo had been open while the former’s frontier with the eastern Tanzania had been closed, as per the Covid-19 East African protocols.

On the other hand, Rwanda’s Southern border with Burundi had been closed for almost seven years, after the sister nations’ relations became icy in 2015.

At that time, the government of Rwanda expressed concerns about increasing reports of unrest and violence targeting unarmed Rwandan civilians residing in Burundi, hence closing the border to avoid more effects.

However, efforts to mend ties have been underway, and most recently was the visit of Burundian justice minister in Rwanda.

Another border that will be reopened will be the Gatuna border in Gicumbi district between Rwanda and Uganda.

The border post has been dormant for almost three years after Kigali issued a travel advisory in protest against the harassment, abduction, illegal detention and torture of Rwandan nationals in Uganda since 2018.

Rwanda also accused Kampala of hosting and providing active support to armed groups seeking to overthrow the government in Kigali.

Nevertheless, the earlier decision to reopen the border followed the visit to Rwanda of Lt Gen Muhoozi Kainerugaba, the Commander of the Land Forces of Ugandan People Defence Forces (UPDF) for talks with President Paul Kagame over strained relations. 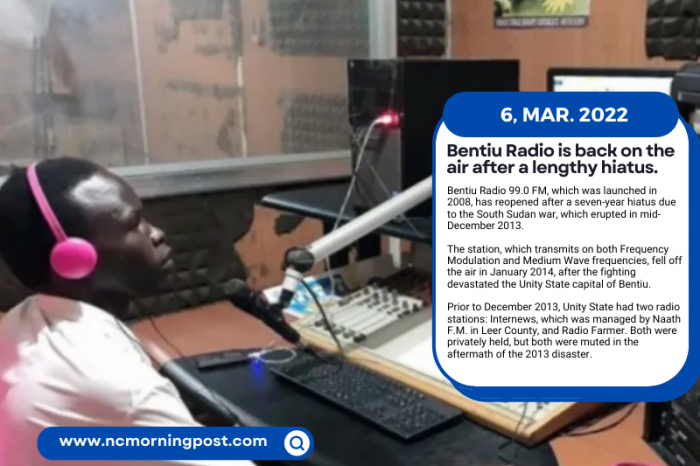 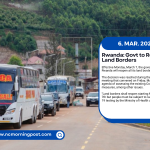