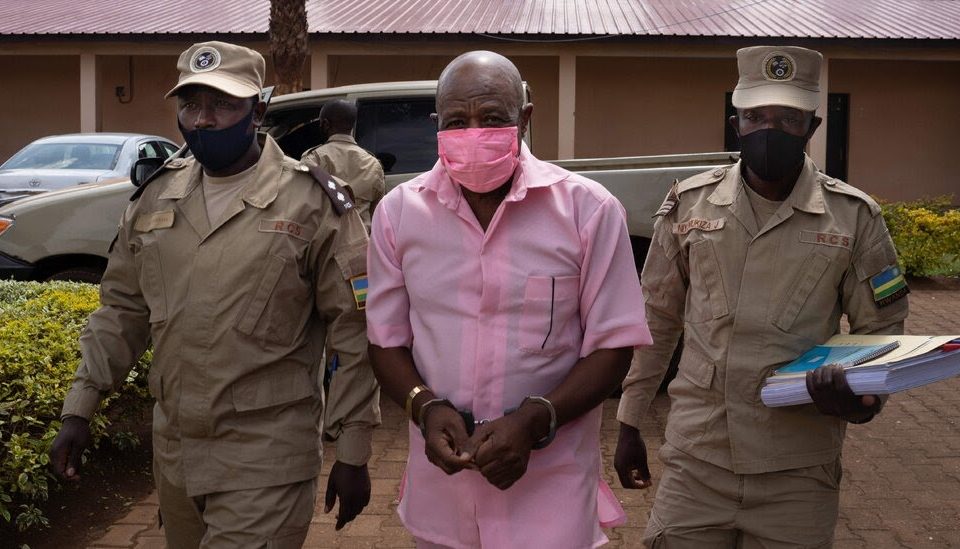 Paul Rusesabagina, the prominent dissident who was portrayed in the Oscar nominated film “Hotel Rwanda” was found guilty on Monday of forming an armed terrorist group in a months-long affair that has drawn international condemnation after government officials bragged about cheating on him. to return to Rwanda.

Mr Rusesabagina has already been praised for accommodating more than 1,200 people in the hotel he managed during the Rwandan genocide of 1994. But he has gradually become one of the most prominent critics of the longtime leader of the Rwanda, Paul Kagame, calling on the president for his increasingly repressive regime. Mr. Kagame in turn accused Mr. Rusesabagina of profiting from made-up stories about his heroism and funding armed rebel groups to overthrow his government.

Mr. Rusesabagina was tried on nine counts, including forming an illegal armed group, kidnapping, arson and murder. Judge Beatrice Mukamurenzi said: “The court concludes that they should be convicted of being part of this terrorist group.

“They committed terrorist acts which they then bragged about in various announcements and videos,” added the judge.

Timothy P. Longman, professor of political science and international affairs at Boston University and author of two books on Rwanda, said: “This trial is part of a long history in Rwanda of silencing dissent.

“The actual verdict in the Rusesabagina case is almost irrelevant at this stage, as the message has been clearly sent that no Rwandan is safe to denounce President Kagame and the ruling Rwandan Patriotic Front,” a- he added.

Mr Rusesabagina boycotted the trial in March, saying he did not expect justice to be served. He was living in Texas last year when he was tricked by Rwandan government agents into boarding a plane in Dubai that took him to Kigali, the Rwandan capital. He says he was first denied access to lawyers of his choice, held in solitary confinement, tortured and interrogated in a secret detention center.

Mr. Rusesabagina and his lawyers have also argued that his rights to confidential communication and to prepare his defense have been repeatedly violated. The trial, which began in February, has been widely condemned by Mr. Rusesabagina’s family, rights groups, legal associations and European and American lawmakers. More than three dozen U.S. senators and officials have urged Mr. Kagame to release him.

Mr. Rusesabagina decided not to attend the court hearing on Monday, according to one of his lawyers, Jean-Félix Rudakemwa. The Supreme Court complex, which is close to the president’s office, was filled with members of the diplomatic corps, lawyers and security officials.

“It was so painful to watch this trial,” said Carine Kanimba, the daughter of Mr. Rusesabagina, who watched the proceedings online from Belgium. “We knew they were going to find him guilty. The script was written long before he entered the courtroom. This verdict does not mean anything.

At the heart of Rwanda’s case against Mr. Rusesabagina was his leadership role in the Rwandan Movement for Democratic Change, a coalition of opposition groups in exile whose armed wing, the National Liberation Front, is accused of being responsible for attacks inside Rwanda that left nine people dead. Mr. Rusesabagina was on trial along with 20 other defendants, whom prosecutors described as fighters involved in the perpetration of these attacks in southern Rwanda.

The three-judge panel of the Rwandan High Court for International and Cross-border Crimes was due to render its decision in mid-August, but has been postponed without giving a reason.

The conviction will herald a dismal chapter for a man hailed around the world as a humanitarian and activist who has shown courage in the midst of a season of bloodshed.

Mr. Rusesabagina was the manager of the luxurious Hôtel des Mille Collines in Kigali when the 1994 genocide began. As Hutu militiamen killed up to a million people, Mr. Rusesabagina turned the hotel into a refuge for 1,268 Tutsis and moderate Hutus, using money, alcohol and diplomacy to push back the possible killers.

Fearing for his safety in the years following the genocide, Mr. Rusesabagina requested political asylum in Belgium. His profile was raised after the release of the critically acclaimed film “Hotel Rwanda”, which earned him world accolades, including President George W. Bush’s Presidential Medal of Freedom in 2005.

But it was Mr. Rusesabagina’s memoir in 2006, “An Ordinary Man,” which put him in direct conflict with Kigali. He wrote that Mr. Kagame ruled Rwanda “for the benefit of a small group of Tutsi elites” and that the Central African nation had “a cosmetic democracy and a hollow judicial system”.

Soon after, Rwandan officials began accusing him of exaggerating his role during the genocide, as well as aiding anti-Rwanda rebel groups. After a series of threats and intrusions into his home in Brussels, he decides to move his family to the United States, settling in San Antonio, Texas.

It was from there that he boarded a flight in August last year, heading to Chicago before taking an Emirates flight to Dubai. Subsequently, he boarded a private jet with Constantin Niyomwungere, a pastor whom he called his “friend” and who, according to him, had invited him to speak in his churches in Burundi, neighboring Rwanda.

What Mr. Rusesabagina did not know was that Mr. Niyomwungere was a Rwandan intelligence agent and had been part of a setup to lure him to Rwanda. The private jet, operated by Greece-based charter company GainJet and paid for by the Rwandan government, landed in Kigali on August 28, 2020. Upon landing, Mr. Rusesabagina was tied up, blindfolded and arrested.

In December, Mr. Rusesabagina and his family sued the charter airline in the United States, alleging it was complicit in his kidnapping.

For days he was held in a place he described as a “slaughterhouse” where he remained tied up, unable to breathe properly or use the toilet, according to an affidavit from one of his Rwandan lawyers, Mr. Rudakemwa.

Amnesty International and Human Rights Watch both said the arrest amounted to enforced disappearance, a violation of international law.

Rwandan authorities have denied that Mr. Rusesabagina was mistreated and said he was traveling to Burundi to liaise with rebel groups based there and in neighboring Democratic Republic of Congo. But Rwandan officials did not hide their joy at apprehending Mr. Rusesabagina. Rwandan spy chief General Joseph Nzabamwita said in an interview with the New York Times that it was a “very perfect intelligence operation” and “wonderful”.

The trial officially began in February after the court rejected Mr. Rusesabagina’s argument that he could not stand trial in Rwanda because he was no longer a citizen. A Belgian citizen and permanent resident of the United States, he has been denied bail even though his family and lawyers have expressed concerns about his poor health.

In March, he said he would no longer participate in the trial because he did not expect it to be fair. As late as Friday, his lawyers said prison authorities continued to search them, prohibited them from bringing documents to their meetings, and confiscated confidential and privileged legal documents related to the case – an issue that Rwanda’s former attorney general inadvertently admitted on a video recording.

Kate Gibson, lead lawyer for Mr Rusesabagina, said: “Any of these violations would prompt an independent judiciary to permanently stay proceedings against an accused. “

As the trial progressed, some of Mr. Rusesabagina’s co-defendants reconsidered their testimony against him, claiming that he had never belonged to a rebel group or ordered attacks. Among them was Callixte Nsabimana, the former spokesperson for the armed group, who was brought to Rwanda from the Comoros under mysterious circumstances in 2019.

In June, Mr Rusesabagina’s international defense team said authorities told him they would stop his access to food, water and medicine – a move they said was meant to put pressure on him. on him to return to trial. Rwandan authorities said he was treated like other detainees and had access to meals and a doctor.

Recently released from solitary confinement after 258 days, Mr. Rusesabagina attended church on Saturdays, took short daily walks, spoke to his family once a week, and read books sent by family members. But his interaction with detainees is very limited, said Rudakemwa, his lawyer.

“No one is allowed to talk to him,” he said. “It’s like another isolation.” 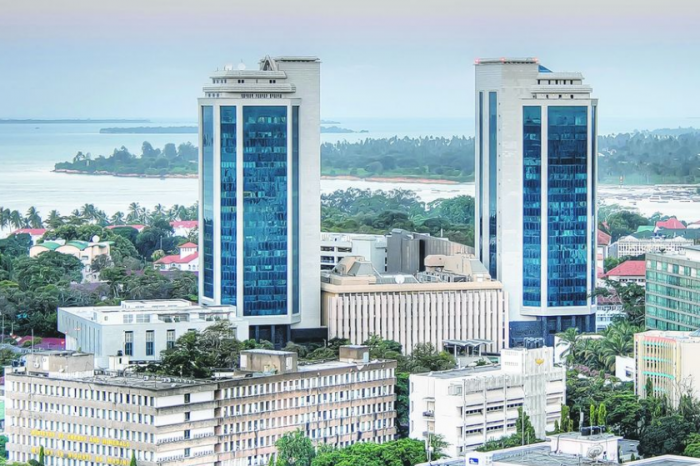 Tanzania's national debt has risen by $3.9 billion in a year, according to a Bank of Tanzania July report. 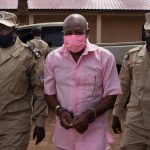