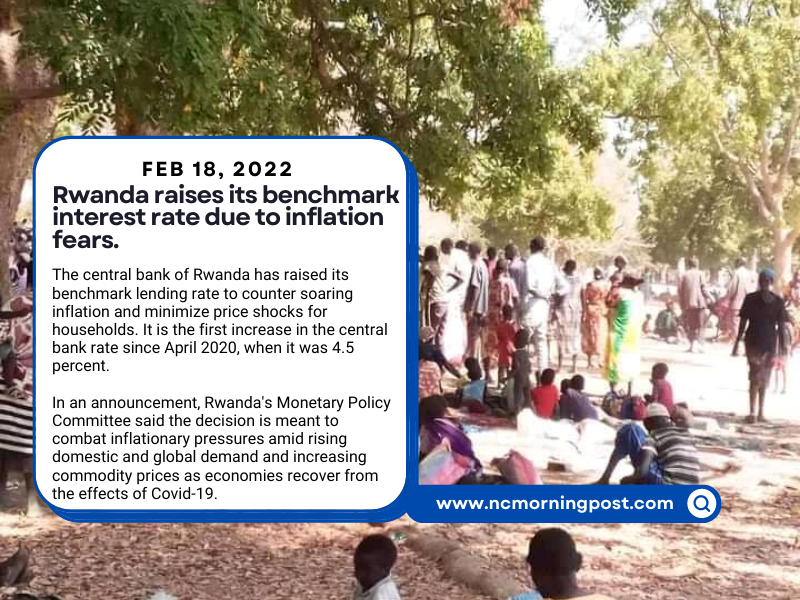 The central bank of Rwanda has raised its benchmark lending rate to counter soaring inflation and minimize price shocks for households.

It is the first increase in the central bank rate since April 2020, when it was 4.5 percent.

In an announcement, Rwanda’s Monetary Policy Committee said the decision is meant to combat inflationary pressures amid rising domestic and global demand and increasing commodity prices as economies recover from the effects of Covid-19.

Inflation rose to 4.3 percent in January from 1.9 percent in December, exceeding the 5 percent central bank target set for 2022.

In order to ensure that inflation is contained at an adequate level while continuing to support economic growth, the MPC has decided to increase the central bank rate (CBR) by 50 basis points to 5.0 percent,” said central bank governor John Rwangombwa.

He said the monetary policy stance would be adequate to continue supporting the economy while containing inflation in the medium term and minimizing the negative effect on purchasing power.

Consumer prices increased 1.3 percent year-over-year in January, according to the National Institute of Statistics, rebounding after six consecutive months of declines, mainly due to increases in transport, housing, and utility prices.

Despite the government’s measures to contain price increases by subsidizing public transport and fuel prices, the central bank warns that supply constraints this year are likely to persist for some food imports, such as edible oils.

Further, the expected slowdown in domestic food production in February to June growing season is expected to see an uptick in food inflation.

Andrew Mold, chief, regional integration and AfCFTA Cluster, United Nations Economic Commission for Africa, noted that in the last 12 months, there have been significant inflationary pressures across the world, particularly in Europe and the US, and now in parts of the African continent.

Part of the problem, he said, has been significant supply-side disruption due to the COVID crisis, though the inflationary consequences of lax monetary policy are beginning to be felt.

However, that has clearly begun to change. In response, central banks around the world are reviewing their base rates and considering raising them.

Rwanda’s action this week must be viewed in the context of this wider context,” he explained further in The EastAfrican publication seen by NCMP.

In East Africa, Kenya and Uganda have left their benchmark interest rates unchanged at 7 percent and 6.5 percent, respectively. 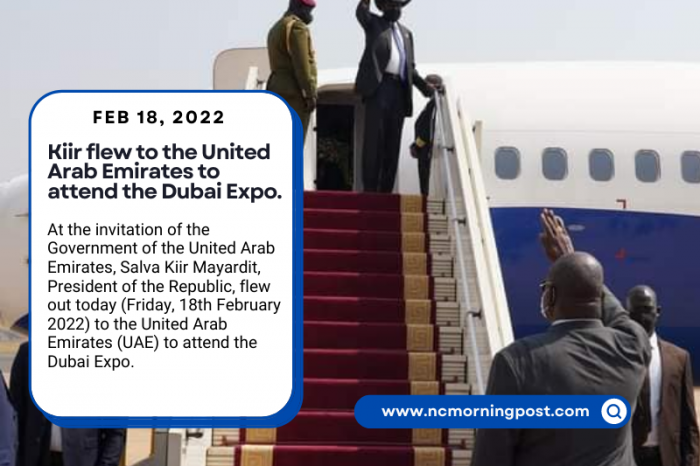 Kiir flew to the United Arab Emirates to attend the Dubai Expo. 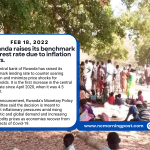