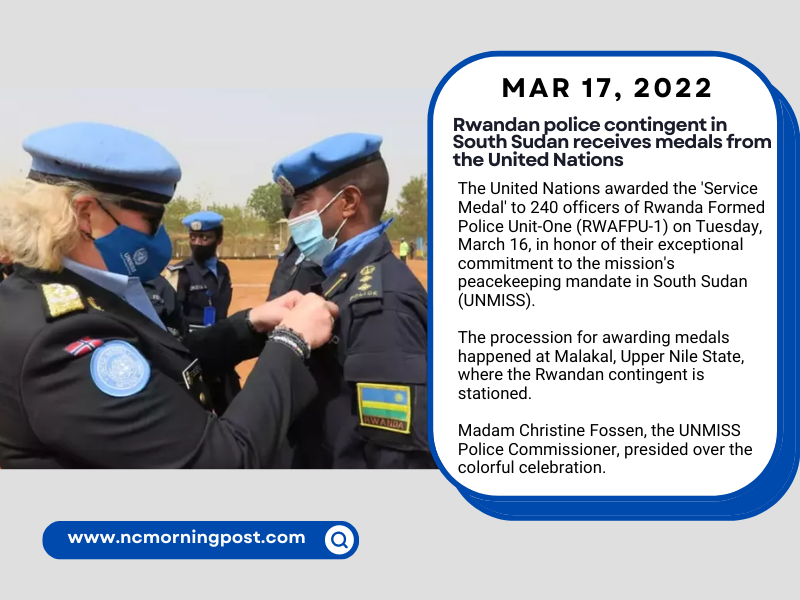 The United Nations awarded the ‘Service Medal’ to 240 officers of Rwanda Formed Police Unit-One (RWAFPU-1) on Tuesday, March 16, in honor of their exceptional commitment to the mission’s peacekeeping mandate in South Sudan (UNMISS).

The procession for awarding medals happened at Malakal, Upper Nile State, where the Rwandan contingent is stationed.

Other high-level UN, diplomatic, and government officials, as well as representatives from other contributing nations and the South Sudan National Police Service, were also present (SSNPS).

Madam Christine Fossen, Head of UNMISS Police Component, salutes upon her arrival to preside over the medal pinning procession.

In her comments, Police Commissioner Christine Fossen thanked the distinguished men and women for their “hard work, discipline, professionalism, and devotion to achieving the UNMISS mandate,” particularly during this difficult moment of the COVID-19 epidemic.

Today, we recognize your hard work and sacrifice, your excellent collaboration with other agencies, your commitment to civilian protection, and your long-term stability in South Sudan, “Madam Fossen remarked.”

The Police Commissioner then met with the Rwanda FPU-1 commanders, who briefed her on the contingent’s operations and other human security actions since its deployment in South Sudan in April of last year. 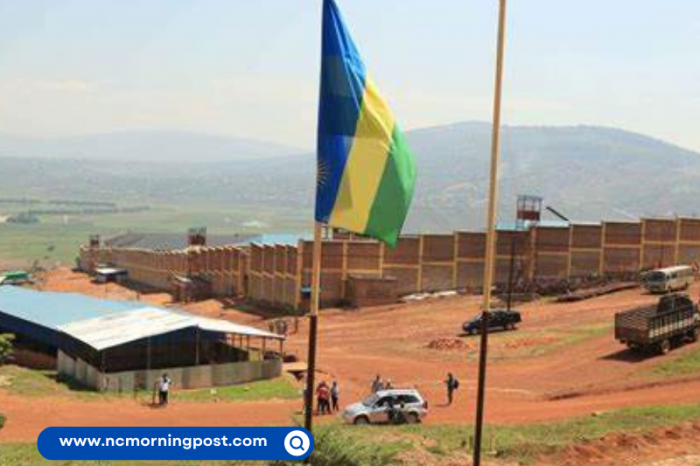 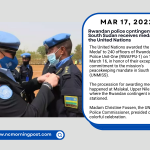