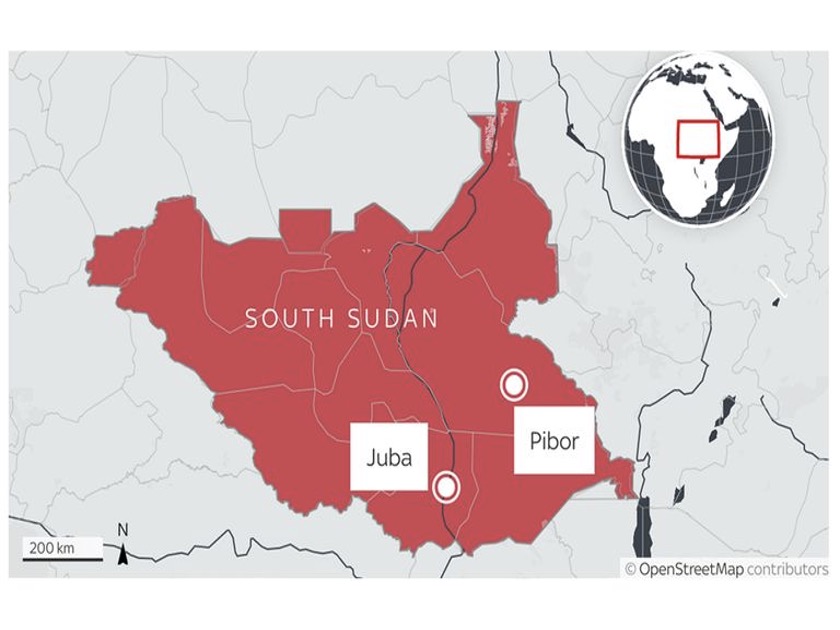 When the UK government announced cuts to overseas aid spending amounting to £4bn, the decision sent shockwaves through South Sudan, which is being faced with an economic crisis.

Britain’s Foreign Secretary Dominic Raab said the government was looking to provide “value for taxpayers” in places like South Sudan, where the UK was the country’s second-largest donor.

The feeling in this impoverished nation’s capital, Juba, is noticeably different. The people who run international and local aid organizations – as well as those who govern here – are deeply afraid.

“We look at it so unfriendly and so inhuman to cut aid at this particular time. It is the time when we need the world’s attention like never before,” said the minister of humanitarian affairs, Peter Mayen Majongdit.

He said he was notified of the cuts in a letter dated 27 April, but that the UK still has not provided any details.

“We asked, what went wrong in our relationship with the British government? We felt it was a time to double their effort,” said Mr Majongdit.

According to agencies such as the UN’s World Food Programme (WFP), this country of 11 million is “on the brink of famine”.

More than two-thirds of the population are suffering from severe food insecurity, with approximately 100,000 in isolated areas now considered at risk of mass starvation.

The deterioration of conditions on the ground comes at a time when agencies like the WFP are cutting emergency food rations as donors shrink their budgets.

The UK has slashed its contribution to emergency food aid by around 30%.

“Where we are trying to avert a famine, we have had to prioritise and in other areas where people are somewhat better off we have had to reduce their rations,” said Matthew Hollingworth, country director for the World Food Programme.

“So in effect, we are taking from the hungry to give to the starving and that is never an easy decision to take but it is a decision we have been forced to take this year.”

The South Sudan government has accomplished little since gaining independence from Sudan 10 years ago. It remains almost completely reliant on international aid agencies and their local partners to provide food and basic government services.

Periods of civil war and near-continuous political and tribal conflict have cost the lives of hundreds of thousands of people and two years of unprecedented rainfall have destroyed infrastructure and farming and grazing lands.

The international community is now spending billions of dollars to avert a complex, humanitarian catastrophe but any discussion of UK cuts in South Sudan has not been welcomed by many here.

“There is only one possible way to interpret this,” said the director of one aid agency in Juba. “The UK is embarrassed by the cuts and would prefer people not to know the details.”

Along with aid reductions to the WFP, According to a Sky News report, NCMP understands that a key £120m per year programme called HARISS or Humanitarian Assistance and Resilience in South Sudan has been “indefinitely delayed”.

Furthermore, £6.9m has been cut from what is known as the Health Pooled Funds (HPF) budget, which supports rudimentary health clinics in eight of South Sudan’s 10 states.

In a letter explaining the cuts, HFP director Stefan Lawson said the reductions were “painful” but that they had been fortunate in comparison to others.

“As I am sure you are aware, whilst any cut is painful, this could have been much worse (and has been worse for other FCDO funded programmes in South Sudan…”

In response, the director of one NGO told us “the result (in South Sudan) is simple, people will die”.

Some organisations have lost all their funding, such as Windle Trust International, which operates in areas that the UK government claims to have prioritised.

The British-based charity set up a teacher-training programme in South Sudanese schools and a mentorship scheme for girls in high schools but has lost around £400,000 in expected funding.

The UK has been a big contributor to African aid over the years.

“While the seismic impact of the pandemic on the UK economy has forced us to take tough but necessary decisions, the UK aid budget this year will still be more than £10bn,” it said.

“This year the UK will spend close to half of our bilateral aid in Africa, focusing our support where human suffering remains most acute and ensuring that the UK is able to exert maximum influence as a force for good.

“Our aid will include support to get girls into school, fight the causes and consequences of climate change and support economic development to build trading partners of the future.”

Aid partners and officials in South Sudan see the situation differently, with one NGO head estimating UK cuts “at around 55% in total”.

What the UK is doing in a country where millions of lives are at risk is, in effect, asking other donors to step in and make up the difference.

It is an act of brinkmanship that will win it few friends. 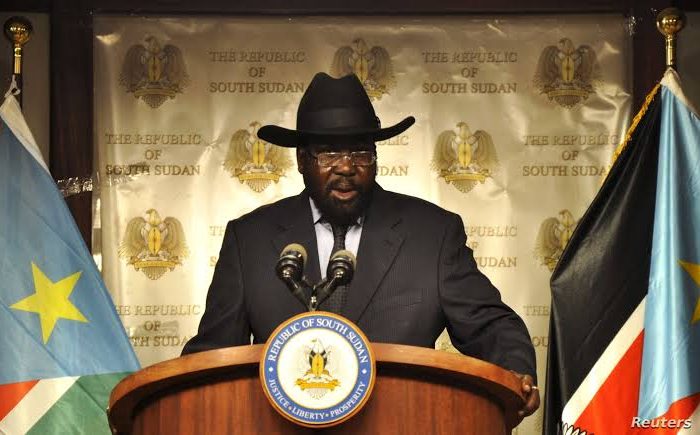 "It's about our image" - South Sudan Gov't tells UN, want a review of the arms embargo extension 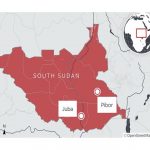