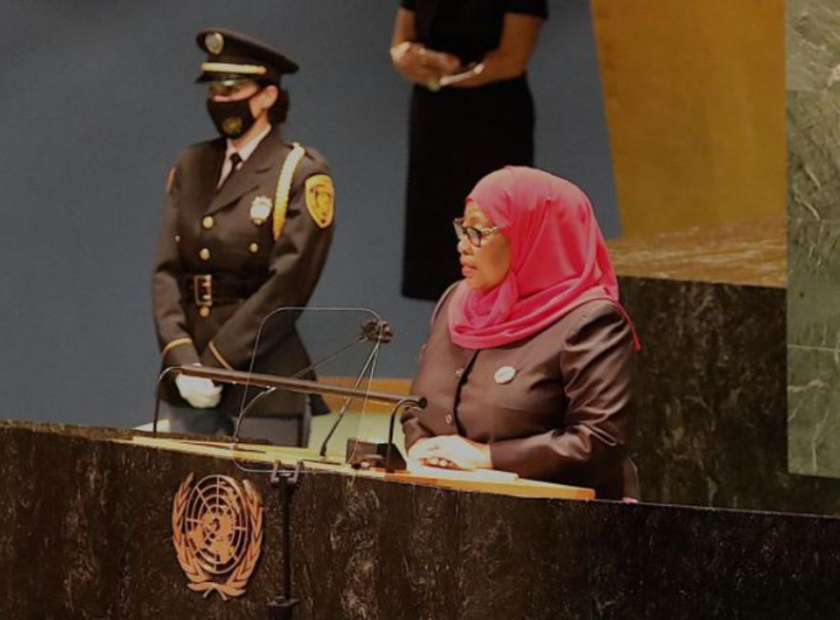 She started by thanking the UN for their expressions of sympathy after the death of Tanzania’s fifth-phase president John Magufuli on March 17, 2021.

She then went on to speak about the worldwide Covid-19 epidemic and how it continues to affect the planet. The head of state used the opportunity to discuss how Tanzania continues to struggle with the terrible effect of the virus by emphasizing how the country’s economy has been severely affected by the epidemic.

She further stated; “The immunization program began in July with the most susceptible populations and subsequently on other age groupings.”

Samia also spoke about how the vaccination deployment worldwide has been uneven. “Mr President, worldwide when Covid-19 vaccinations were created some of us were optimistic that this would be something beneficial for mankind. Nevertheless, we have come to understand that the virus is spreading quicker than manufacturing and distribution of vaccinations since the overwhelming majority have been given in high and middle-income countries.”

The president admitted that given the present pace, it is less probable that Tanzania would achieve the World Health Organisation criterion to vaccinate at least 40 percent of people in every country by end of 2021 and at least 70 percent of people by the first half of 2022.

“The degree of vaccination inequality that we observe is terrible, it is really disappointing to realize that most of our nations have vaccinated less than two percent of the population, and they want more vaccines for their people,” she added.

Samia has submitted a request that patent rights for Covid-19 be shared with nations so that they can afford to manufacture the vaccines. “This is not just the essential step to stop the epidemic but also the moral thing to do in order to serve humanity.”

The chief of state commented on how Tanzania has been economically affected by the virus. “Before the pandemic our economy was expanding at the steady pace of 6.9 percent instead of the present growth rate estimated at 5.4 percent. We are currently starting at rebuilding the tourist industry, which was severely impacted due of travel restrictions imposed by several nations as measures of limiting the spread of Covid-19.”

President Samia also spoke on gender disparity and how being the first female president in Tanzania’s history puts the weight on her shoulder to guarantee gender equality prevails across different sectors.

Climate change has been top on the agenda at this year’s UN meeting. President Samia put light on the effects of climate change on a worldwide scale. “Mr President the problems of climate change are seriously impacting livelihoods, peace and security and lead to the forced relocation of our people. The Tanzanian government spends 2 to 2.5 percent of its GDP to mitigate and develop resilience of communities and this is a lot in a nation which is struggling with poverty combined with onset of the Covid-19 pandemic,” she added.

Samia said that the epidemic is hurting Tanzania’s ability to react to the negative effects of climate change. “Therefore, our actions today decide the destiny of our world in terms of climate change. And in this respect, I urge for the transparent mechanism for the financial distribution and stress that rich nations should complete their obligations to pay $100 billion year by 2025 so as to assist implementation of the Paris agreement.”

In closing, President Samia reiterated Tanzania’s commitment to upholding the ideals of multilateralism as stated in the charter of the United Nations.

“I encourage other countries to continue supporting this August institution, the beginning of Covid-19 has given all of us a lesson that we are intimately linked and that unilateralism will not get us far when it comes to problems that transcend our national borders. 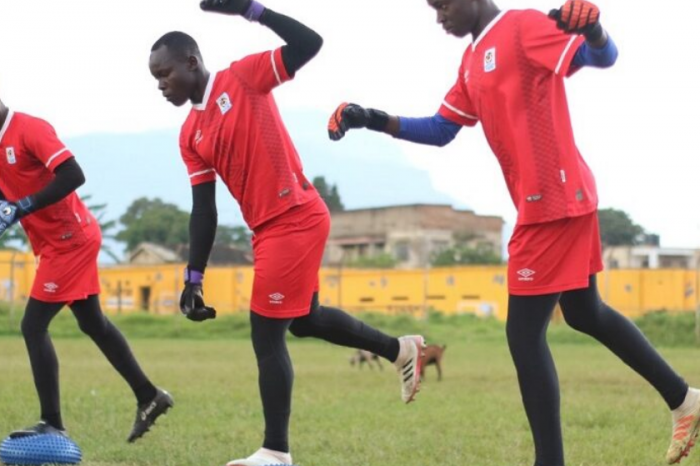 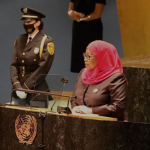