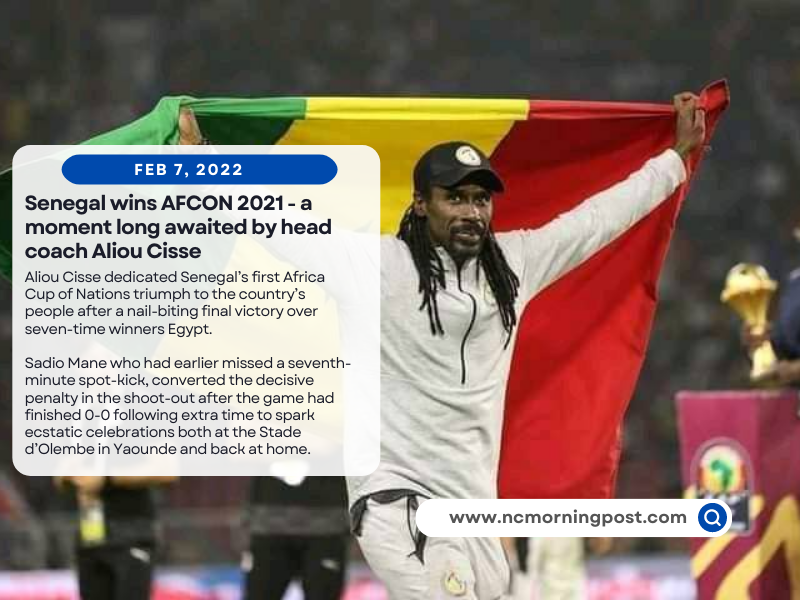 Sadio Mane who had earlier missed a seventh-minute spot-kick, converted the decisive penalty in the shoot-out after the game had finished 0-0 following extra time to spark ecstatic celebrations both at the Stade d’Olembe in Yaounde and back at home.

Head coach Cisse, who missed in a shoot-out as Senegal lost the 2002 final to Cameroon, said at his post-match press conference: “I am an African champion. It was long, it was difficult, sometimes complicated, but we never gave up.

“I dedicate this victory to the Senegalese people. For years, we have been chasing this cup. Today we will be able to put a star on our jerseys.

“Winning the Africa Cup of Nations in Cameroon has a special meaning. Winning against the most successful team in Africa is another symbol.”

Cisse paid particular tribute to his staff after seeing keeper Edouard Mendy save Mohamed Abdelmonem’s penalty to allow Mane to redeem himself as he clinched a 4-2 success.

He said: “For almost seven years, we have been working. Good job, guys.”

© Provided by The Independent (AP)

If Mane was celebrating, club-mate Mohamed Salah who was in line to take his side’s fifth spot-kick, was left devastated.

However, he will not have to wait too long for a chance to avenge his heartbreak when the sides meet over two legs in March with a trip to the World Cup finals awaiting the winner.

Keeper Gabaski, who saved Mane’s first attempt from 12 yards, said: “We will pick ourselves up from this. Today we were not able to win, but we will be better next time.”

Coach Carlos Queiroz watched the game from the stands after being suspended, and it was left to his assistant Diaa al-Sayed to sum up skipper Salah’s disappointment.

He said: “Salah is a world-class player and his attitude is the same as anyone else. He was determined to win.

“He has played in and won big competitions in Europe, but he really wanted to win this trophy for his country.

“With him, we want to qualify for the World Cup. He is just like the captain of any team. He is disappointed that he didn’t achieve his goal.”

From news to politics, travel to sports, culture to climate – The Independent has a host of free newsletters to suit your interests. To find the stories you want to read, and more, in your inbox, click here. 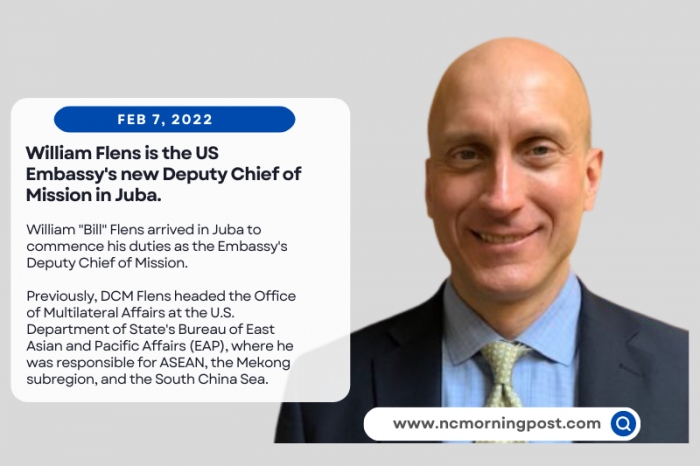 William Flens is the US Embassy's new Deputy Chief of Mission in Juba. 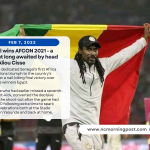