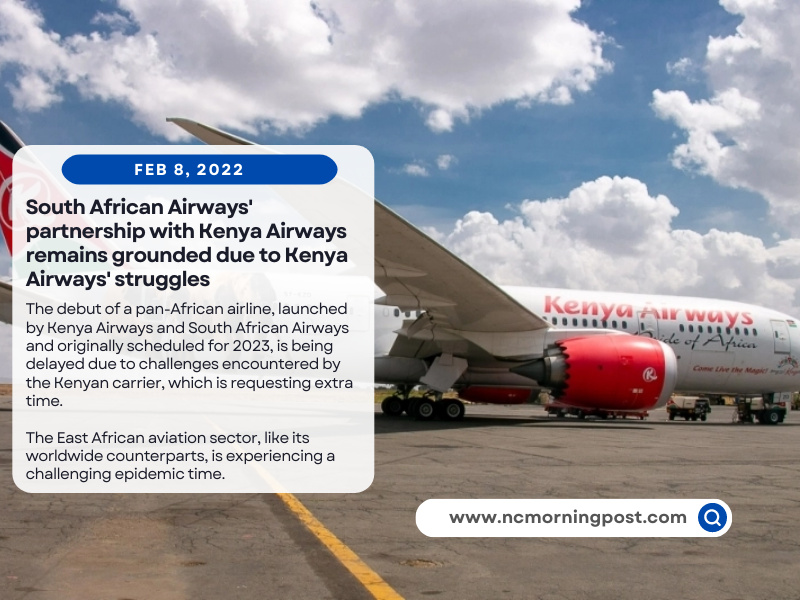 The debut of a pan-African airline, launched by Kenya Airways and South African Airways and originally scheduled for 2023, is being delayed due to challenges encountered by the Kenyan carrier, which is requesting extra time.

The East African aviation sector, like its worldwide counterparts, is experiencing a challenging epidemic time.

Revenue losses and decreased passenger numbers as a result of Covid-19 travel limitations, as well as uncertainties, have taken a heavy toll on the aviation industry, driving some to the edge of bankruptcy.

Kenya’s national airline is losing money. Kenya Airways was not spared and is now undergoing reorganization.

“We are adding to the variety of options available to air travelers, which, of course, benefits from competition,” adds Matindi. “Air Tanzania treats each and every market participant seriously, understanding that they all have goals and objectives to accomplish.”

Kenya Airways #ticker:KQ said it is speeding up talks to begin joint ventures with South African Airways (SAA), with which it struck an agreement last year to develop an African airline by 2023.

Kenya Airways chairman Michael Joseph recently said that, although the deal is long-term, both airlines are in negotiations to cooperatively hasten the execution of similar business strategies in order to acquire a competitive advantage over competitors.

“We’re already talking about certain things we can put in place sooner,” Mr. Joseph said in an interview, without elaborating on the indicated imminent joint business goals.

Last November, the two carriers signed a Strategic Partnership Framework in South Africa, in a move that would ultimately see the two carriers establish a Pan-African carrier despite their long-standing financial troubles aggravated by the COVID-19 epidemic.

The agreement is anticipated to boost the financial sustainability of the two airlines. Customers will also benefit from more competitive pricing across the board, in both the passenger and freight markets.

For years, both KQ and SAA have been losing money.

“The contract has been signed, but it will take some time to properly execute,” Mr. Joseph said in the interview.

The Treasury is to provide Kenya Airways another Sh146.9 billion bailout despite a delayed recovery from a travel fall caused by Covid-19 in financial support, which would result in the State abandoning its ambition to nationalize the airline.

It would also provide the airline with Sh53.4 billion in direct financial assistance in the fiscal year that ends in June 2022 and the following one, making it the biggest business bailout in history.

The bailout comes as the government abandons the preferred long-term solution for the struggling Kenya Airways, which was rooted in the airline’s nationalization—which was authorized by MPs in July 2019 and would have resulted in the airline’s delisting from the Nairobi Securities Exchange (NSE).

According to KQ, the extended recovery prospects and falling earnings in the context of higher expenses owing to stringent health and safety standards would need a bailout to keep the company viable.

The airline’s repeated underperformance has resulted in massive losses and a loss of market share to competitors. 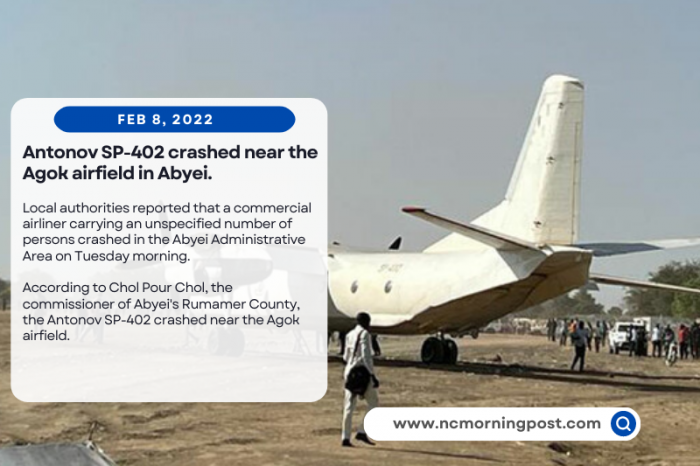 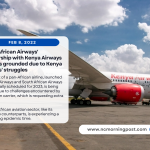