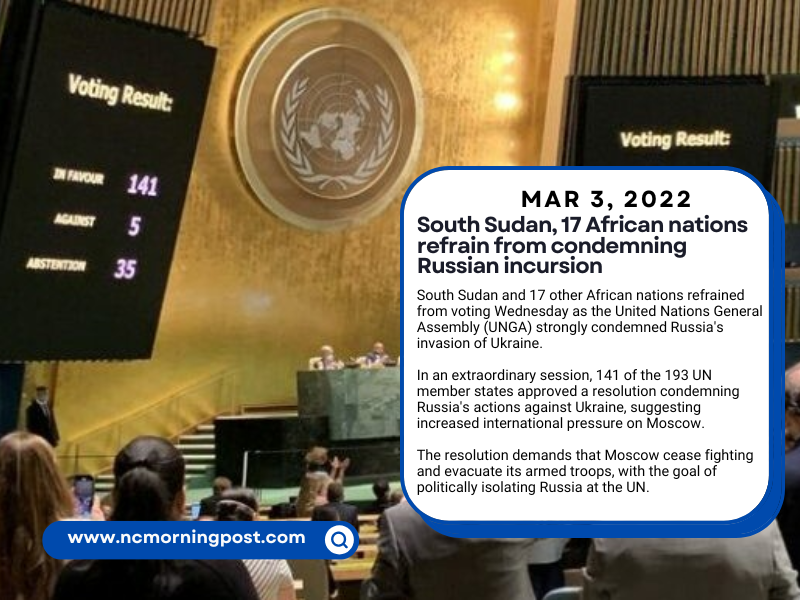 In an extraordinary session, 141 of the 193 UN member states approved a resolution condemning Russia’s actions against Ukraine, suggesting increased international pressure on Moscow. The resolution demands that Moscow cease fighting and evacuate its armed troops, with the goal of politically isolating Russia at the UN.

Eritrea was the only African nation to vote against the resolution, which was also opposed by Belarus, North Korea, Syria, and Russia.

The resolution acknowledges Ukraine’s sovereignty, independence, and territorial integrity, while UN member states express concern over the targeting of civilians in Ukraine.

He urged the international community to act fast, saying that the situation in Ukraine is deteriorating and that “the ticking clock is a time bomb.”

On Tuesday, European Union ambassadors in South Sudan pushed the South Sudanese government to vote against Russia’s actions against Ukraine. 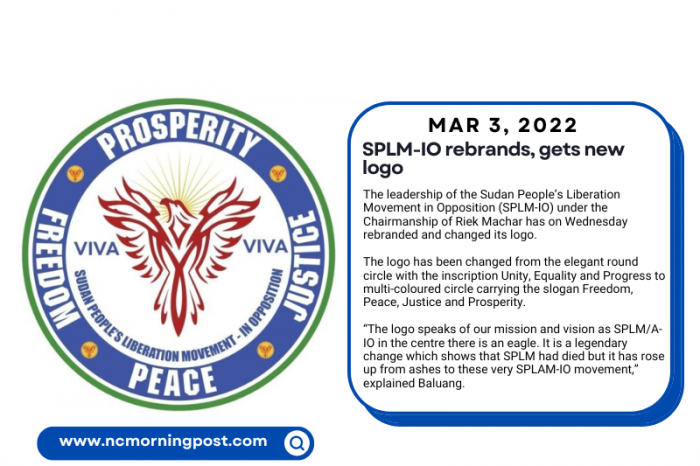 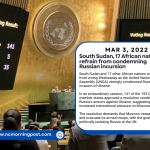