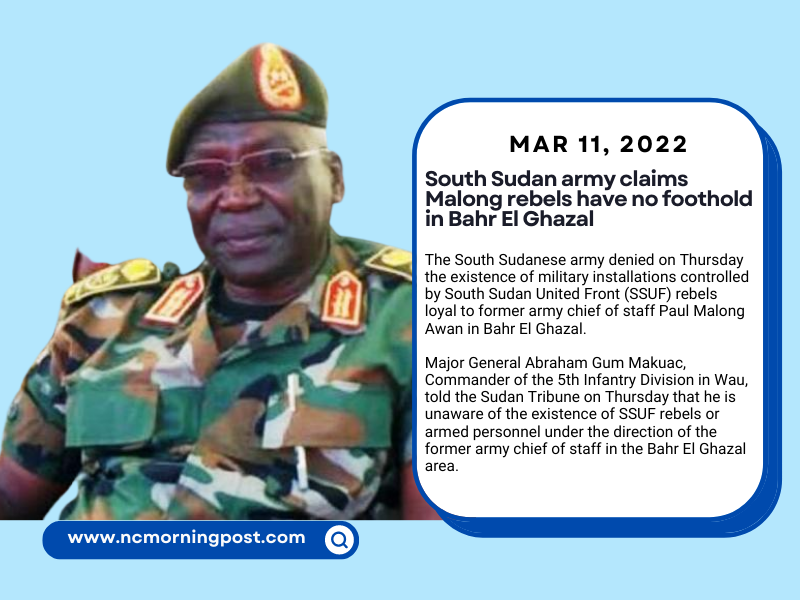 Major General Abraham Gum Makuac, Commander of the 5th Infantry Division in Wau, told the Sudan Tribune on Thursday that he is unaware of the existence of SSUF rebels or armed personnel under the direction of the former army chief of staff in the Bahr El Ghazal area.

“Nothing can be confirmed concerning social media reports.” It’s better to ask them than me. “What I know is that Paul Malong has no troops in Bahr El Ghazal,” Makuac General remarked, before adding that it is best to contact the general headquarters.

“At this time, the SSUF would want to highlight a final warning message.” Due to tenacious military assaults by government forces on our positions in Greater Bhar El Ghazal and Western Equatoria States, the South Sudan United Front/Army General Military Council (GMC) is compelled to issue an urgent warning to civilians, foreign truckers, and non-governmental organizations (NGOs) to avoid random movements in the aforementioned area.”

“We are therefore urging our peace guarantors, notably the Catholic faith-based community of Sant’Egidio, to keep a vigilant eye and engage the government to ease its anti-peace campaign against SSUF/A invincible soldiers loyal to Gen. Paul Malong,” the Sudan Tribune is told.

Nguot said the statement was published because the government had failed to obey the cease-fire agreement agreed with his group in Rome as part of attempts to settle the violence.

“This must be seen as a complete breach of the Rome Declaration of Principles (DoP), Cessation of Hostilities, and Ceasefire Compromise that we signed with South Sudan’s interim administration.”

Furthermore, he disclosed that the SSUF/A high leadership ordered the commencement of a fortified military operation to obstruct the movement of government troops looking for the group’s military outposts and to cut their logistical procurements.

“We take this opportunity to remind our beloved civilians, non-native truckers, and drivers for our military engagements not to intentionally inflict them during such tragic circumstances and to remain alert to cease from moving with military vehicles or carrying any military supplies,” Nguot said in a statement.

Paul Malong’s organization is one of the rebel factions for whom the mediation headed by Saint-Egidio has been attempting to break an agreement with the government.

The mediation supported by USAID aims to promote an inclusive peace agreement in South Sudan by encouraging the hold-out party to join the renewed peace agreement announced in September 2018.

The government and SSOMA signed the Rome Declaration to end hostilities in January of last year.

Last Monday, Presidential Affairs Minister Barnaba Marial Benjamin said that the administration was prepared to begin discussions with the organization.

He did not, however, announce when the conversation will restart. 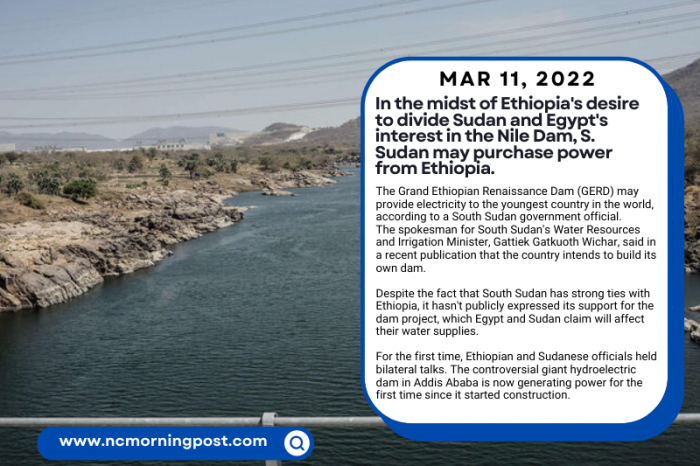 In the midst of Ethiopia's desire to divide Sudan and Egypt's interest in the Nile Dam, S. Sudan may purchase power from Ethiopia. 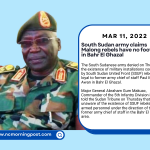