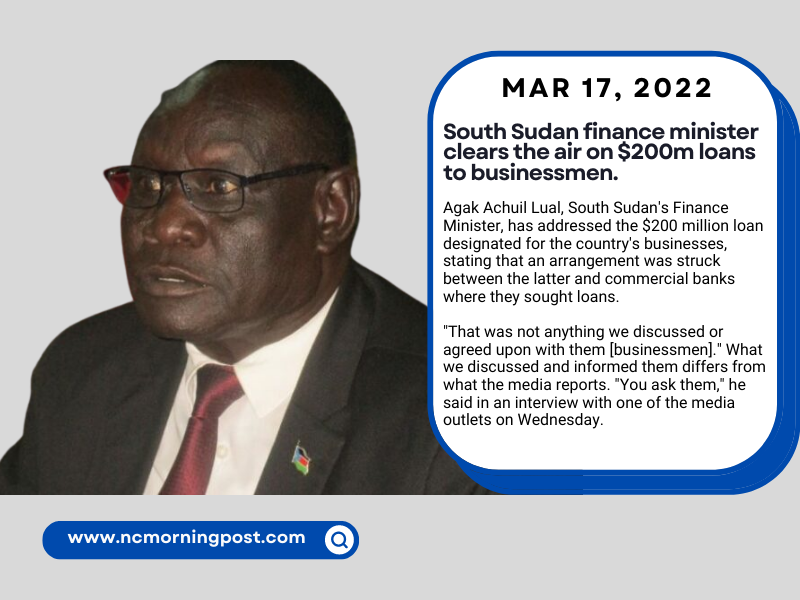 Agak Achuil Lual, South Sudan’s Finance Minister, has addressed the $200 million loan designated for the country’s businesses, stating that an arrangement was struck between the latter and commercial banks where they sought loans.

“That was not anything we discussed or agreed upon with them [businessmen].” What we discussed and informed them differs from what the media reports. “You ask them,” he said in an interview with one of the media outlets on Wednesday.

According to the minister, the businesses sought guarantees for loans they hoped to get from commercial banks, which required collateral.

Lual’s statement came only days after the head of the South Sudan Business Community, Ayii Duang Ayii, said that they had achieved an agreement with the Finance Ministry to mortgage assets in exchange for a $200 million Central Bank loan.

He said that the deal will enable them to utilize their fixed assets to acquire loans in dollars or South Sudanese pounds (SSP).

Ayii said that the assets of the business community, estimated at $1.5 billion, will be utilized to repay the loan over a five-year period.

“We asked the Ministry of Finance and the Central Bank to serve as guarantors.” If we fail and waste the money, they will be the ones to seize these properties and give the money back to those who sponsored us,” he said.

According to reports, the loan, which will be obtained by six commercial banks, will be utilized to boost livestock, agricultural exports, and imports in the nation. 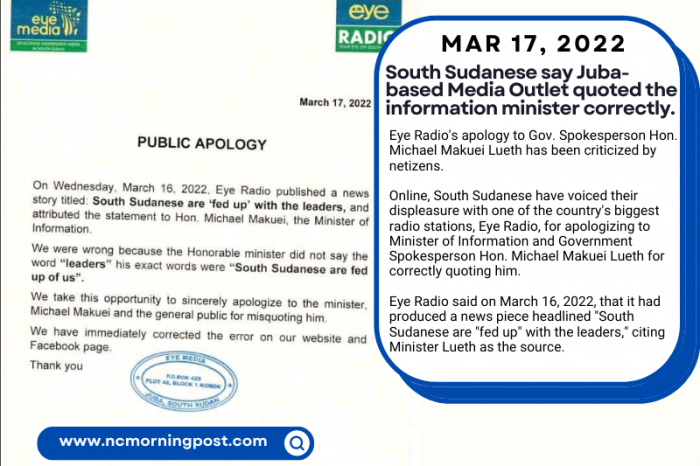 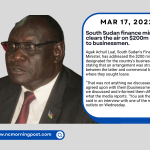