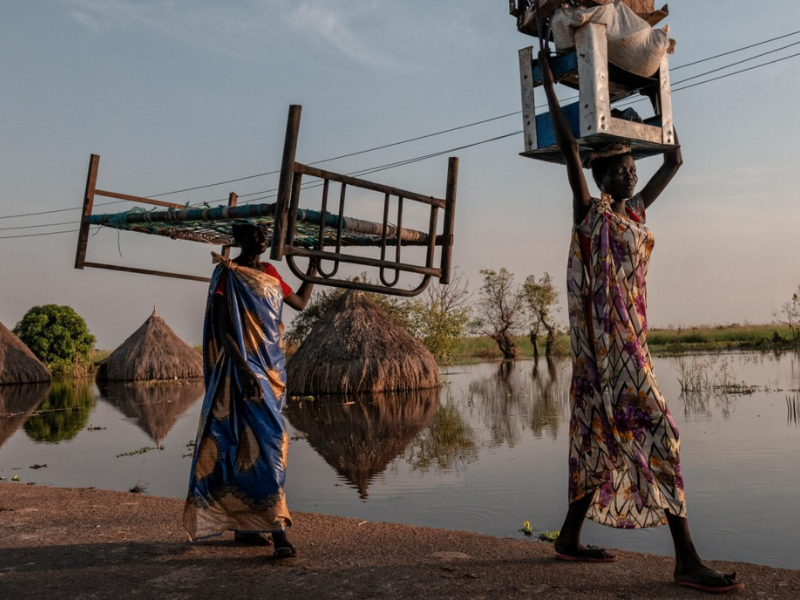 When the floodwaters began to rise in her hamlet, Nyabeel name changed to protect the identities of individuals, and her husband was at a loss for what to do. It was a difficult choice to leave their farm, on which they depended for sustenance. “We moved for three days. With four children and a herd of goats, it was difficult, she claims.

People in Unity State, northern South Sudan, have been suffering for eight months, trapped in deplorable living circumstances and in danger of infectious and waterborne illness epidemics. They suffer from food instability, a loss of income, hunger, and a shortage of adequate drinking water as they are dispersed among multiple temporary campsites. A total of 835,000 people are thought to have been impacted.

Nyabeel had survived in her community by farming her property and milking her goats. “We lived a more steady existence than the one here; today we eat maize for one meal a day.” Nyabeel had taken her one-year-old son to MSF’s mobile clinic in Kuermendoke camp, Rubkona town, for treatment for acute malnutrition and immunizations. Kuermendoke is one of three camps where a large proportion of children under the age of five are suffering from severe acute malnutrition.

“Our nutritional assessment revealed that the frequency of severe acute malnutrition in the camps is much beyond the WHO’s 2% emergency threshold,” says Dr. Reza Eshaghian, MSF’s medical team head for emergency flood response.

According to Dr. Eshaghian, the flood’s effect is apparent. “Walking through the camps, you see starving children, people gathering muddy floodwater to drink, and livestock collapsing with their corpses all over the place. People’s health is suffering as a result of such deplorable situations. “

Floods in 2021 killed approximately 800,000 animals and ruined more than 37,000 tons of crops in South Sudan, according to preliminary FAO research.

Floods have ruined around 65,000 hectares of agricultural land, while over 800,000 animals have perished throughout eight of South Sudan’s ten states.

After losing so much of their livestock, many displaced women have turned to gathering firewood for a living. Food commodity price increases are making it more difficult for displaced people to get food.

We established a third ITFC unit at our hospital in Bentiu IDP camp due to a surge in admissions to the Inpatient Therapeutic Feeding Center (ITFC) of 80%. Our teams also conduct mobile clinics that visit camps in and around the Mayom area, Bentiu, and Rubkona, treating malaria, malnutrition, and acute watery diarrhea.

Finding clean drinking water has become almost difficult for the majority of individuals who have been relocated. “The floodwater is our sole supply of water for drinking, cooking, and washing,” explains Nyapal, a mother of four.

Sanitation facilities in the IDP camp were already in poor shape and were seldom maintained prior to the floods in Bentiu. “For a while, water made access to the waste treatment ponds difficult. As a result, sewage accumulated in the camp latrines, which subsequently spilled into the open sewer canals, where children regularly played “Cawo Yassin Ali, MSF water and sanitation team leader in the flood response emergency team, adds

MSF has put up a sewage treatment facility within the camp to capture and treat fecal waste in order to limit the danger of epidemics.

Humanitarian organizations, funders, and the South Sudanese government must act quickly before it is too late. They can’t afford to keep waiting much longer. MSF medical team head for emergency flood response, Dr. Reza Eshaghian

With the water levels steadily receding near Bentiu, it’s unclear when Nyabeel, Nyapal, and the thousands of other displaced residents will be able to return home. “We don’t have anything here; we arrived empty-handed; the hamlet is flooded, and we don’t know when it will dry,” Nyabeel explains.

People will be compelled to continue living in such perilous situations until they can return home. This presents an additional difficulty for humanitarian actors, who must maintain focus on responding to urgent needs while also acknowledging the extended character of the crisis and maintaining relevant requirements beyond the first emergency threshold.

“There are several requirements, including adequate housing, clean water, and sanitary infrastructure, decent healthcare, food security, and livelihood assistance. Humanitarian organizations, funders, and the South Sudanese government must act quickly before it is too late. They can’t afford to keep waiting much longer. ” Dr. Eshaghian remarks

Since 1983, MSF has been operating in South Sudan. Today, we are involved in over 14 projects around the nation, providing vital medical services to communities in desperate need. Our colleagues operate in hospitals and clinics around the nation, delivering some of our most important programs globally.

We offer both basic and specialist healthcare, as well as react to crises and epidemics that impact remote villages, internally displaced persons, and Sudanese refugees. Our staff is continuing to engage with the Ministry of Health to prepare for the COVID-19 pandemic. 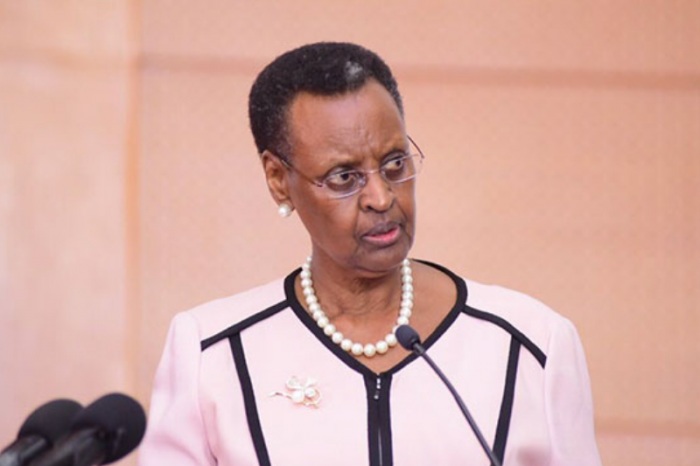 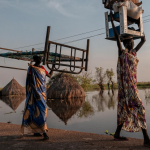