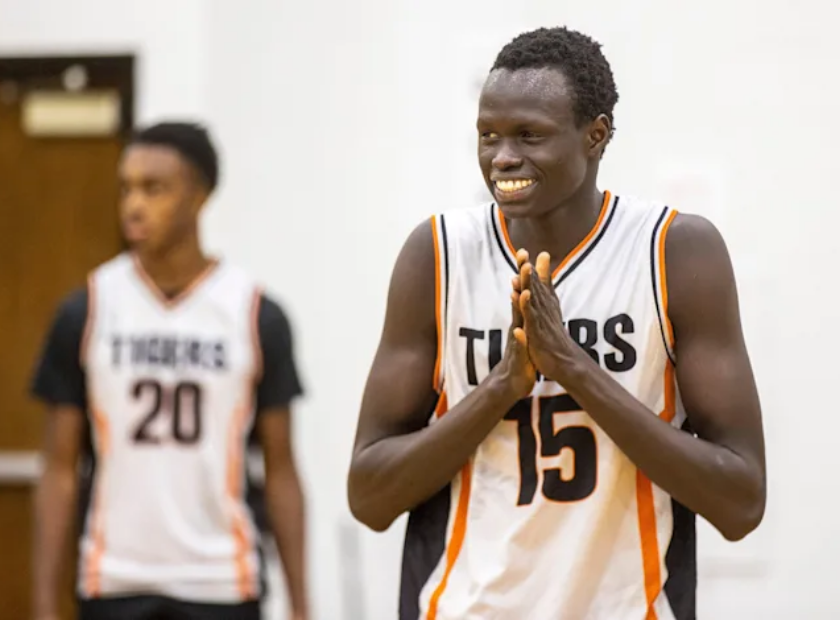 Everyone that gets into sports has their own respective motivations for why they started. Some just picked up the ball because it was fun or good exercise, while others see their sport as a way to achieve things like academic opportunities or financial success.

All of those reasons apply to Fern Creek senior Isaac Duop, but there’s the added fact that basketball also brought him across the ocean as he looked for better opportunities away from his birth country.

Duop was born in South Sudan to a family of farmers, but war and poverty provided few opportunities for any educational or economic advancement. So in 2013, his family made the decision to send him to Kenya to live with relatives and enroll in a boarding school.

“They taught me well,” said Duop. “My mom (and) dad taught me well when I was a kid. They (felt) this was the right decision. There’s no good education in South Sudan, and there was war. So there was no way I could go to school at that time.”

While in boarding school, Duop noticed a group of kids playing some pickup basketball. Duop had always been a soccer player growing up, but he was intrigued with the sport of basketball at first sight, though it would take a few years and a growth spurt before he decided to step on the court. Duop and the game clicked immediately.

“When I see those friends of mine going outside, I tell myself, ‘Why don’t I try this? Let me try basketball, ‘” said Duop. “At that time, it’s just for fun.”

Soon he started connecting with people on Facebook over basketball, where he would talk to his friends and anyone that would listen about the game. Duop wanted to learn more about the sport in order to get better, and some would offer tips and other advice to help him develop his game.

“I was just trying my luck at creating friendships,” he said.

Eventually, Duop got connected with an individual named Don White. White lived in Portland, Maine, and though he never met him face-to-face, he sent Duop basketball videos to improve his game. Duop took every opportunity to connect with White during holiday breaks from boarding school, and both of them eventually came to recognize that basketball could further provide Duop with the opportunities his family had hoped for him.

“I kept grinding,” said Duop. “At that time, Don White was looking for schools. We tried a lot of schools, (but) there was no place to live. He told me don’t lose hope, and I’m the type of guy that never gives up.”

White eventually reached out to James Schooler, the Fern Creek boys basketball coach, about Duop. Schooler was open to receive him, but there was still the issue of figuring out Duop’s living situation. Fortunately, Duop had a step-sister who lived in Kentucky with her husband.

“(White) talked back with Coach Schooler,” said Duop. “And Coach Schooler said, ‘No problem. Let him talk to his sister, and let his sister come to school to meet me. ‘ That’s how we got connected, and Coach Schooler was very positive. He was doing a lot of things. He (wrote) the letters that (petitioned) that I should come here.

“I remember two of them failed, but I (and) Coach Schooler never give up. He started writing more and more until he got the final letter that was good enough to convince the embassy people to bring me here.”

“It really started from him sending me a message on social media,” said Schooler. “The message was so inspirational that it shook me, and I just told him that if you get here, I will take care of you like my own son. And he got here.”

Duop immigrated to the United States in November 2019 and kept up his dedication to the court, having played for the Tigers for the past two years. And it’s looking like the sport of basketball is creating more opportunities for Duop, who has drawn interest from smaller schools like Campbellsville University and Berea College at this point. It’s all a part of Duop’s journey, as he looks forward to using his time in school to help benefit his family in South Sudan.

“After I finish college and get that degree, I can go back and do something better for them,” said Duop, who plans to pursue a business degree wherever he goes to school. “When I got here, I knew everything would be okay, even if I (did) not succeed in basketball. There are other paths I’m going to take, (and) I know I’m going to succeed. I’m going to help my family because it will not be my dream alone. ”

But as for the here and now, Duop is looking forward to enjoying his senior year on the court with the Tigers.

“I’m really happy right now,” said Duop. “Last year, there were a lot of seniors. My coach was preparing me for this season. This is my time right now as a senior, so I’m going to be happy to start the season strong.” 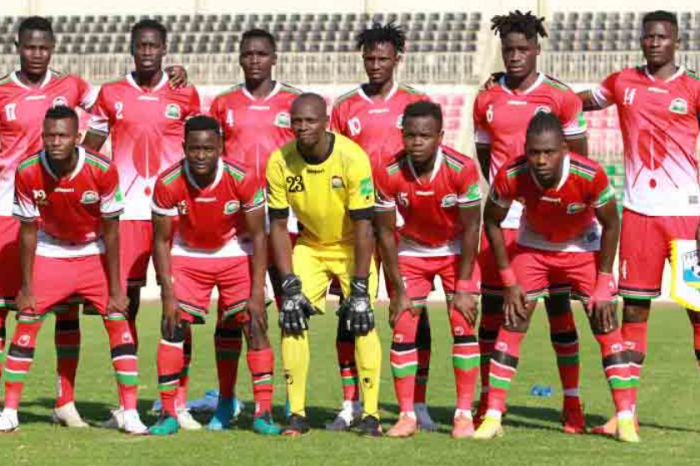 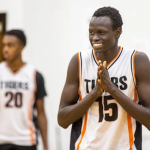