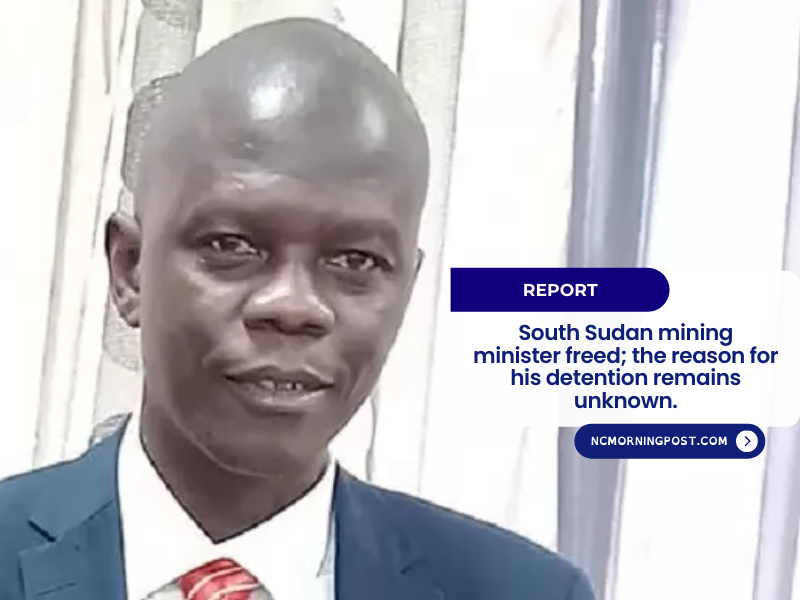 Martin Gama Abucha, South Sudan’s Mining Minister, was detained by security agents in Nimule and freed after two hours of confinement, according to a senior military commander.

Gen. Abucha was apprehended on his way to Uganda’s Adjumani District on Saturday afternoon.

Security operatives apparently tracked the national minister’s convoy from the Loa region to the border town of Nimule, where they were apprehended.

Gen. Abucha’s release was verified by the SPLA-IO commander in charge of the Anyanya Division at the Achwa cantonment location.

Brigadier General Okeny According to George M Lam, the minister was freed when CTSAMVM in Torit Town intervened.

The SPLA-IO commander accused the security forces for what he called political party allegiance along the Juba-Nimule route.

“What occurred Saturday was a notion that many participants in the renewed agreement continue to annex ministers and other national or state officials to other party systems,” Gen. Lam said.

The minister’s release was also verified by a representative for First Vice President Dr. Riak Machar, who stated Gen. Abucha had left for Uganda.

The arrest, according to Puok Both Baluang, was a breach of the revised agreement.

He demands that the national minister’s detention be thoroughly investigated. “This is also a breach of our government since it is their minister who is in charge of national security.”

“We want an inquiry into what occurred, and those involved should be held accountable for their errors since this is a violation.” This is not the way the government of national unity can function, we condemn it in the harshest terms imaginable,” Baluang said.

The reason for Gen. Martin Gama Abucha’s arrest and detention by security personnel is unknown.

General Abucha, who was appointed to the ministerial position on the SPLM-IO ticket, also serves as the party’s representative at the CTSAMVM security mechanism. 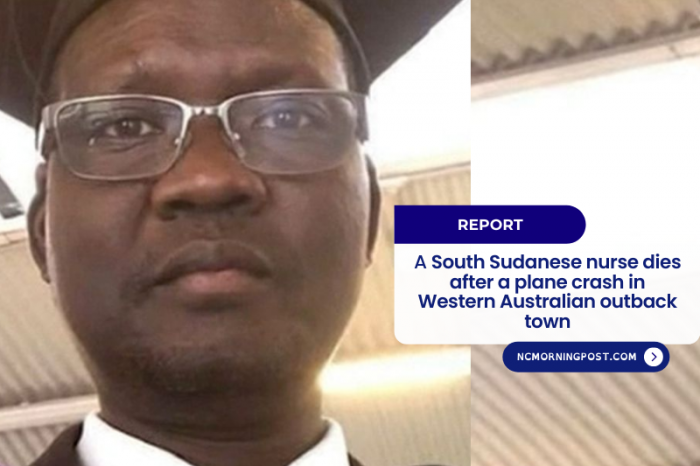 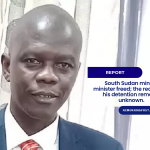