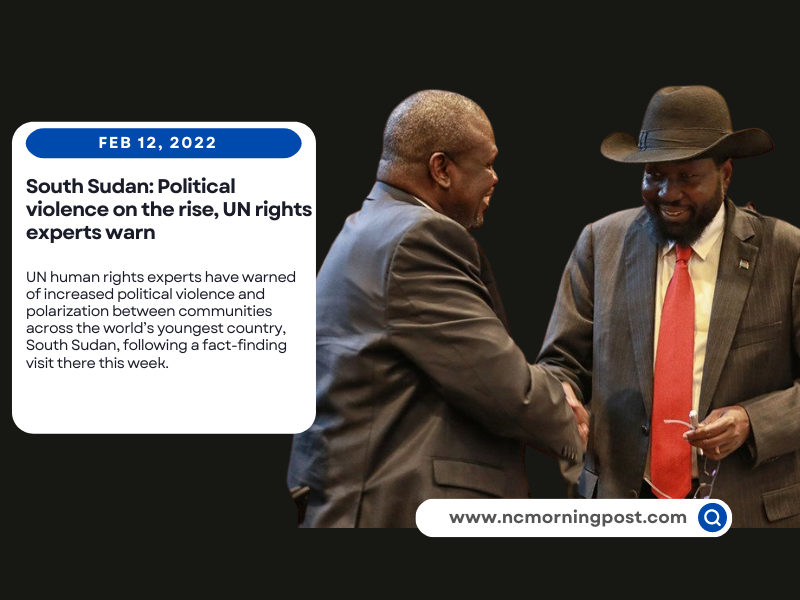 The UN Commission on Human Rights in South Sudan said on Friday that the failure to implement major terms of a 2018 peace agreement leads to the ongoing instability and impunity that permits breaches to occur.

“Key players agree that, although significant progress has been achieved in implementing the Revitalized Agreement, crucial components like as security sector reform, constitutional and electoral reform, and transitional justice remain unaddressed.”

“All of these remaining concerns have an influence on the country’s human rights situation,” stated Yasmin Sooka, Chair of the Commission.

Fighting stopped when the two men signed the 2018 deal, but progress is at risk of halting, according to the UN Special Representative in the nation, who briefed the Security Council in December.

Ms. Sooka and her colleagues, Commissioners Barney Afako and Andrew Clapham, will leave South Sudan on Saturday after visiting the capital, Juba, and Yei in the southwest.

They are tasked with investigating the human rights situation, assisting in the fight against impunity, and collecting and preserving material that will be made accessible to transitional justice processes, including a hybrid court set up in accordance with the peace treaty.

The Commissioners spoke with a variety of people, including top government ministries and officials, civil society, survivors of human rights breaches and abuses, religious leaders, members of the diplomatic community, UN agencies, and UNMISS, the UN Mission in the country.

“Most South Sudanese interviewed by the Commission indicated a desire for political leadership to ensure peace and justice, for which the Agreement offers a path,” Ms. Sooka stated.

Meanwhile, civil society leaders have complained that they are afraid to address the human rights situation for fear of being retaliated against by the security services.

During a meeting with the Ministry of Justice, the Commission reaffirmed its willingness to assist the Government in fully implementing Chapter V of the Agreement, which addresses transitional justice, accountability, reconciliation, and healing, building on a joint workshop held in Nairobi, Kenya in December.

The Commission cited a lack of progress in implementing important sections of the accord that contribute to insecurity and impunity, such as agreement on military forces unification and deployment, as well as agreement on command structures.

According to them, violence is still prevalent at the subnational level, and it is marked by displacement and serious human rights abuses, including sexual assault.

“Yei is a case in point, where troops awaiting assignment to an united national army are under-resourced and subsequently prey on the public,” they stated in a statement.

South Sudan will have elections next year, but the nation is at a “tipping point,” according to Mr. Afako.

“The pursuit of elections risks stoking violence and divisiveness if the necessary institutions, constitutional and electoral legislation, as well as logistical procedures are not initially in place,” he added.

“It is also vital to look beyond the electoral moment and consider what political system people would vote for, especially given the delays in developing a constitution upon which elections would be held.”

Chapter VI of the peace accord calls for the creation of a permanent constitution to serve as the foundation for the future political system.

According to the Commissioners, if done correctly, the constitution-making process might contribute in addressing the core causes of continuous conflict and instability. On the other side, if managed incorrectly, it may exacerbate existing grievances, perhaps leading to future conflict. 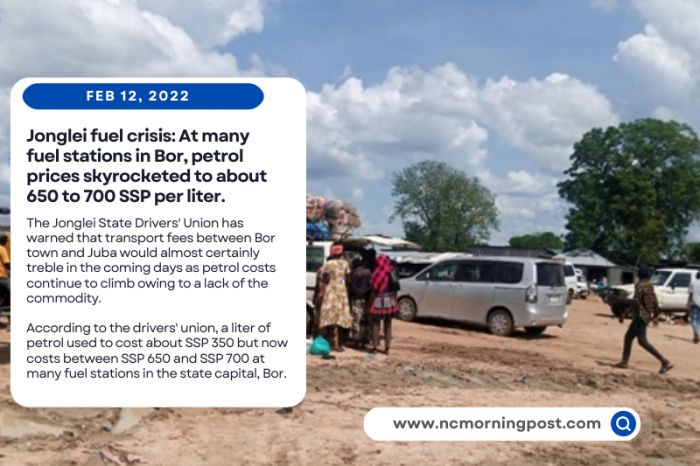 Jonglei fuel crisis: At many fuel stations in Bor, petrol prices skyrocketed to about 650 to 700 SSP per liter. 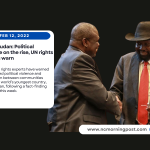