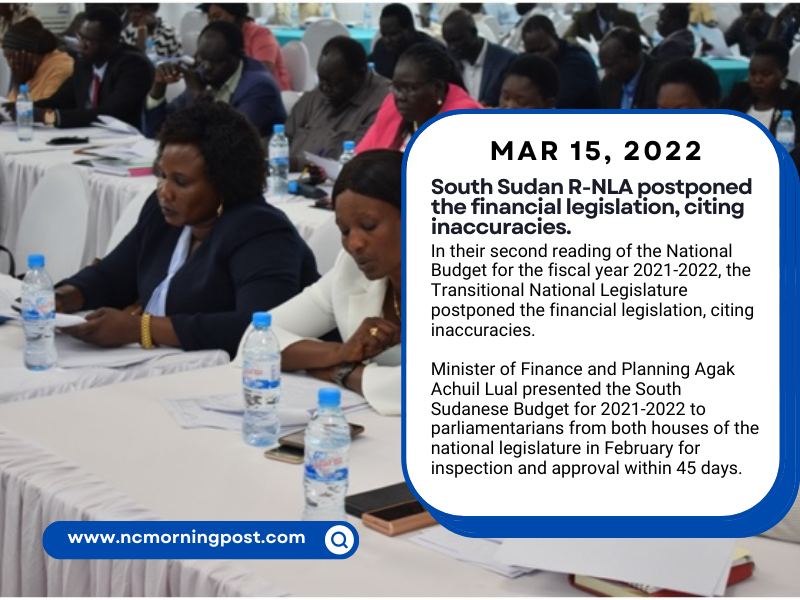 In their second reading of the National Budget for the fiscal year 2021-2022, the Transitional National Legislature postponed the financial legislation, citing inaccuracies.

Minister of Finance and Planning Agak Achuil Lual presented the South Sudanese Budget for 2021-2022 to parliamentarians from both houses of the national legislature in February for inspection and approval within 45 days.

After weeks of scrutiny by several specialized committees, the 2021/2022 Annual Budget was tabled for the second reading yesterday, but the parliamentarian Committee on Finance and Planning, led by Changkuoth Bichiock Reth, quickly requested the withdrawal of the Financial Bill, one of the key bills preceding the budget bill.

According to Bichiok Reth, the finance bill had inaccuracies and that extra time was required to remedy the faults.

“Right honorable speaker, honorable members of the august house, the committee (Finance and planning) scrutinized and analyzed the financial bill 2021-2022 and discovered several errors and omissions that required further analysis and schedules, so the committee decided to withhold the bill for more time because the financial bill that was presented to us has a lot of pages, a lot of errors, a lot of omissions,” Changkuoth Bichiock Reth said.

“For this, we want a few extra days to complete the task.” “I am delighted that the Minister of Finance and Planning is here in town, then other Ministers’ concerns, the taxes are around because there are a lot of things missing inside the law, and we can conclude within one week,” he said.

He said that the funding had already been depleted and was set to expire in a few months.

“The budget was given to the R-TNL eight months late, and the quarterly reports were not available since the money had already been spent.” “The FY 2021/22 budget is set to expire in three months,” he stated.

In another event, MPs approved the Appropriation Bill, proposed legislation that authorizes the use of government funds. It saves money for certain purposes and controls expenditure.

Dengtiel Ayuen Kuur, Chairperson of the Legislation and Legal Affairs Committee, indicated in his presentation of the Appropriation Bill that the Ministry of Finance and Planning did not practice budget discipline.

“Honorable Speaker and honorable members, below are the observations and recommendations after taking into account contributions; the Ministry of Finance does not observe budget discipline, some spending agencies receive more than their appropriated budget at the expense of other spending agencies,” Dengtiel said.

He also said that the Finance Committee is still working on harmonizing the appropriation amounts.

He blamed certain agencies for refusing to work with the national tax authority.

Jemma Nunu Kamba, the speaker of the TNLA, assured that the National Budget will be passed by Wednesday.

“Respectable members” I believe the chairperson’s concern was that the next sitting, which is the third and fourth reading, be held on Wednesday because they would want to work on some of the observations and modifications that you have presented tomorrow; otherwise, they may convene tomorrow. “They need to be delivered tomorrow so that they can include your thoughts,” Nunu remarked.

“We meet on Wednesday for the third and fourth readings, and we should get the budget passed by Wednesday,” she vowed. 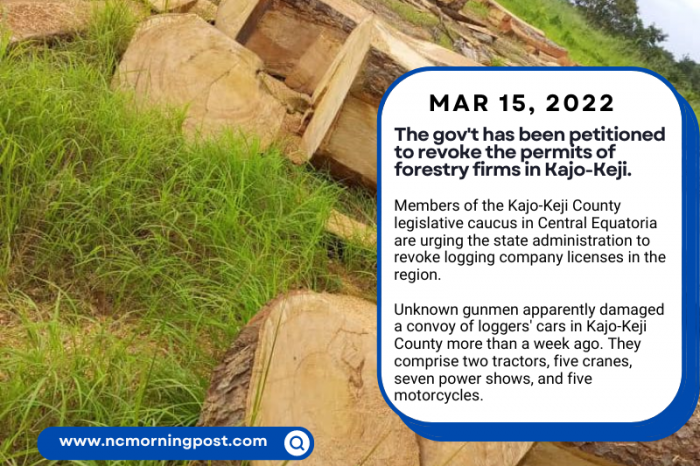 The gov't has been petitioned to revoke the permits of forestry firms in Kajo-Keji. 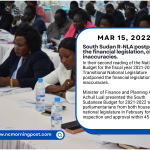