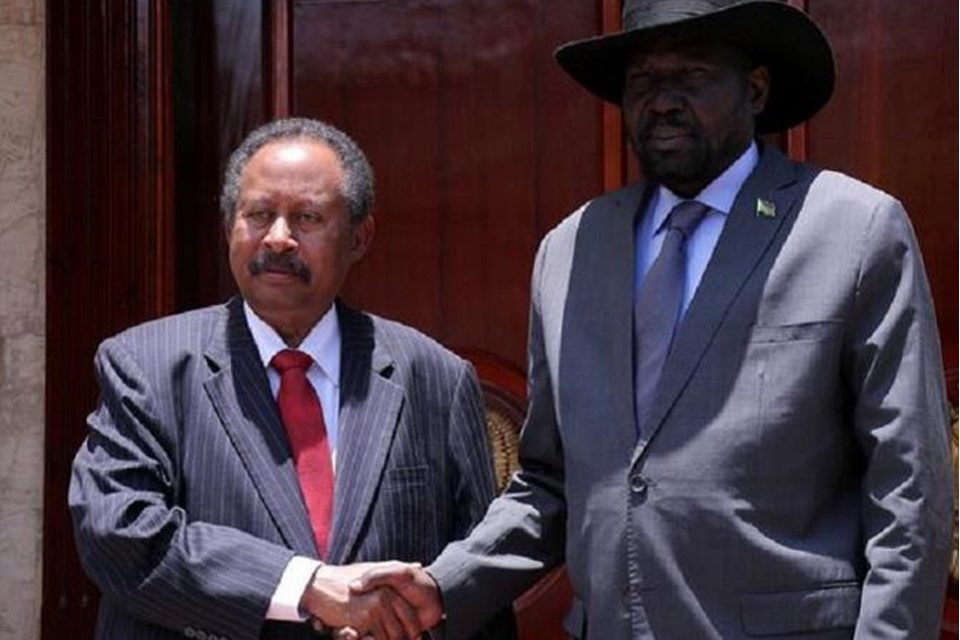 Both the Sudanese and South Sudanese Governments have agreed to reopen their borders, starting with the immediate operation of four gazetted border crossing points.

This was the result of a three-day state visit by Dr. Abdallah Hamdok to South Sudan’s capital Juba over the weekend.

The South seceded in 2011, and the border was closed. Khartoum at the time blamed South Sudan for supporting rebels in Sudan’s Southern Kordofan and The Blue Nile Region. Sudan’s former President Omar Hassan Al-Bashir briefly ordered the opening of the border in January 2016.

“During the Visit, many issues were discussed, among them The Cooperation Agreement and How to Operationalize the Cooperation Agreements which were signed in 2012. Minister Mathok stated that the Ministers were going to operationalize the implementation of these agreements, including opening of borders. “The two countries agreed to start with four border crossings: Buram –Timsah in Western Behr El Ghazal State Meram –Wanjok in Northern Behr El Ghazal State Jebelain Renk In Upper Nile State and Kharasana Pan Akuacin Unity State.

He added: “The two governments agreed that on 1 October they would officially launch the opening of borders at Jebelain town. This will be attended by both sides and stakeholders. Other means of transport will also be open, including river and railway transport.

Mariam Al-Sadiq al-Mahdi (Sudanese foreign affairs minister) said that Dr. Hamdok’s visit was historic because it marked an important phase in the relations between the two countries.

“This visit, as Dr. Abdallah Hamdok stated, is historic because it marks a very important phase in the relations between the sisterly countries. It is true that we are one people in two countries. It’s been used as a slogan, but now we are here to make this [Slogan] a reality,” Al-Mahdi, Foreign Minister, said.

Al-Mahdi stated that “This visit was preceded by an Advance Preparatory group headed by Ambassador Abdurrahman Bakhit (Sudanese Special Envoy to The Peace Of South Sudan), and it was well prepared for and it materialized the high political will of both countries to cooperate. There are three important MoUs that have been signed and the new thing about them is that they come with a timeline. Al Jebelain will open the border on October 1. Between 4 and 5 September 2021, the Joint Political And Security Committee will meet in Juba.

She stated that the Ministries of Foreign Affairs have been assigned to look at all agreements since 2012 in order to update and upgrade them according to new developments and openness between the two governments.

Dr. Hamdok, who is currently the Chairperson Of IGAD, was accompanied by The Ministers Of Defense, Foreign Affairs, Trade, Transportation, and The Governor Of The Central Bank Of Sudan, as well as other senior government officials. 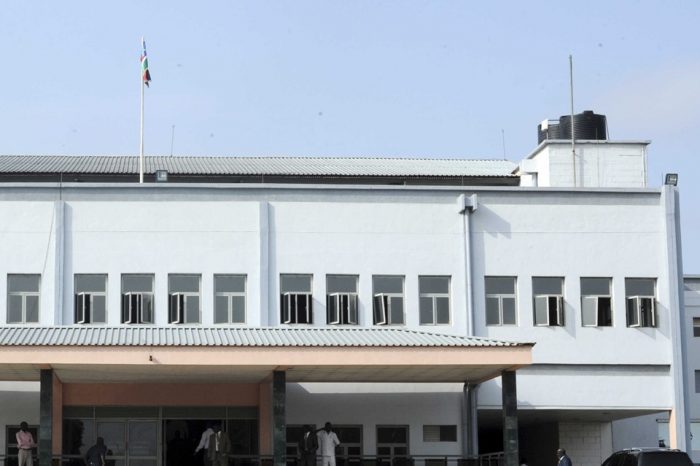 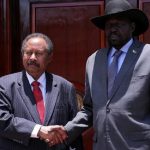