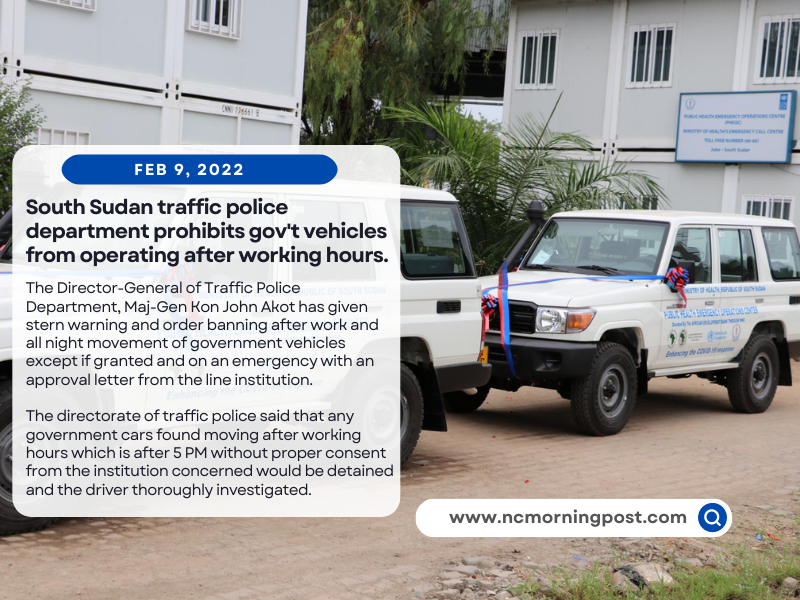 The Director-General of Traffic Police Department, Maj-Gen Kon John Akot has given stern warning and order banning after work and all night movement of government vehicles except if granted and on an emergency with an approval letter from the line institution.

The directorate of traffic police said that any government cars found moving after working hours which is after 5 PM without proper consent from the institution concerned would be detained and the driver thoroughly investigated.

In many occasions, some government officials and drivers use motorcar for their personnel interests in odd hours and are even found in strange places.

In a public announcement read on state-owned TV and Radio SSBC, Maj-Gen Akot informed all government institutions to adhere to the order or face severe legal implications for defying the directives.

“The administration of South Sudan National traffic police, office of the Director-General informs all government institutions that, any government vehicle being driven after working hours should have a permission letter from ministry or institution concerned,” read in parts of the statement.

“Any government vehicle found without permission letter and after working hours must be detained and driver should be investigated,” added the statement.

According to the Ministry of Labor, the official working hours in South Sudan start at 8 o’clock in the morning up to 5 o’clock in the evening from Monday to Friday.

Last September, the Traffic Police Director General banned all vehicles with tinted glasses on the streets in South Sudan, including factory shaded glasses saying offenders would face the law. 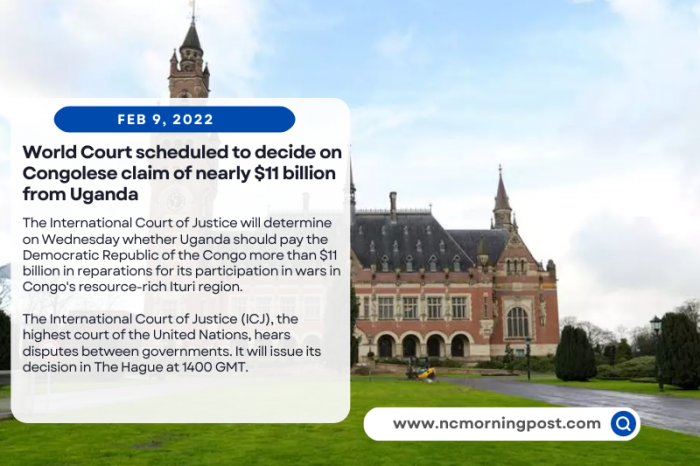 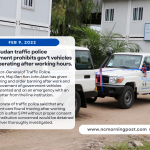