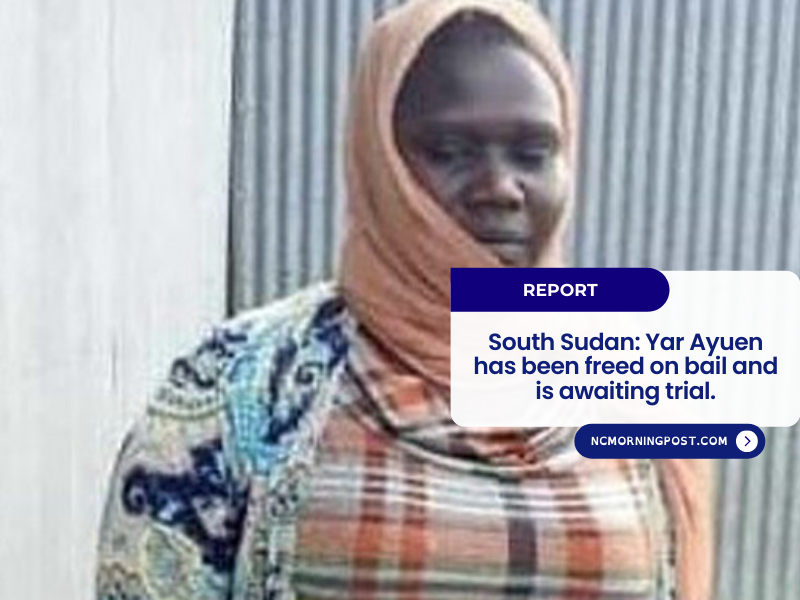 Yar Ayuen, an outspoken young lady who has been jailed since Monday on suspicion of defaming an army general, was freed on bond Wednesday awaiting her court appearance.

Brig. Gen. Ajak Ayuen, an army general in charge of a combined action team charged with clamping down on criminals and individuals perceived to be wearing indecent clothing by the government, ordered Yar’s arrest on Monday after his soldiers reportedly harassed her for indecent dressing.

According to the police, Yar was detained after Gen. Ayuen filed defamation charges against her after her social media posts alleging that she had been harassed, threatened, and coerced into undressing by his men.

According to a Radio Tamazuj report seen by NCMP, the distraught Yar acknowledged her release without offering any information.

Meanwhile, Ter Manyang, a civil society activist with the Center for Peace and Advocacy, applauded Yar’s release and emphasized the need of a fair trial.

She has been discharged, and due to the fact that tomorrow (Friday) is the end of the week, she will appear in court the following week. Yar, the general asserts, defamed her after going live to describe what had occurred. “Our assessment is that Yar may not get a fair trial due to the fact that the case involves an army general who may exert influence on the court,” he said.

Sebit Buol, the High Court clerk, said that the matter has not yet been referred to the court.

Yar’s case with the police has not yet reached us. It is still in the custody of the police, “he said. 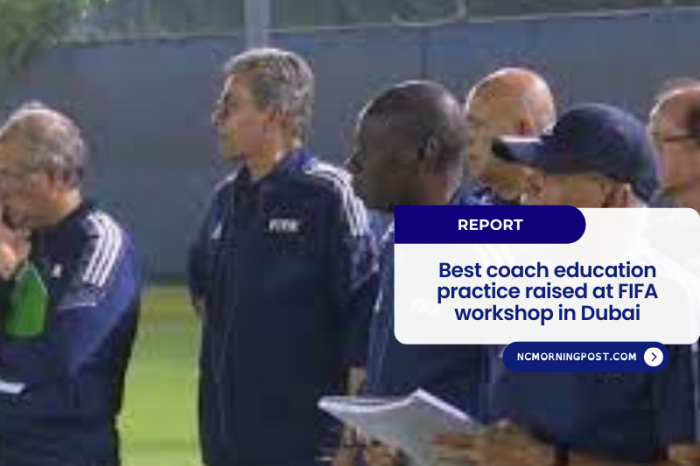 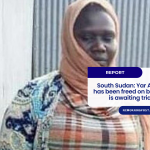